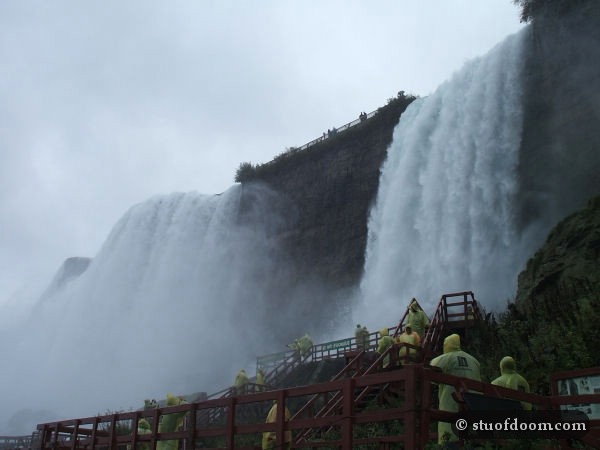 We were told this was a must-do if going to Niagara Falls.  The Cave of the Winds can be found on the New York side.  The name is somewhat misleading, as there is no cave anymore; it was made unsafe and then ultimately destroyed by falling rock.  When we learned we weren’t going to a cave, we began to wonder what exactly we paid for.  Well, there may be no cave anymore, but there is the opportunity to walk almost directly under the falls.  Many platforms and walkways constructed by wood (the tour guide said these are dismantled and rebuilt every year) let visitors walk directly into the falls’ power.  Seriously.  It can throw you around a bit. 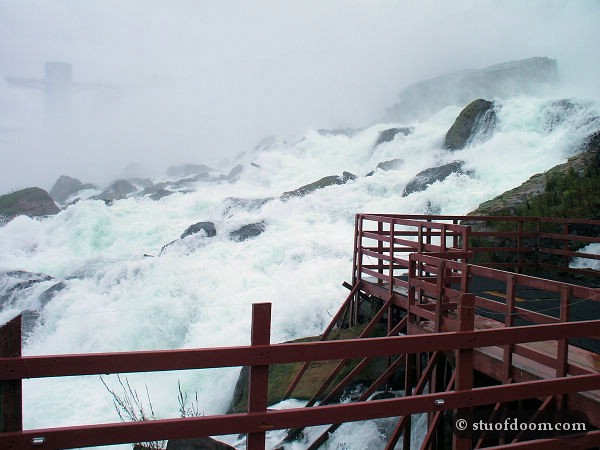 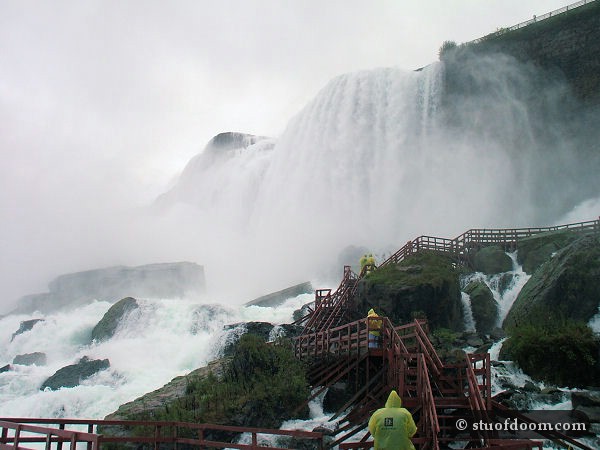 The Cave of the Winds is found in Niagara Falls State Park, which has some great views from the top of the American Falls. 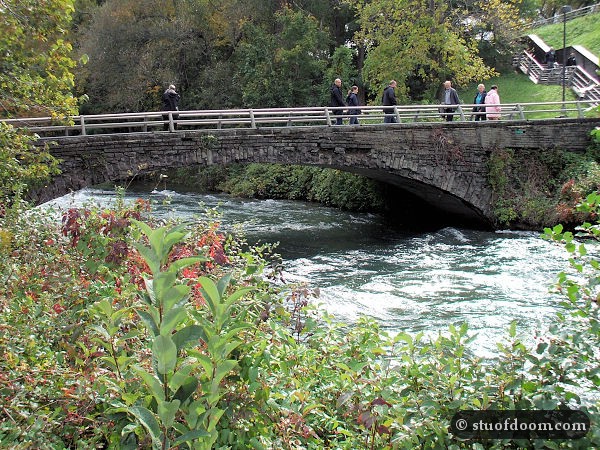 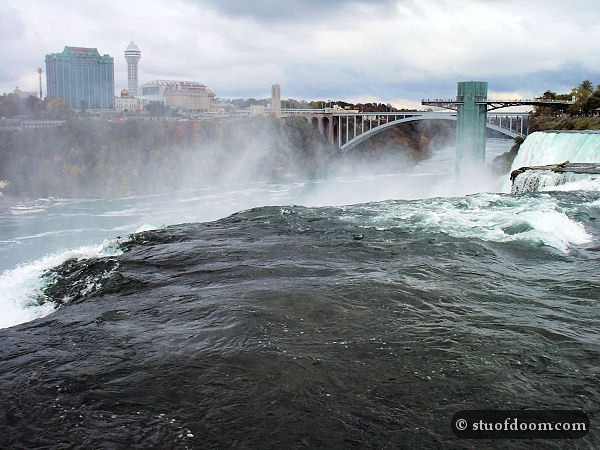 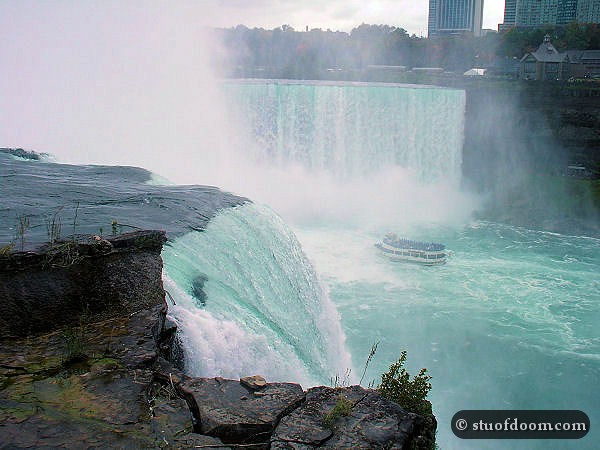 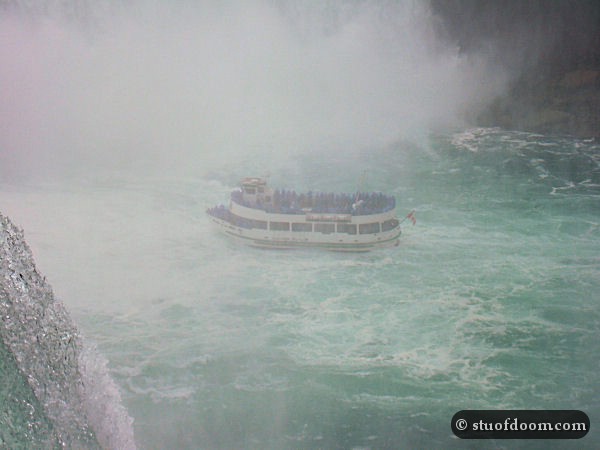 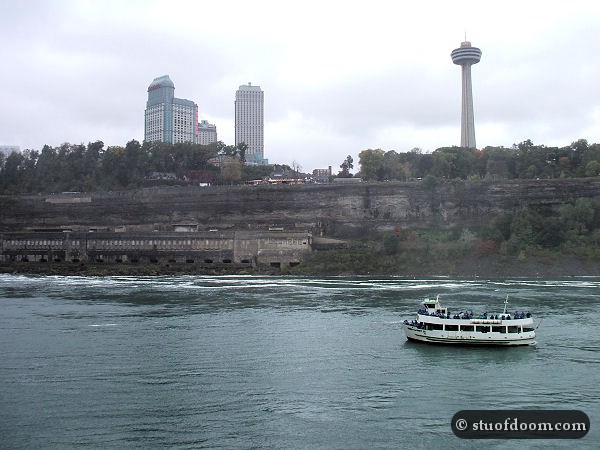