These are things I’ve written or contributed to. Hopefully this will grow. 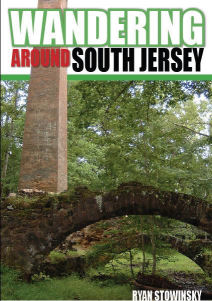 My first book, where I both wrote and did the photography. Features 31 places in the lower 8 counties of New Jersey – Cape May, Atlantic, Ocean, Burlington, Cumberland, Gloucester, Camden, and Salem. All places in the book were selected from the website. The premise was to pick a good mix of places that were both well known and little known. Lucy the Elephant and the Carranza Memorial are better known, while few have heard of Thompson’s Beach or Clark’s Landing. For the most part, the book expands on what is written on the site. Most of the photos in the book are different than those on the site.

Available on Amazon, Barnes & Noble, or directly through my publisher. Also available in most South Jersey book stores and the Philly area. If yours doesn’t have it, ask them to order it. 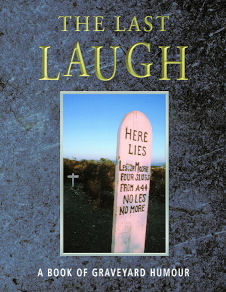 The Last Laugh
by Marlin Press

My first book appearance. Features 2 photos of unique graves and some text from the website. Pics of my pages can be found here.
Released in the UK but available through Underground Humor. 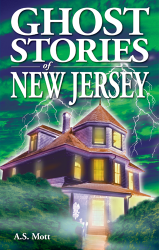 Ghost Stories of New Jersey
by A. S. Mott

Features 2 photos of Lambertville High School from the website. Pics of the pages featuring my photos can be found here.
Available in most book stores.

Not Yet Released
by Yves Huppen

Features a photo of Mercy Brown’s grave from the website. The release date has been delayed and is currently not known. 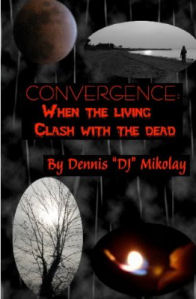 Convergence: When the Living Clash with the Dead
By Dennis “DJ” Mikolay

Features an interview with me about my excursions to the Marlboro Slaughterhouse.

Articles/Appearances (that I know of)

2 page article about the book and an interview with me.

Featured in an article about one of my signings, a group signing featuring 2 other South Jersey authors and a filmmaker (Local Author Symposium held at Borders in Mays Landing).

Full page article about the local author symposium I attended at the Borders in Mays Landing. Also includes the book’s synopsis lifted from the publisher’s website, complete with their typos.

Features a 2 page interview with me.