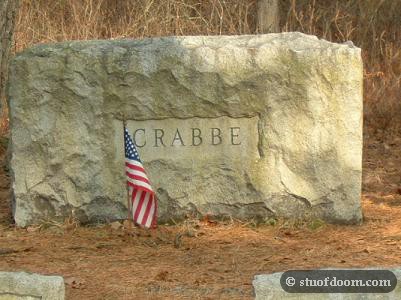 This place is another good example of rumors leaving stuff out, yet adding other stuff in to make it seem like more that it really is. I heard about this one for over a year before finding it. When I worked at a wholesale store, my friend there used to talk about all his trips out in the Pines and up to Forked River Mountain. He then mentioned something about a hidden cemetery near Double Trouble State Park that he never could find. It was out in the woods outside of the park. There was also supposed to be all kinds of security around it at night. I’d ask him about it once in a while, but he’d just tell me the same thing: he still hadn’t found it. One time, one of the other workers there overheard us talking about the cemetery. She told me she knew where it was. She goes to the cranberry festivals the park has each year, and she told me it’s right in the park off a side trail. Of course, I didn’t know WHICH trail. Now it was just trial-and-error. I attempted 2 or 3 trips to find the graveyard. The first few trips I chose the wrong trails and followed them for a good distance.

It took me a few times to find it, and when I finally did, I had mixed feelings. I was relieved that I finally found it and proved the rumor true, but then disappointed for a few reasons. First off, it’s not a very big cemetery; maybe 10 stones, if that. Secondly, it’s not really hidden. It’s off a side trail maybe 30 feet or so. The trees do hide it though, so you have to be looking for it to see it. I thought about it afterward, and I decided the cemetery’s not so bad afterall. If it were bigger, that means it’d be easier to find and it wouldn’t be as odd. I think a small, secret graveyard off a side trail is more exciting anyway.

I was told by someone that the cemetery used to be part of the park’s tour, but it’s not anymore. There aren’t even any signs with site information. The trail and graveyard aren’t included on maps. There are concrete blocks with holes in them, showing evidence of an old fence around the perimeter of the graveyard. 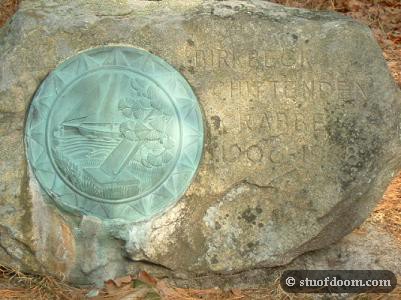 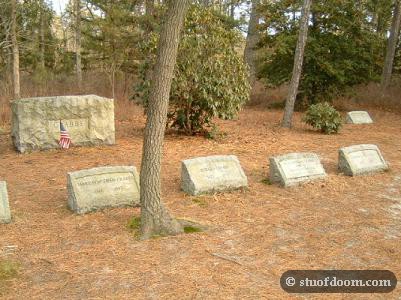 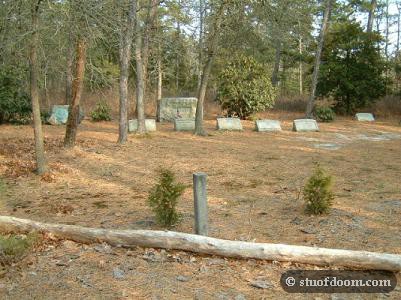