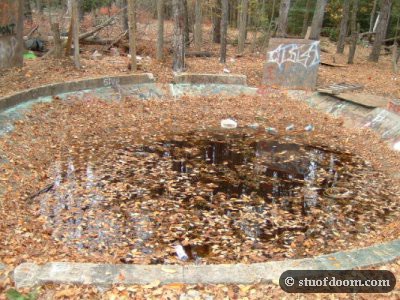 Not really sure where the name “Pickerel” came from; a friend of ours told us that’s what he called it, and I guess we were tired of saying “the woods by Clemente’s house”. These woods, found between Hooper Avenue & Fischer Boulevard in Toms River, were a stomping ground for me since my freshman year in high school. There were always strange things to be found back there, since the place is a dumping ground for slackasses who can’t be bothered to go to the actual dump. More interesting, though, were foundations and what looked like some sort of fountain or pool made of concrete. We knew some sort of building was back here at some point, but just what? It would take 9 years to find out.
About 6 years later I returned to take my first (and really bad) batch of photos and post the place on the site. 3 years after that, a friend of mine learned the true identity of the ruins in the woods…and we returned yet again.

Kids have done some interesting things in these woods over the years. In 2002 a big portion of the place was a paintball arena made of logs and the various trash lying around. Now it seems that’s all gone, and in its place we found a bunch of hangouts and forts, some built right on top of the foundations and rubble from the place’s original incarnation…which I’ll get to in a bit. 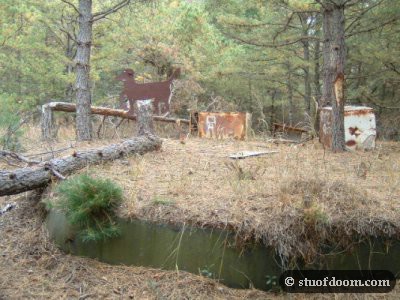 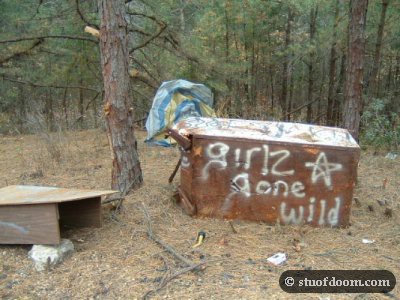 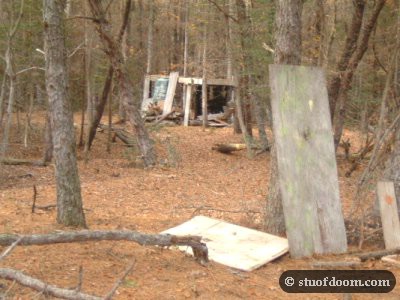 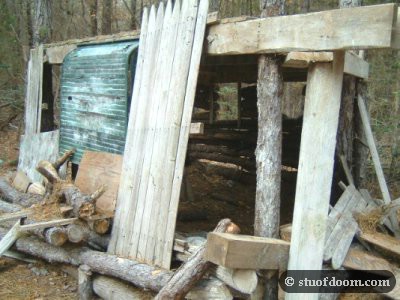 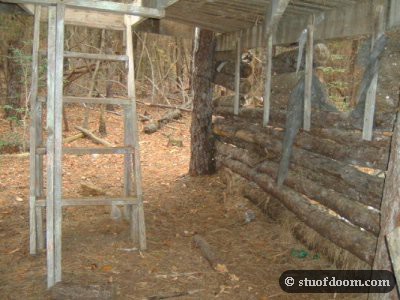 We were impressed with this one….not only are there stairs, but the back is like a log cabin.

OK, so what about the “pool”, and what about the foundations? Turns out decades ago, this area was a sort of theme park called Wild West City. Yes, I’m aware that there’s one up north somewhere. Whether the 2 are related or if the park was simply moved up north, I don’t know yet. We don’t know when exactly it closed or how long it was open, but from the sound of it, it closed in the early 60’s. Other than the pool/fountain/whatever it is and the occasional foundation, nothing is left of the park. 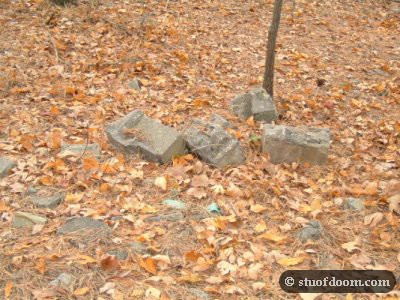 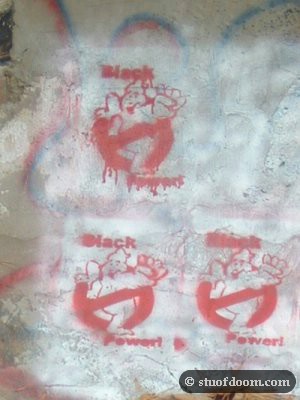 Painted on the side of the “pool”. Who you gonna call? Black power! 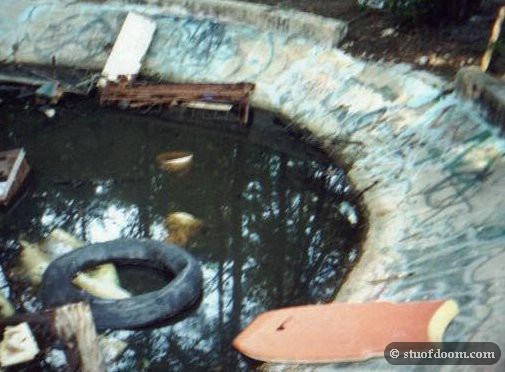 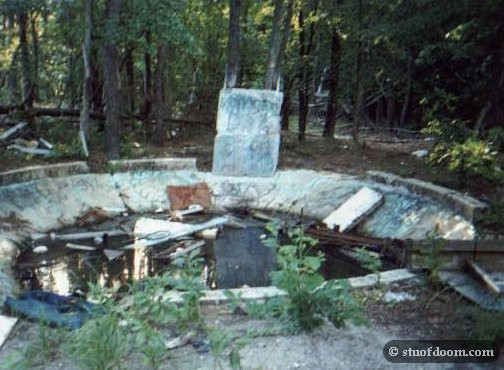 Trashed van that used to be off the trail: 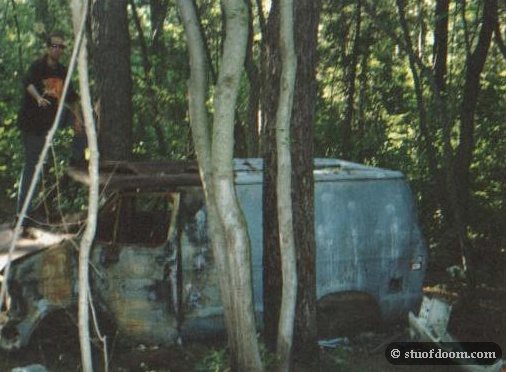 If I find out any more about this seemingly forgotten Wild West City, I’ll be posting it. If anyone knows more about it, feel free to drop me a line. I’d love to hear about it.