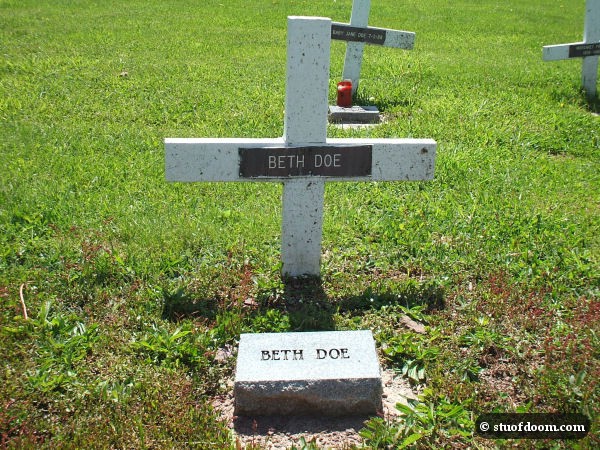 Who is Beth Doe?  This question has remained unanswered since December of 1976, when a woman’s body, cut up and stuffed into 3 suitcases, was tossed from a bridge along Route 80 near White Haven.  There was no identification on her.  There were no leads.  Nobody ever reported anyone as missing.  She was labeled as Beth Doe, and she and her baby (she was pregnant at the time of her murder) were buried in a potter’s field in Weatherly.

To this day, nobody has any idea who she was.  In 2007, Doe’s body was exhumed to see if modern technology could help identify her.  A few possible leads arose, but her identity remains a mystery. 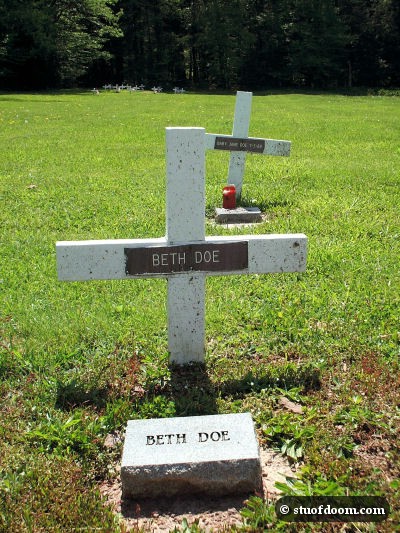 Directly behind Beth is a Baby Jane Doe: 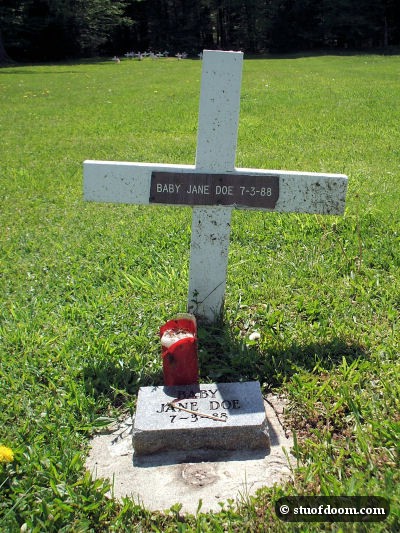 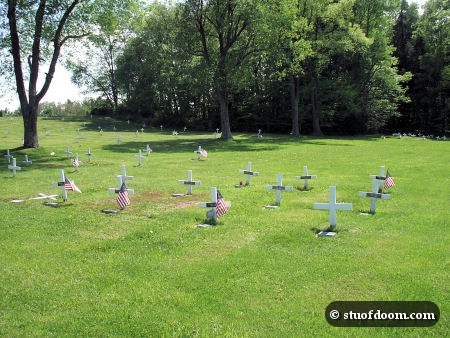 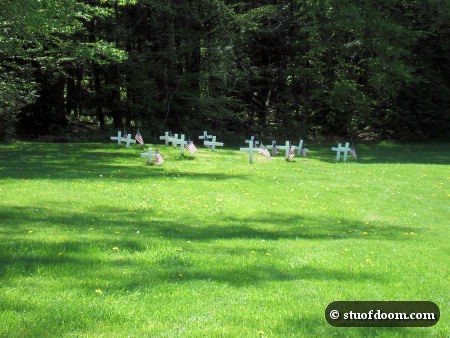 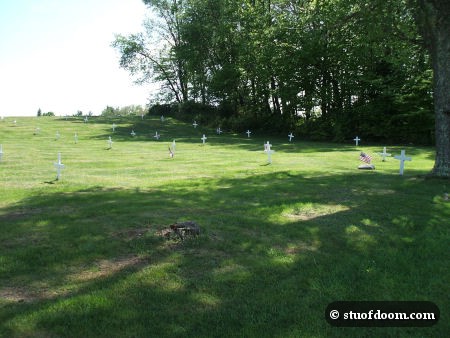 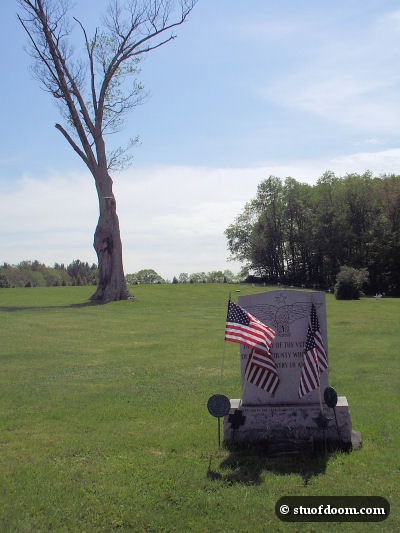 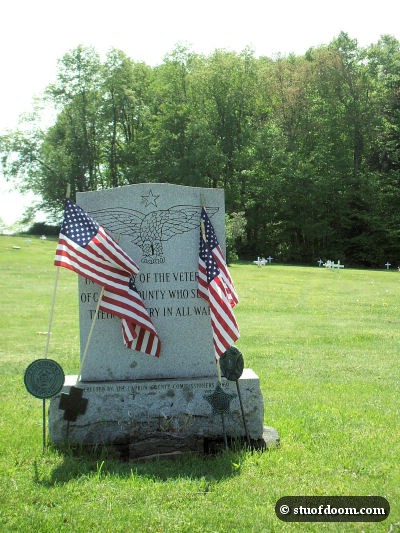 1 thought on “Grave of Beth Doe”