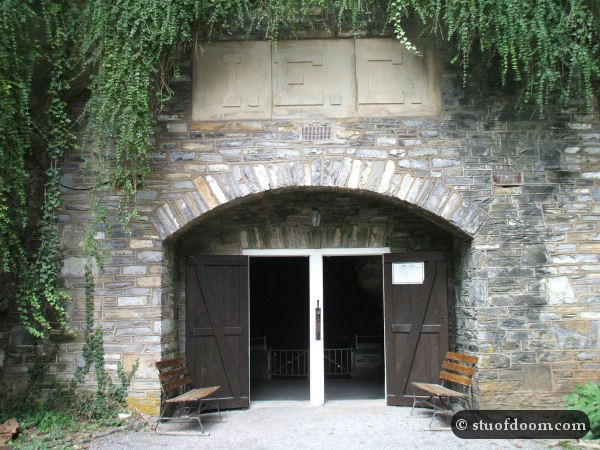 Indian Echo Caverns were the first caverns I ever went to.  I was only 10 or so and the family took a weekend trip to Hershey Park; the caverns are only a few miles away.  Since we were on a cave kick last summer, I decided to revisit Indian Echo to see how it compared to the other ones we went to and also to see if it was as cool as I remembered.  It didn’t disappoint, and out of the 3 caverns we went to last year, Indian Echo was our favorite. 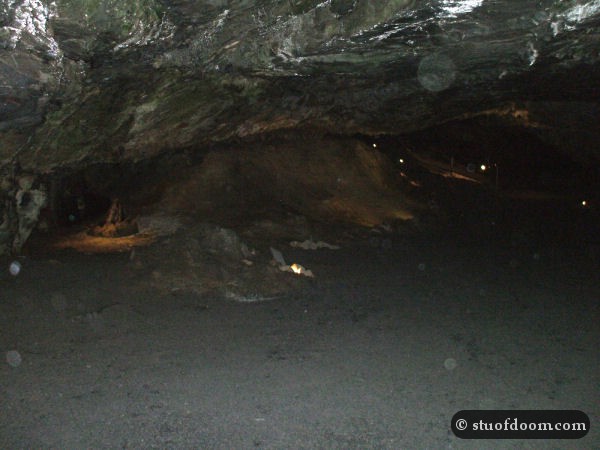 Indian Echo is significantly larger than other nearby commercialized caves.  As such, the tour is a bit longer, and it just feels like it’s much more worth the admission fee.  There are several rooms you tour.  As with all cave tours I’ve taken, the guide points out formations and what they supposedly look like (i.e., “the ear of corn”).  I also remembered from my childhood visit something about a hermit living in the cave.  This is indeed true, and his “bed” is shown at the end of the tour.  There is also the story of what the Cavern folks call the Mystery Box, a chest of peculiar items allegedly found in the cave by some explorers in 1919.  The box houses such random things as centuries-old coins and an apparent diamond-making kit (it doesn’t work, folks); the box is now displayed in the gift shop.

Despite its name, we were told there is no evidence of “Indians” ever going into the cave.  You can find 200+ year old graffiti inside, however. 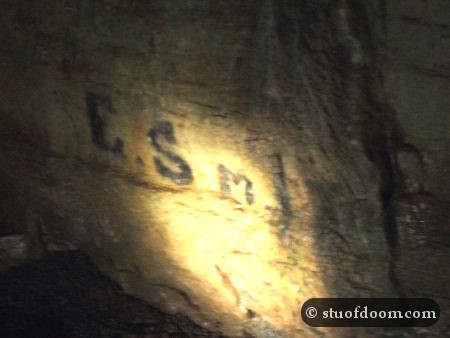 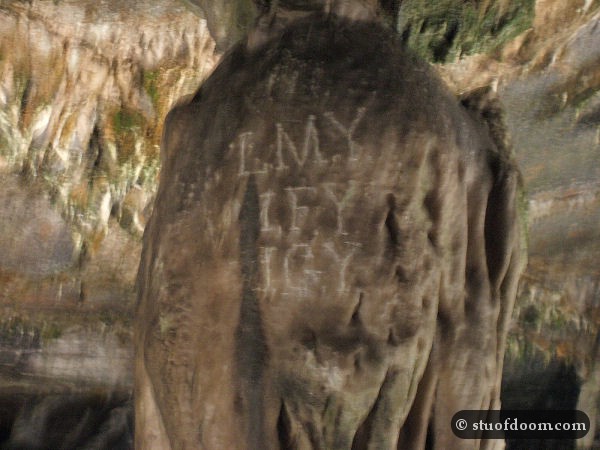 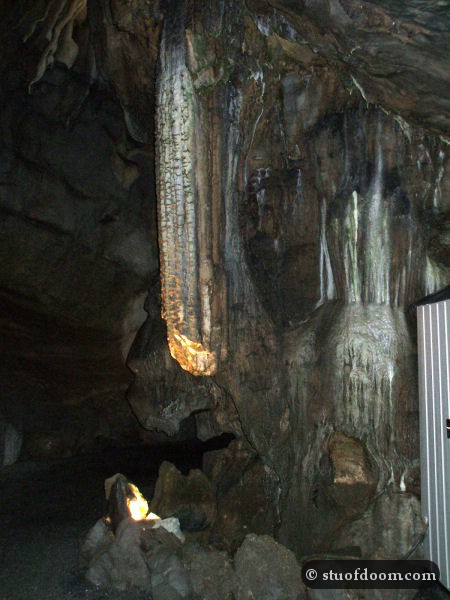 The “Ear of Corn” 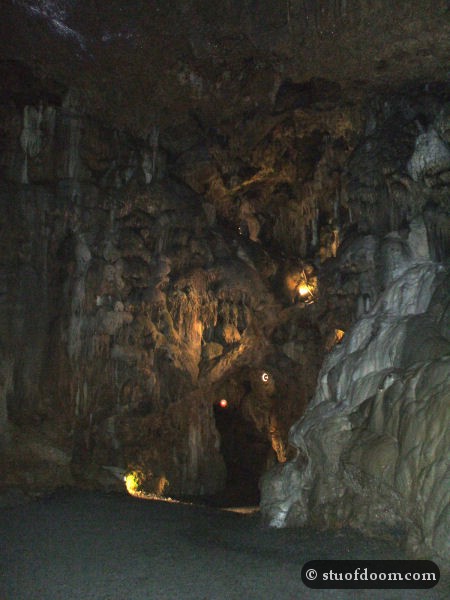 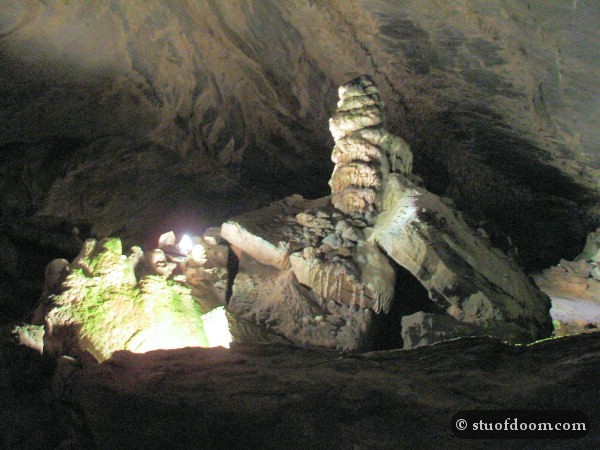 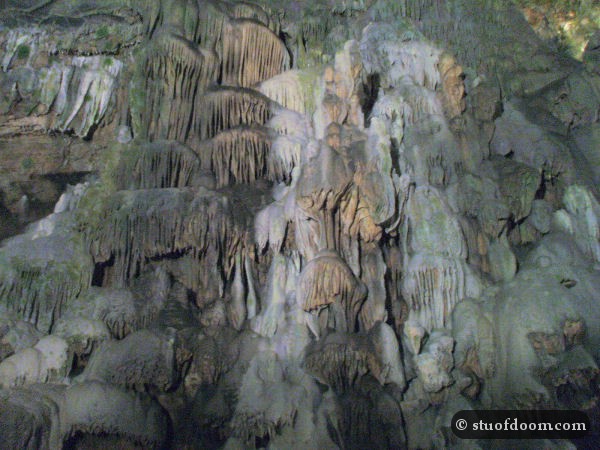 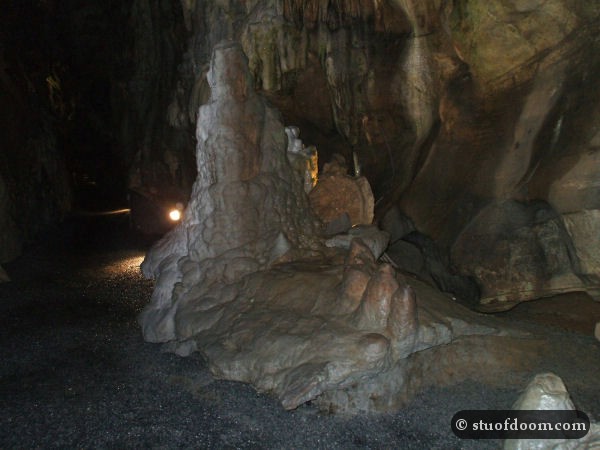 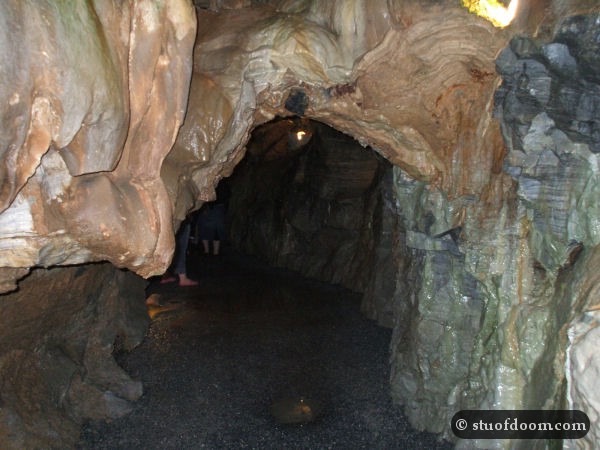 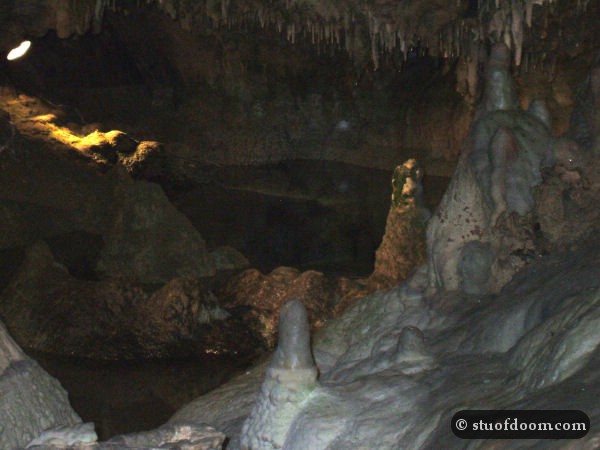 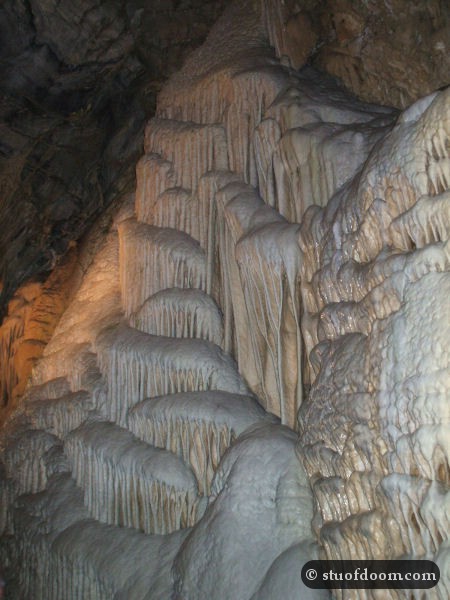 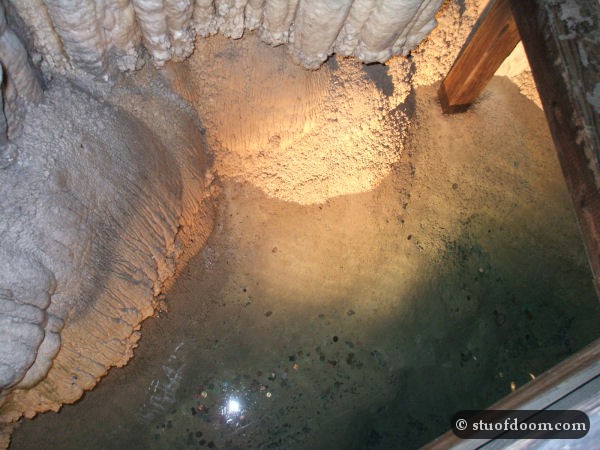 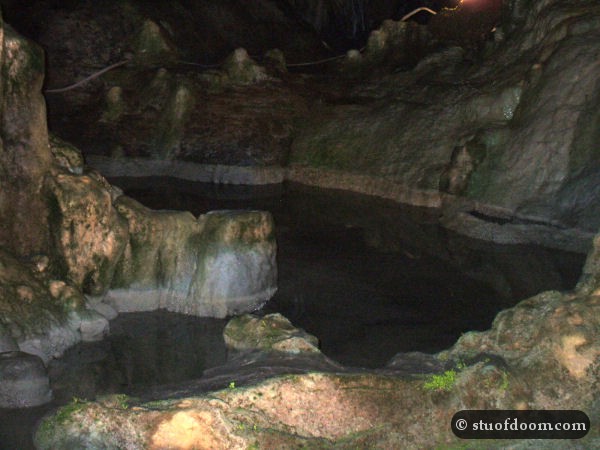 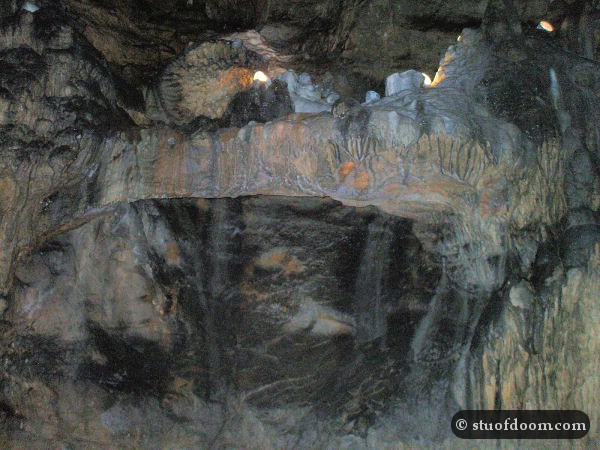 The hermit’s “bed” was this shelf of rock.  He lived in the cave for nearly 2 decades and was found dead in here. 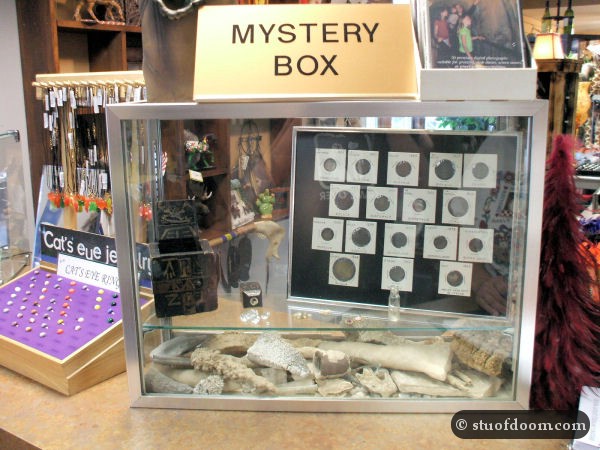