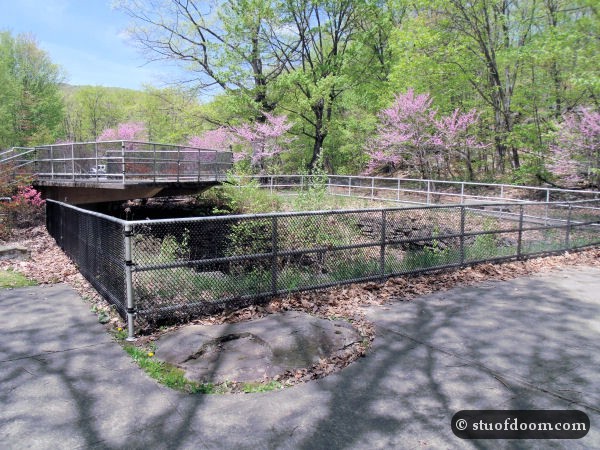 Now that’s a deep hole.  This is allegedly the largest pothole in the world, though I haven’t seen anything official confirming this.  The pothole was found accidentally in 1884 when miners were blasting underground.  The pothole was cleared out and was initially a privately owned tourist attraction.  It’s now a state park and free of admission.  Visitors are fewer in number, as it seems looking down a large hole has lost its appeal.  It is interesting for a few seconds, but I found myself thinking, “Next!”

The top of the pothole is fenced off but has a small observation deck going part of the way over it.  I was annoyed to see garbage at the bottom of it, but that’s to be expected I guess.  Even though I visited in the middle of May, there was still some snow and ice at the bottom. 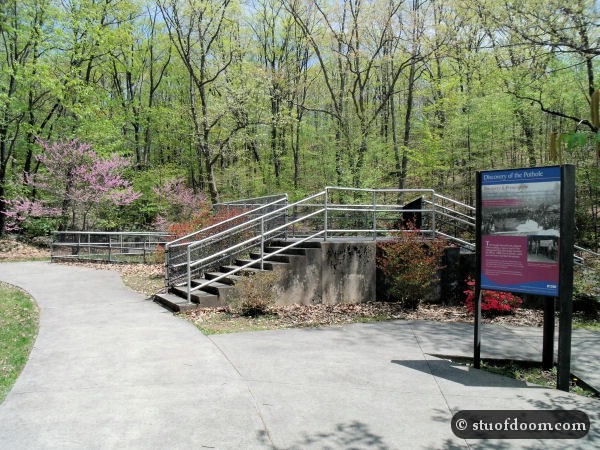 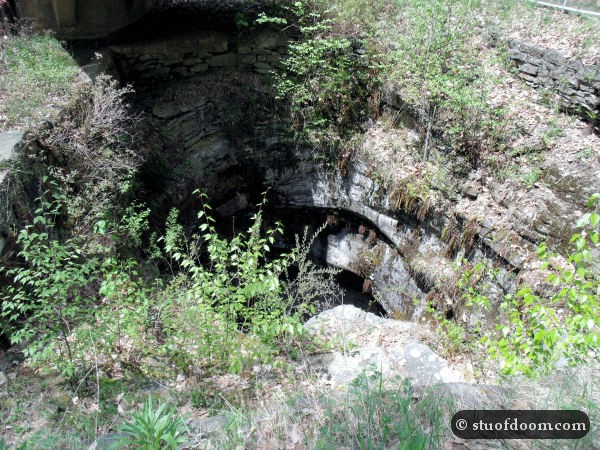 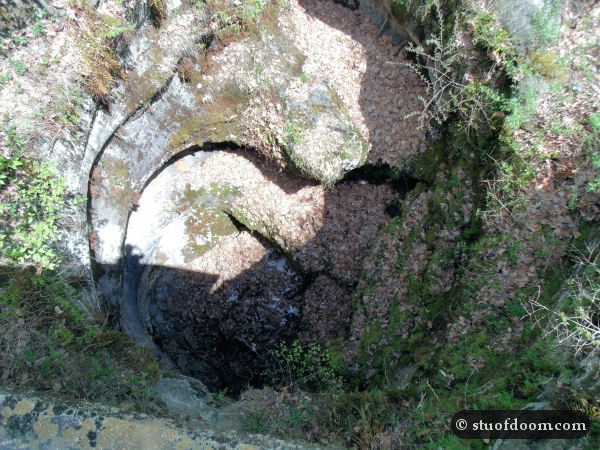 Archbald Pothole is just off US-6 BUS in Archbald.