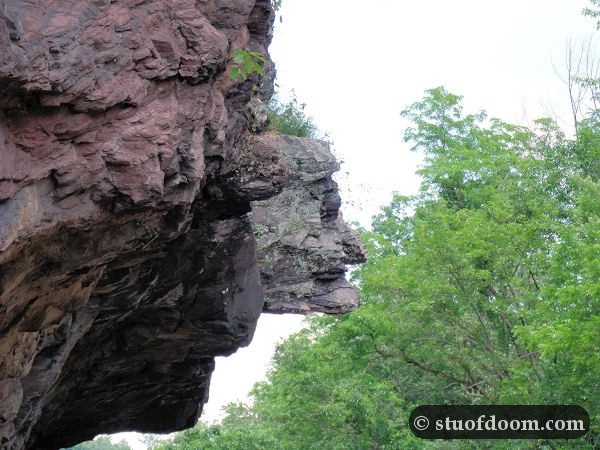 I was told of a rock not too far from me that resembled a Native American face, appropriately named Profile Rock.  The stone face is found on Route 42 between Catawissa and Bloomsburg.  Unfortunately, it’s also located right at a bend in the road, so if you go looking for it, be careful not to get hit by cars; they’re quite fast here.

When I first found the rock, I wasn’t that impressed.  This is because I was looking at it from the wrong side.  But that’s not enough; you also have to be looking at it from the correct point.  If you ever played Arkham Asylum or Arkham City, think of the Riddler’s question mark puzzles.  So after some experimenting and avoiding speeding cars, I figured it out.

From the pulloff (and the ‘wrong’ side): 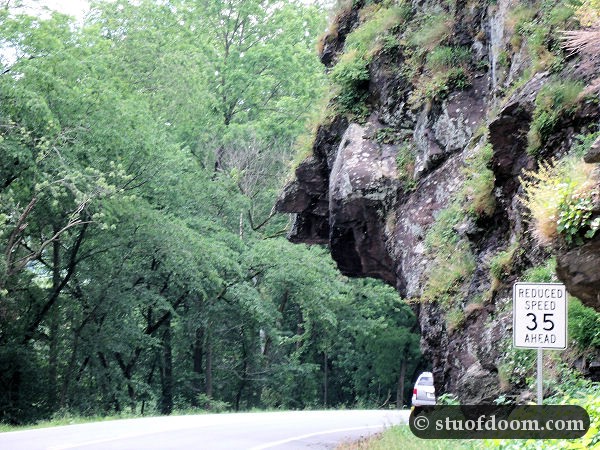 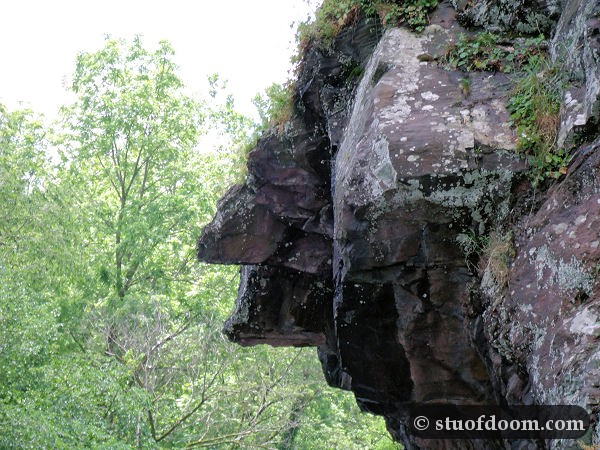 Now from the correct side, but wrong angle.  Kind of looks like a face, but not what I saw in other pictures: 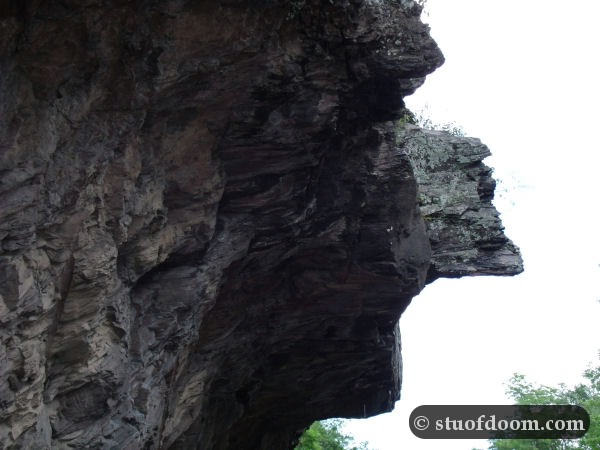 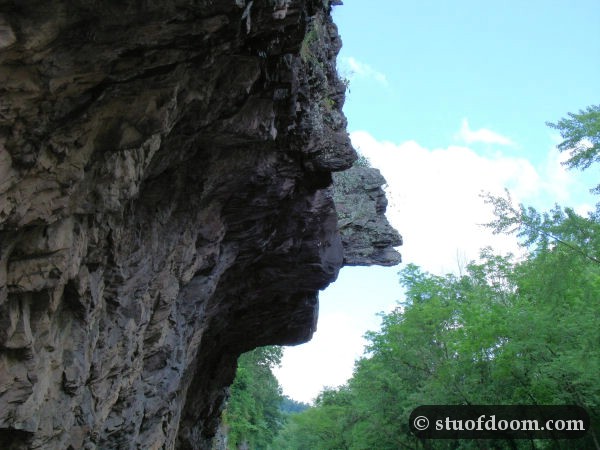 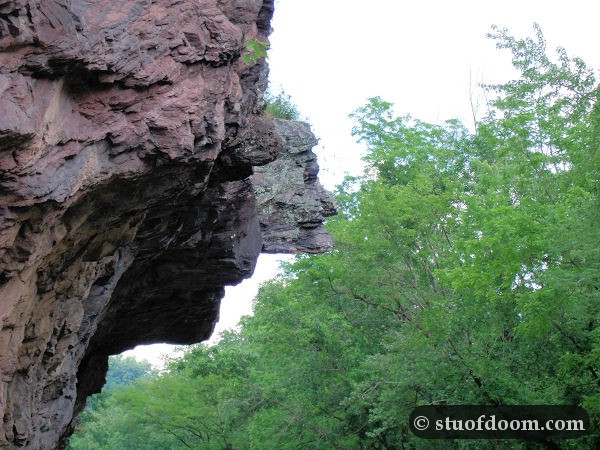 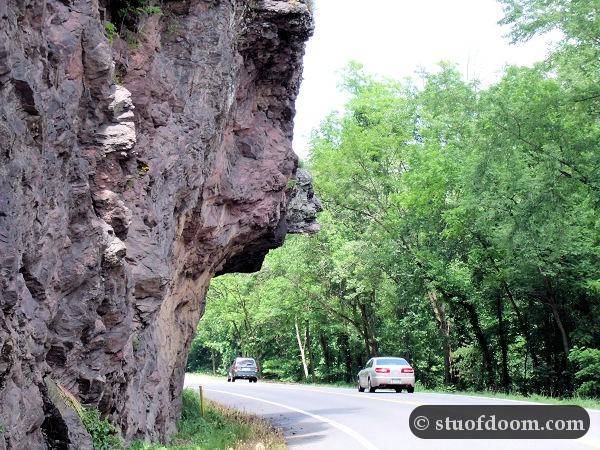 So there.  A rock face.  But only if you look at it a certain way.