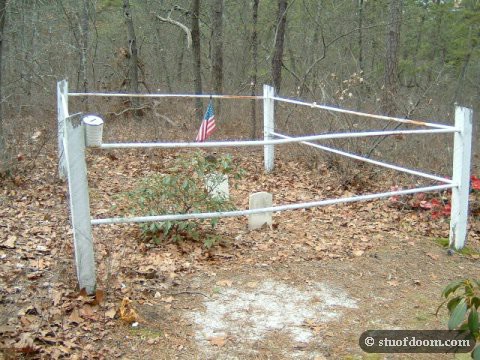 I heard about this spot a few times but didn’t get around to it until I found out a geocache is hidden near it.
Charles Wills lived for only 4 months (April-July 1839), yet his name would be remembered much longer than anyone else buried in this cemetery. His grave had the only stone marker; the rest were made of pine and have since burned or rotted away. The cemetery was named Eagle Cemetery, after the Eagle Tavern (nothing is left of the tavern). There’s a small donation can on the fence, but I’m not sure who takes care of the gravesite. 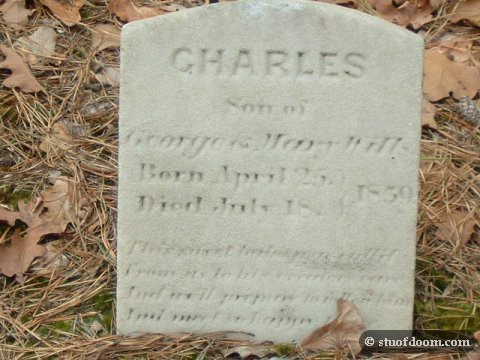 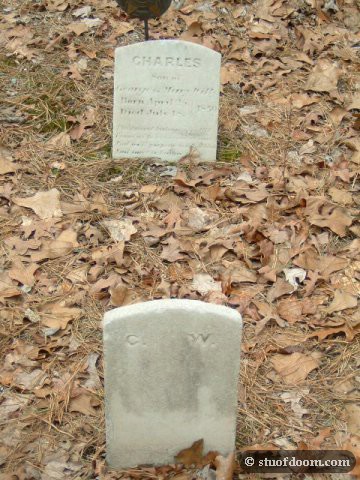 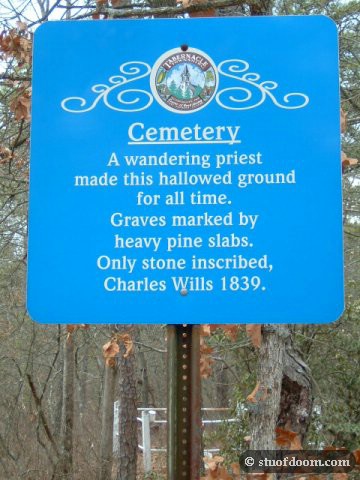