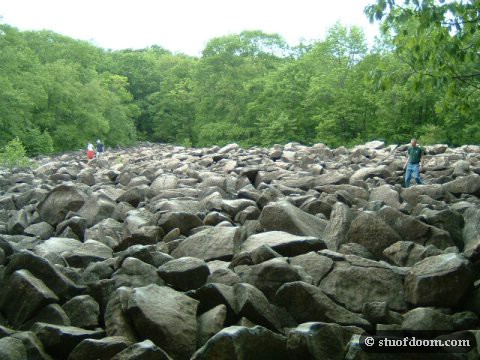 I was sent a link not too long ago for a small park in Bucks County, PA. It’s called Ringing Rocks because the rocks do just that….they ring. Well, some of them. I’d love to know who first figured out to do this, but we were told if you hit the rocks with a hammer, some will ring and can produce different tones. We had to check it out, so off we went.
We didn’t have a hammer with us, but we did have the next best thing – a tire iron. It worked just as well, if not better, than anyone we saw with a hammer. One guy was using a smaller rock and got the best sounds out of all of us. 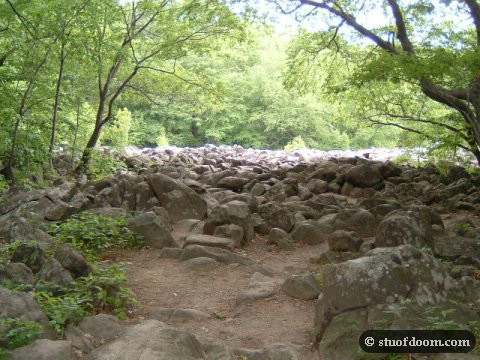 As you can see, the well forested trail just stops….at a field of rocks & boulders. These are the Ringing Rocks. The large white sections on them are from hammer strikes. 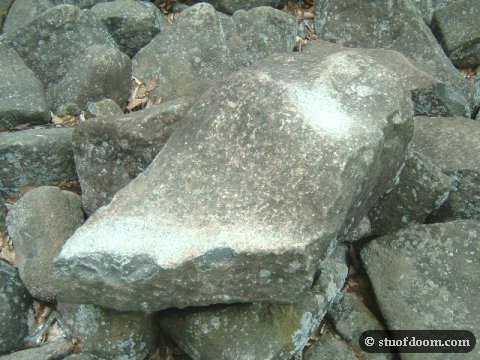 If you don’t like bugs, don’t go to Ringing Rocks. We saw numerous wolf spiders & giant millipedes on the rocks: 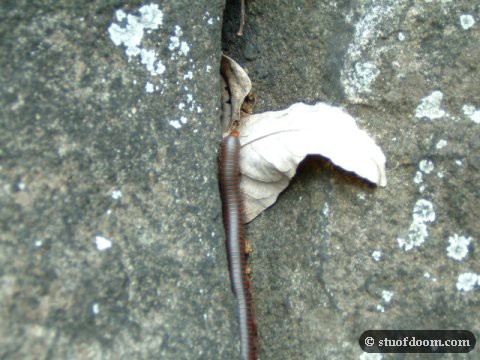 At one point it looks like the rocks end, but there’s actually another field of them behind the first. 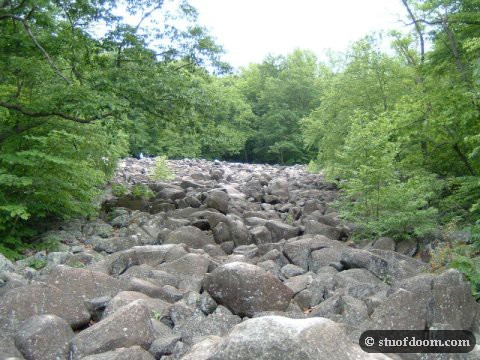 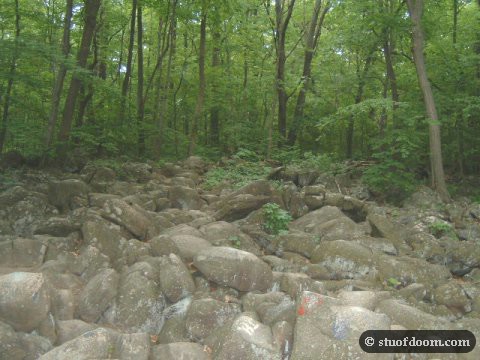