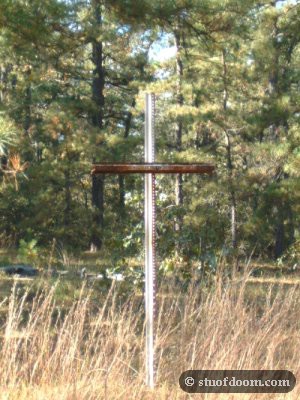 This was one of my obsessions. For years I heard about a pet cemetery hidden somewhere in the woods near Bamber Lake. I asked about it many times but nobody knew what I was asking about. I looked for it quite a few times at quite a few different places and always returned disappointed. Well, I finally found it; one of my more obsessive hunts is over. 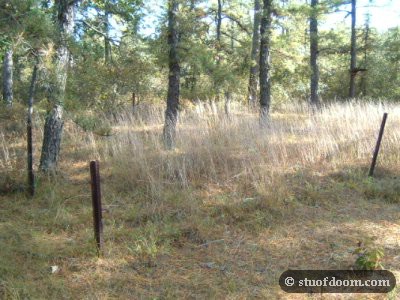 The cemetery in reality is not a pet cemetery; it interred people during the 1800’s, including people from a nearby community that was known as Ten Mile Hollow. Very little identifies it as a graveyard today though. A large cross made of signposts is at its front. Around its perimeter are posts of where a fence used to be, some of which have wood wired to them. As for the graves themselves, no markers remain….there are several bits of broken markers among the area though. We didn’t see any names on any of the pieces. I found it strange that only the grass inside the posts was more than waist-high.
I don’t really know why this has been rumored to be a pet cemetery. My guess is because of the lack of headstones, or maybe due to its small size. I also heard a few people describe some of the graves being covered with piles of rocks, which may have also led to the idea that it was for pets. But we saw no piles of rocks.
A few foundations are supposed to be in the nearby woods as well, but we didn’t look for them this time. I was happy enough with finding a place that had eluded me for years. 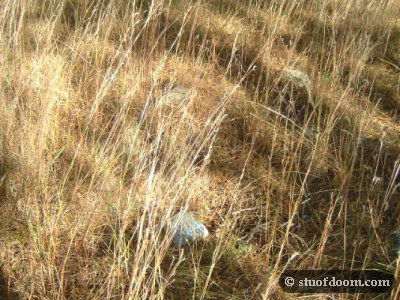 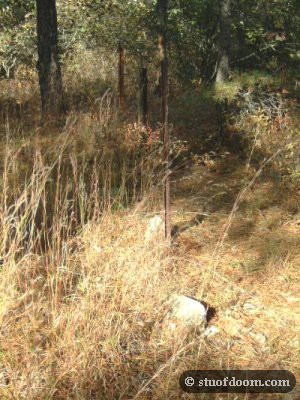 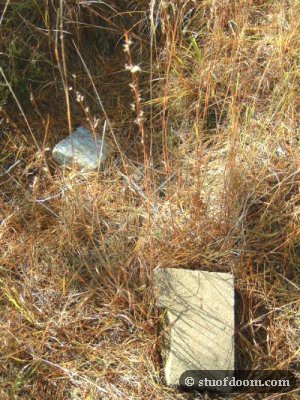 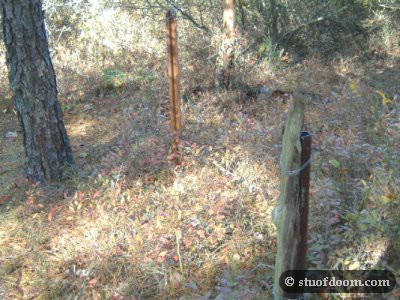 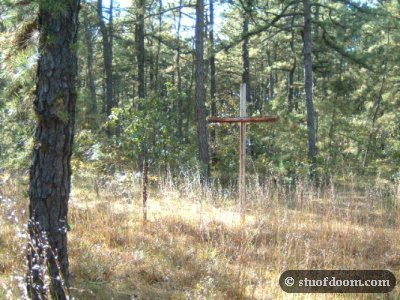 2 thoughts on “Hollow Field Cemetery – aka “The Pet Cemetery””