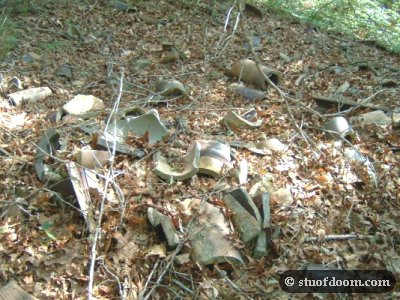 Next to nothing is left of Union Clay Works, which is well hidden in just about the middle of nowhere. Even more hidden is a tiny, tiny graveyard not far from the Works that Henry Charlton Beck briefly mentioned in Forgotten Towns of Southern New Jersey. The site of the Clay Works may have very little left, but the surrounding woods hide quite a few interesting treasures, such as cellar holes, remnants of other buildings, and several piles of terra cotta and bricks. Here and there you’ll find metal pipes sticking out of the ground.
Not a whole lot for thrill seekers, but for people appreciative of little known Pine Barrens history, the area around the Clay Works is worth exploring. 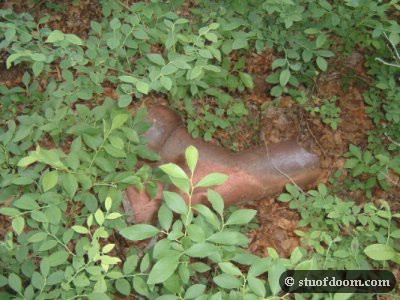 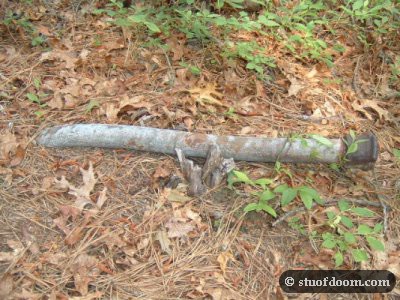 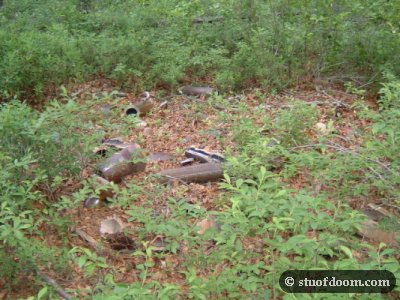 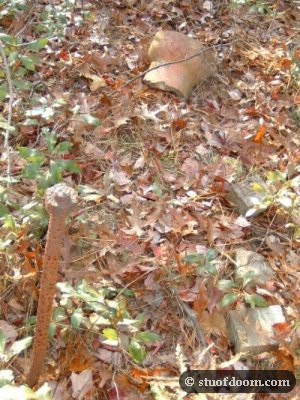 Finding the stuff around the Clay Works was nice, but what I really wanted to find was the cemetery. I did quite a bit research and made many trips to the area for over a year.

I’m saying this once, and only once – I’m not giving directions for this place to anyone. It’s far too fragile.

When Beck visited sometime in the 1930’s, there were 5 headstones, 2 of which he said were marked with “Jersey stone”. We saw 3 stones, one of which has crumbled. What’s interesting about these 3 stones is that they are made of clay. One is very cracked but still stands; if you so much as sneezed on it, it would probably shatter. Another stone that broke back in Beck’s time has since been put in a frame, and sections of it are still readable. To the side are 2 larger pieces of rock, which are the “slabs of Jersey stone” the author mentioned. 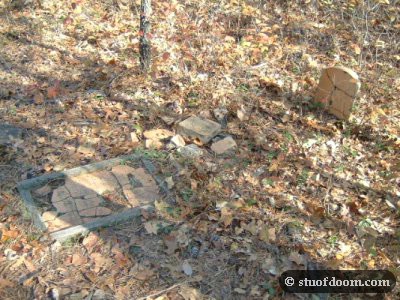 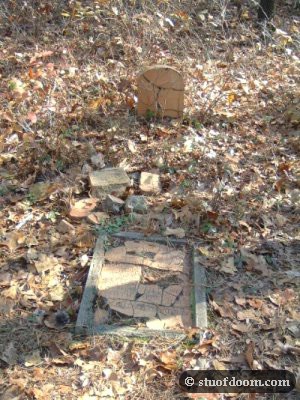 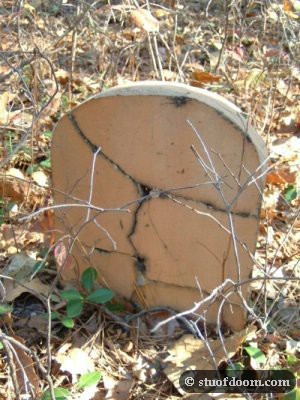 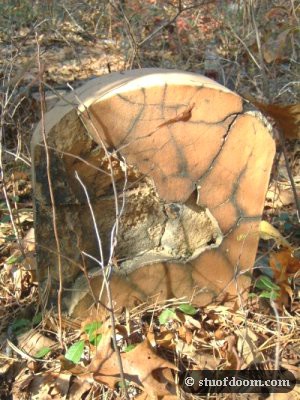 Front & back of the cracked stone. 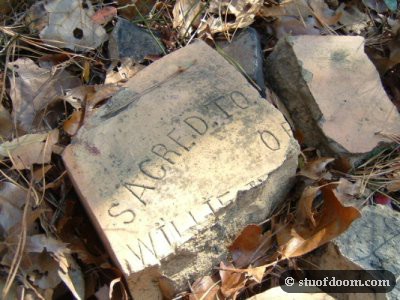 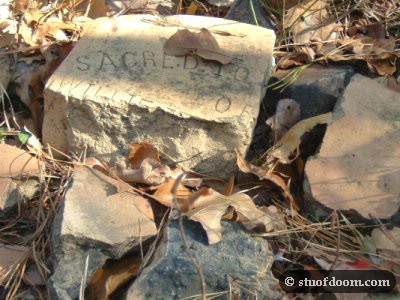 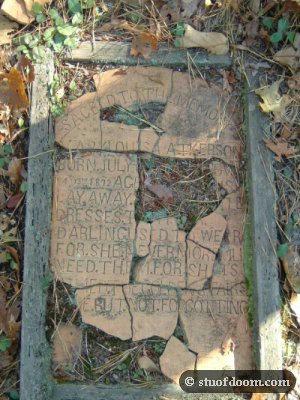 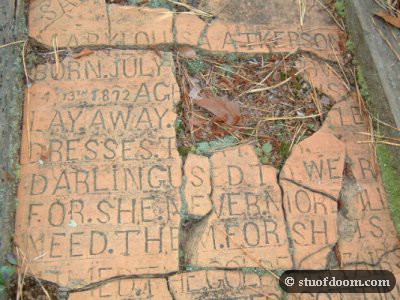 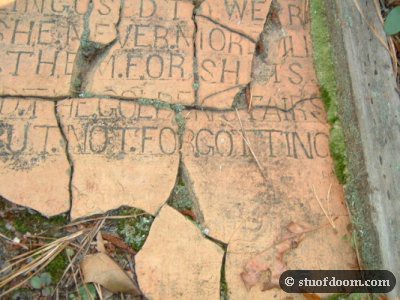 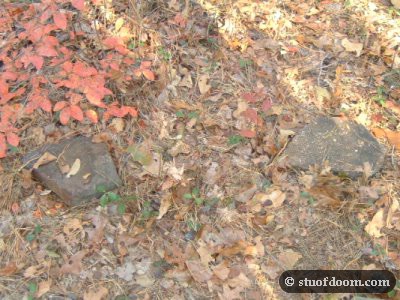