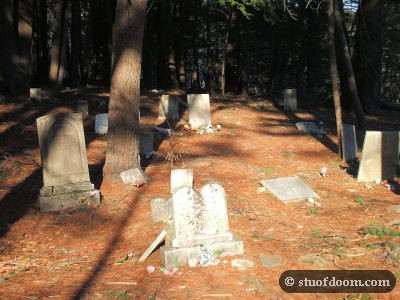 If my wife hadn’t seen the small American flag sticking up over the top of the hill, I would have had no idea this was hidden up there. Located almost directly across from the park office is this seemingly little known cemetery. Several of the stones are pre-Civil War. I would later find out that some people up here were killed in a bad flood in 1849. Due to excessive logging, there were very few trees left to hold the ground in place. As a result, the ground gave way, the dam broke, and the town was devastated.

Despite looking like the cemetery is or has been maintained, many of the stones are in poor shape. Some are in pieces on the ground, while others have been placed upon the bases of trees. Many are just stumps. 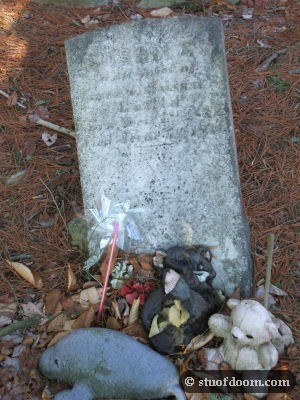 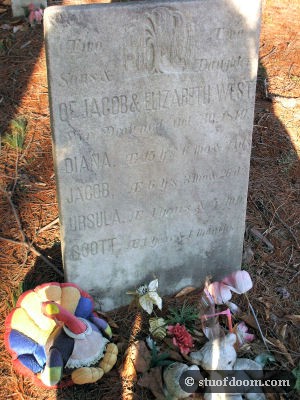 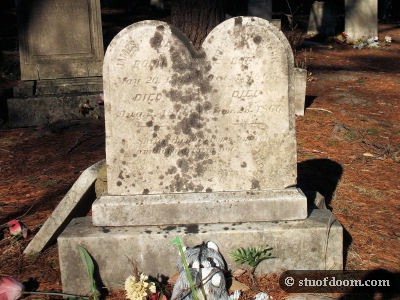 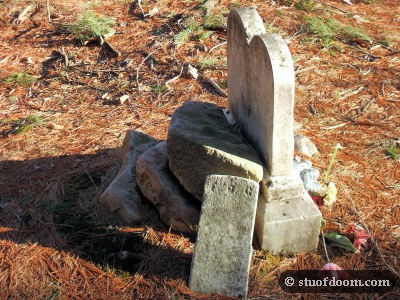 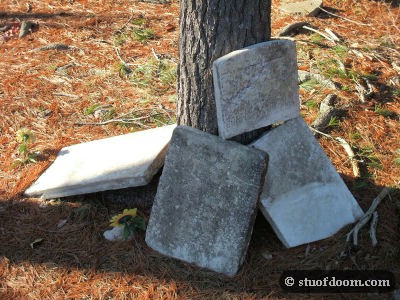 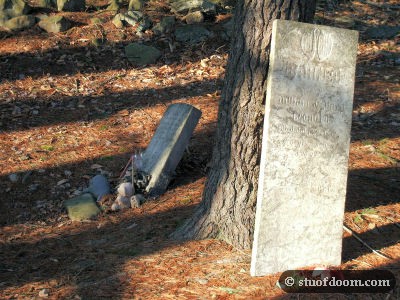 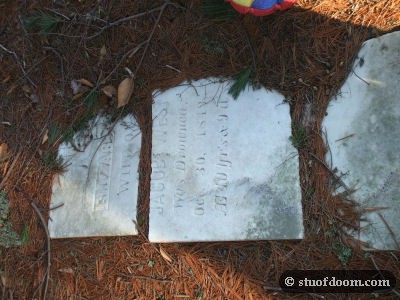 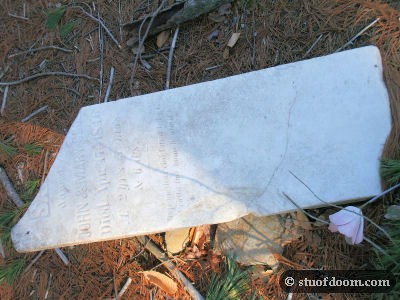 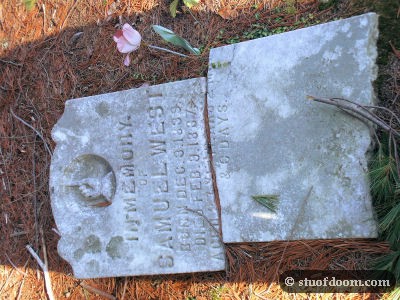 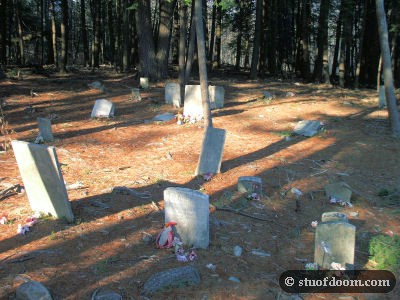 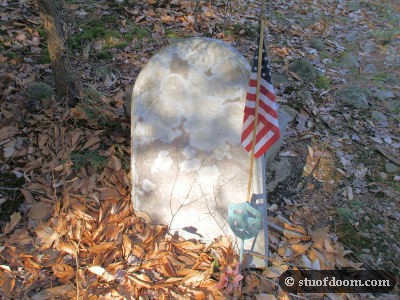 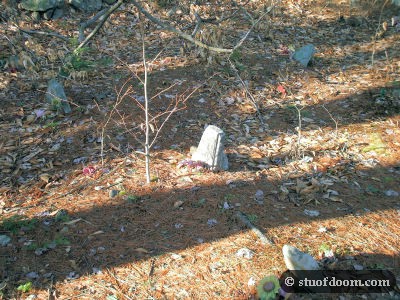 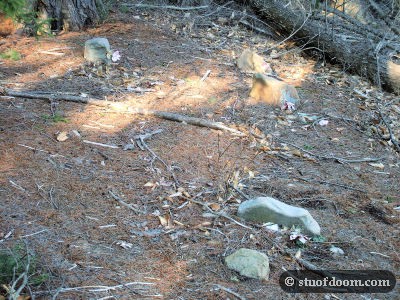 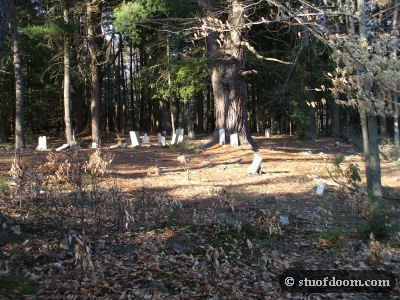