With all the attention Centralia gets, it’s no wonder many people are unaware there are quite a few mine fires still going in Pennsylvania, many of those not being too far from Centralia. One such is the Red Ash fire in Laurel Run. Although not as noticeable or large as the fire raging under Centralia, this one has been burning for much longer – since 1915. The fire was thought to be extinguished not long after its discovery, but in the early 20’s people learned it was still going. Many efforts were made to put the fire out, but it wasn’t until 1973 that the fire was declared contained.

There is a lot less smoke coming out of the ground here than there is at Centralia; I was unable to capture any in my photos but did get a 10 second video showing it. The first thing I noticed stepping out of the car was the smell – the exact same noxious smell found at Centralia. There are many vents lining the road; I only saw smoke coming out of a few. Behind those were 2 small cracks in the ground, also producing a small amount of smoke.

Again, sorry for the blah pictures. 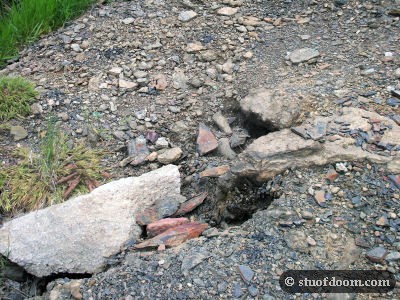 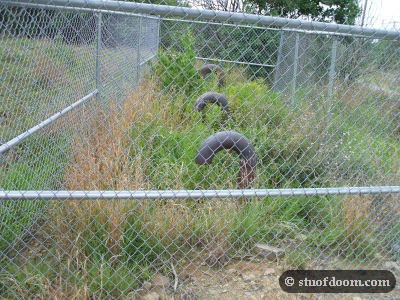 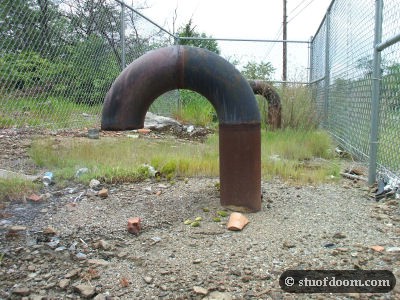 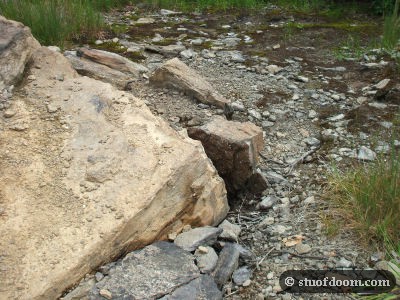 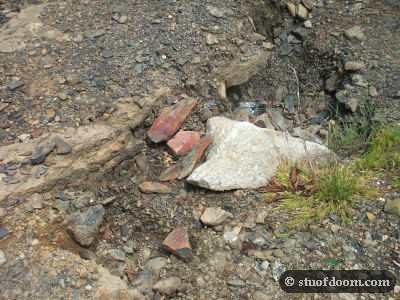 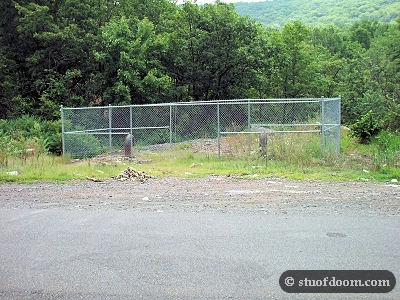 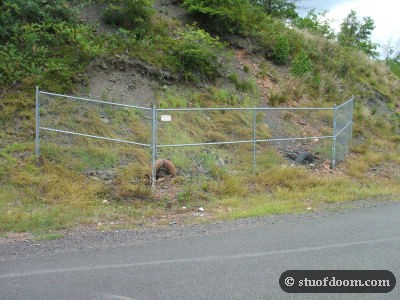