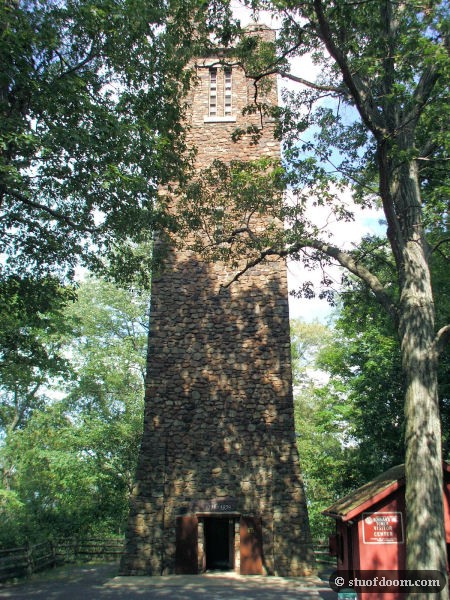 Found in Pennsylvania’s part of Washington’s Crossing State Park (just up the road from the Revolutionary Soldiers’ graves, actually), is a 125′ tall tower on Bowman’s Hill. It was completed in 1931 and is in honor of George Washington, as well as the hill’s significance as a lookout during the Revolution. There’s not much else to say, other than the view from the top is nice. I was a bit bummed to find out you have to take the elevator up; no one is allowed to take the steps anymore. 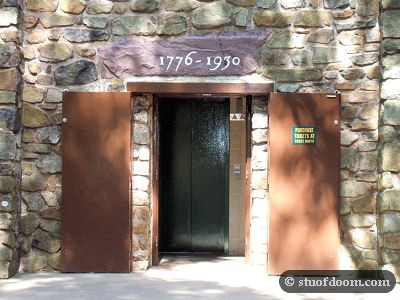 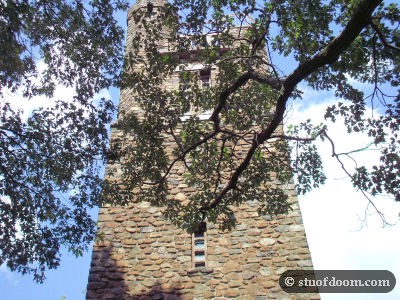 When we came to this park in 4th grade, a group of us were at a nearby picnic area and saw the tower up on the hill. We attempted to climb up the side of the hill, but it was a bit too steep and one of us came tumbling right back down. He got cut up pretty good too. The teacher was pissed. It was funny. 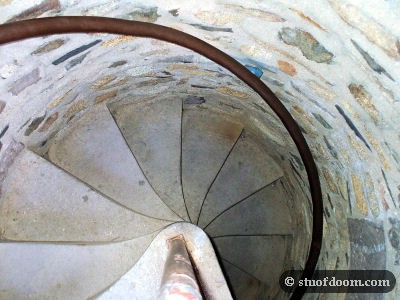 You only climb 23 steps from the elevator to the top. 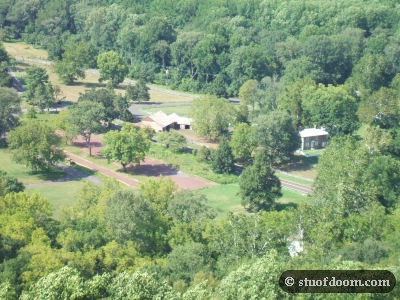 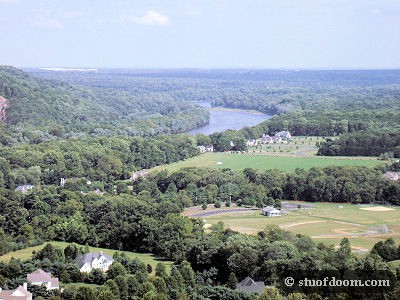 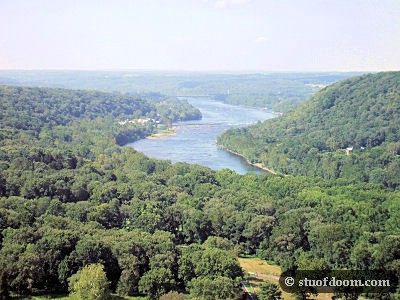