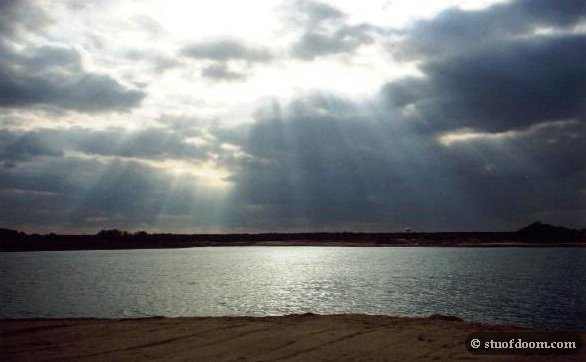 This is the first ‘weird’ place I’ve been to. It’s fun to get there too; you have to go behind a park, cross a stream, go through woods, walk down a road next to an abandoned factory, and climb over a dirt mound. I’ve been told that the Pit was a gravel quarry, but I think there was more to the place than that. The first thing you notice when you get back there is that it’s split in 2 distinct halves; the half on the factory side is green with plants and trees. The other half is barren, just sand and bare rock. The lake is never the same either; during the week, bulldozers and whatnot go back there and just move everything around. On my last trip there, I noticed they actually moved the whole lake back 20-30 feet.

To fully explore everything, you have to be lucky. Occasionally the bulldozers make land bridges to get across. Or you can wait till winter and just walk across the water, but if the ice cracks, I don’t know what to tell you. There’s not much to say about the barren half of the lake. It’s rocky & sandy, and it leads to Beachwood. That’s it. Weeeeee. The other half is where the good stuff is. The factory is there, along with some other buildings. All over the place are large rusted metal pipes and other destroyed metal things. Something really big was back there a long time ago. There’s a small one-roomed building on the edge of the lake held up by 2 large rollers. There’s many large bulldozed hills and rock piles further back. One time, we found remnants of an abandoned development. There were bags of open cement, nails, roof shingles, etc. We haven’t found it again. It’s hard to notice, but if you look out along the horizon, you can see the place called Capone’s summer home (Yes, he hid out in Jersey). It’s a cool sight.

11/2
This is the first time in over a year I’ve been back here. Not really much has changed…..some new canals, new hills, etc. This time there was an old man outside the factory. It seems every time I go back there, at least 1 person is near the buildings. This is why I’ve never been in them yet. The factory still makes its constant, monotone hum. The only other thing worth mentioning is the fact that John got stuck in the mud up to his knees! HA HA HA HA HA!

These are all new pics from 11/02. I scrapped the old ones. You weren’t missing much, trust me. 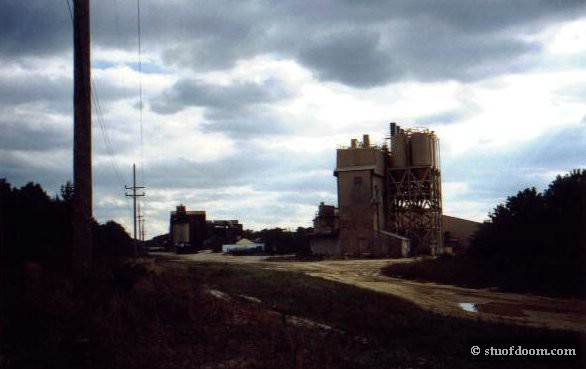 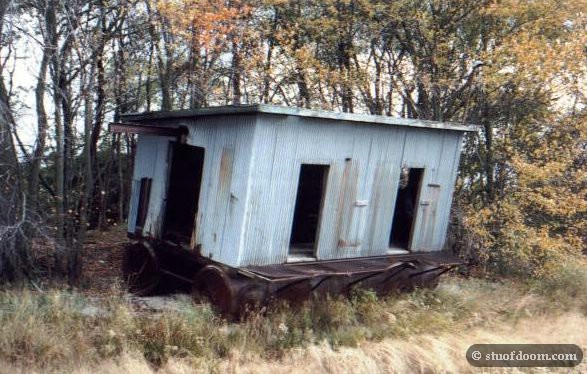 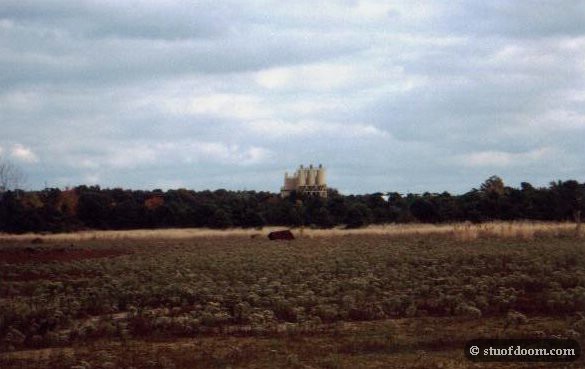 Another building near the factory 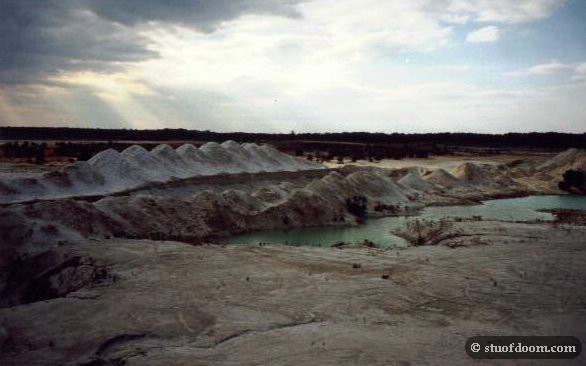 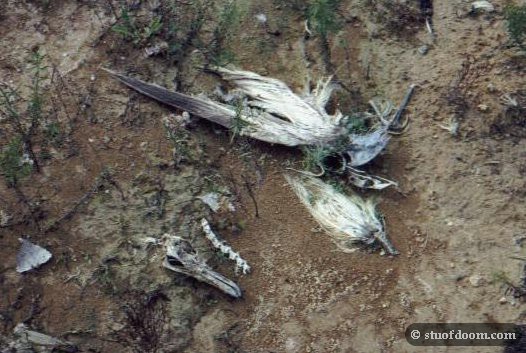