I have not taken any photos of the church since 2002 but have checked up on it a few times. It seems the current owner is not going to knock it down, which is what many people thought at the time. 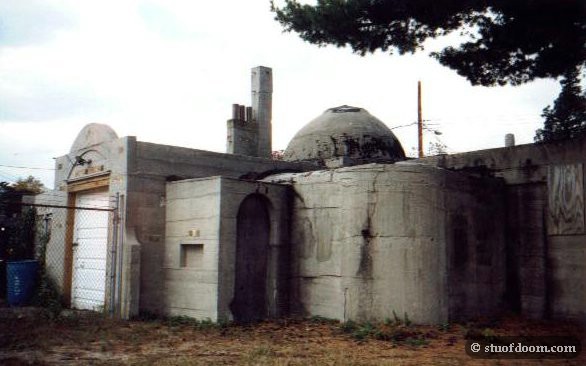 A lot of people pass by this place and don’t even realize it. Birdsville is right behind Rt. 9 in South Toms River. It’s wedged right between a development and a factory or junkyard (it had guard dogs, that’s all that matters), so there was no way we could get in without having someone see us. From what I saw, all the entrances are sealed off anyway. The church isn’t really that exciting, but it’s just odd that such a building is in a very populated area and noone seems to know it’s there.

The church is made entirely out of concrete and was started in 1914 (it was never finished). It was built with no plans, so it’s an interesting-looking building. The builder had a fascination with birds and put in many birdhouses & birdbaths. He lived in the church for a while and planned adding more rooms to it, but he died in 1930. The church changed hands quite a few times and housed other businesses at different points in time. Now, sadly, the whole property is grown over with weeds and vines. It’s also for sale. It’ll be a shame when it’s bought and the church is knocked down. 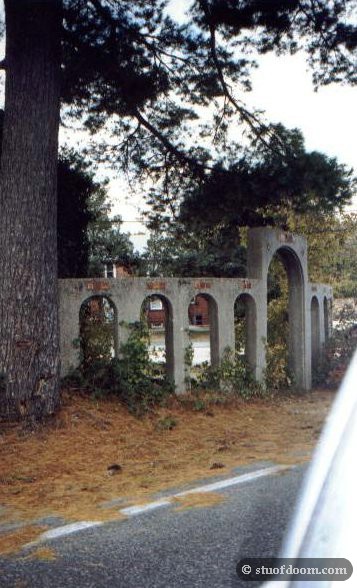 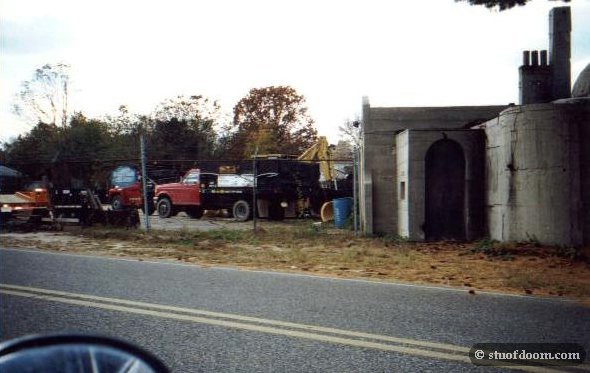 Some of the trucks on the Church’s property 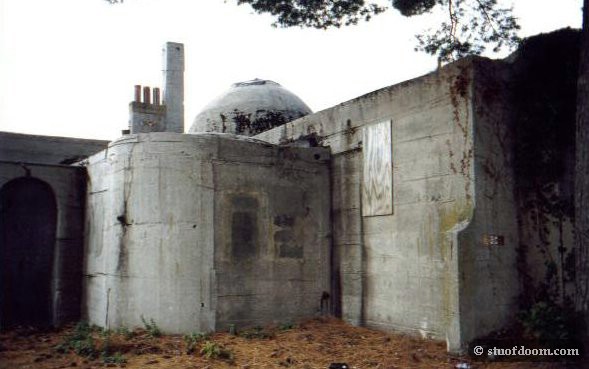 8/6
I went by the church to get a few photos when I noticed the property had about 10 trucks on it. Apparently a company bought the church or is just using it to store trucks. I didn’t want to get out and take pictures because I didn’t feel like dealing with big trucker dudes. I couldn’t get any decent shots from the car either. So I’ll have to go back on a Sunday when nobody’s working to get a few pics. I just hope they don’t tear the church down.