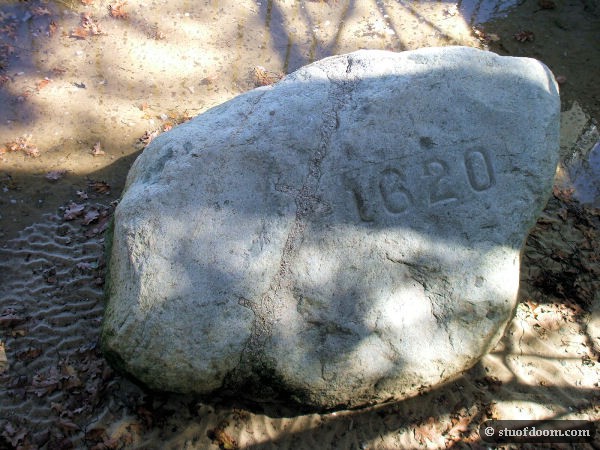 Plymouth Rock, one of the oldest tourist attractions in the US, is just that – a rock.  Said to be where the Pilgrims first set foot in the New World, Plymouth is more of an ideal than an actual physical place, mostly because we aren’t 100% sure of the exact spot where the Pilgrims first touched ground.  This rock is really just a section of a larger one; this portion was cut off quite some time ago and has been moved around numerous times before being placed on the beach in Plymouth’s port.
And for the record, the Pilgrims landed in Provincetown first, not Plymouth. 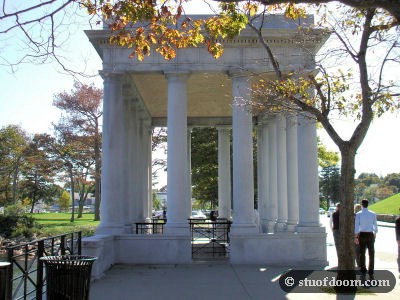 The Rock is the center of this monument, right at the shore.  It’s a decent drop down to it, and all the sides are gated to deter souvenir hunters from chipping off parts of it. 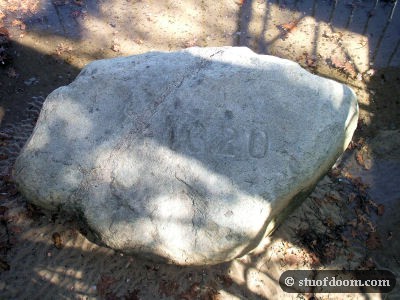 As a friend told me before I left for my trip, “it’s just a rock.”  It sure is, and is probably more based in folklore than reality, but it’s still symbolic and one of the original pieces of Americana. 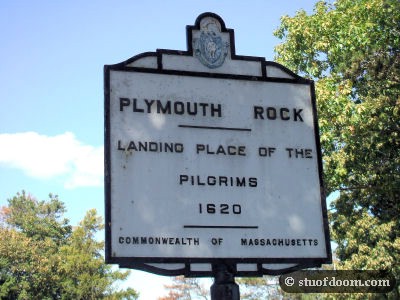