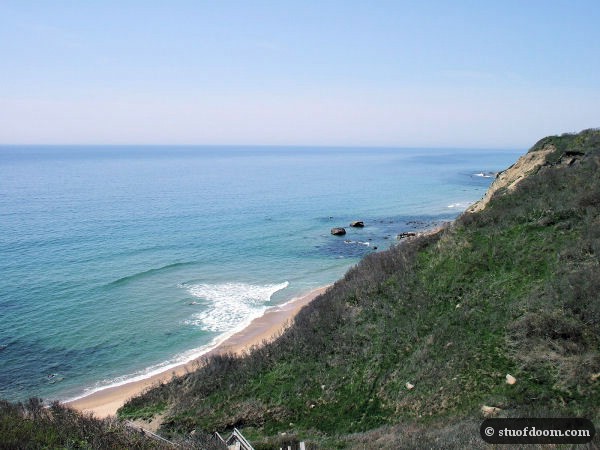 Simply put, this is one of the most beautiful places I have ever seen.  Mohegan Bluffs, found on the southern end of Block Island, drop down nearly 200 feet to the beach below.  Centuries ago, much of the Mohegan tribe was forced over the cliffs by the Manisee tribe in a battle over control of the island.  Nowadays, the beach is an idyllic and somewhat secret tourist destination. 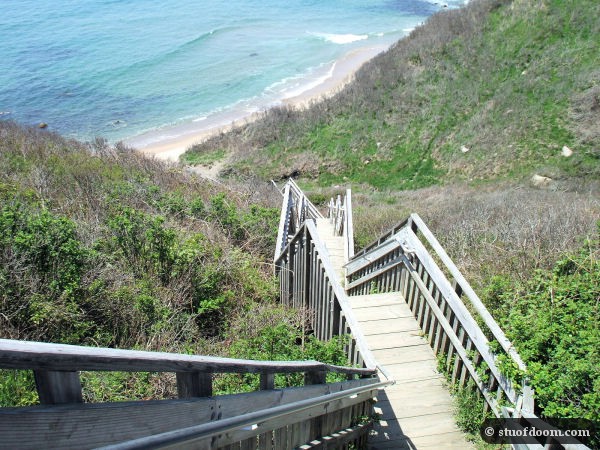 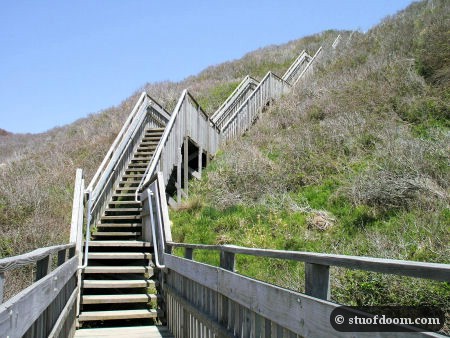 There are over 100 steps that lead down to an overlook.  From there, it’s a bit of a challenge to reach the beach.  This is one of the few places I’ve been where a rope has been provided; there’s a piece of rope tied from near the bottom of the deck down to what looks like an old mast to help visitors get to the beach.

Also worth noting is that it’s somewhat of a popular custom to stack rocks or make things out of things washed ashore.

I admit, pictures do little justice; I’ve shot some videos and am hoping to post them sometime. 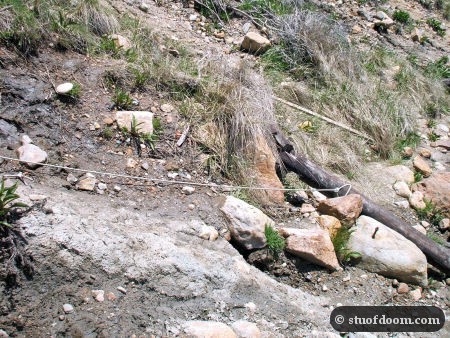 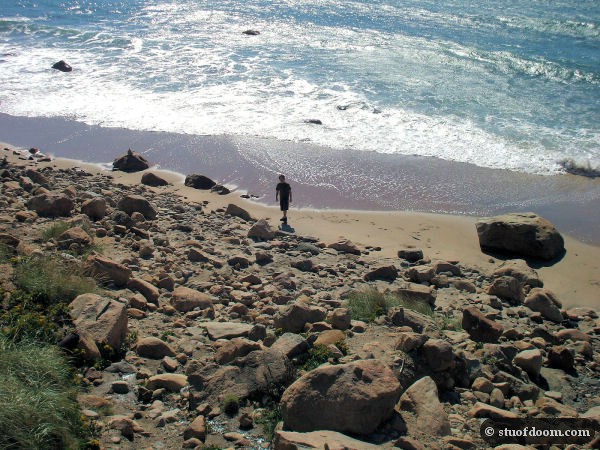 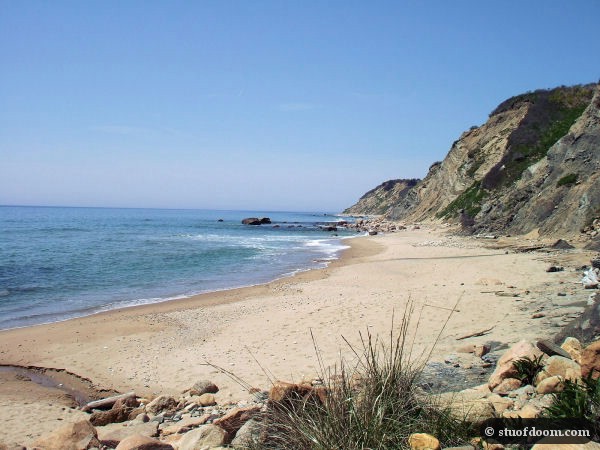 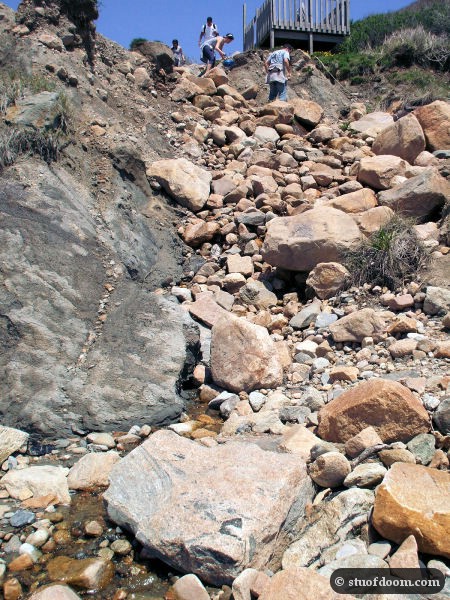 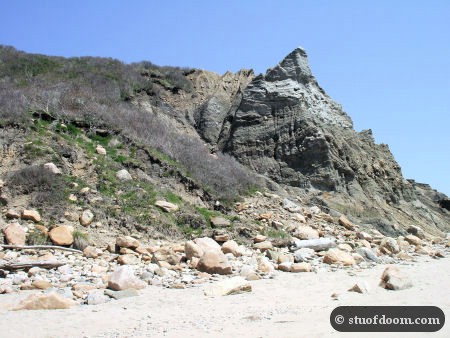 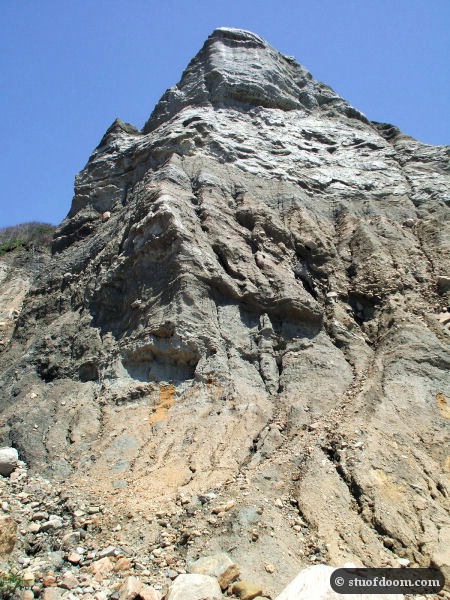 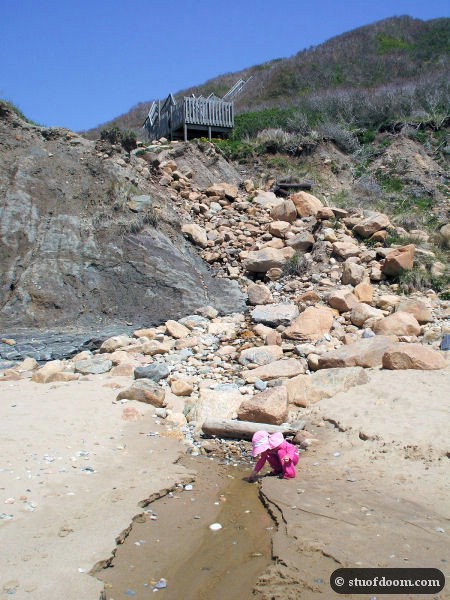 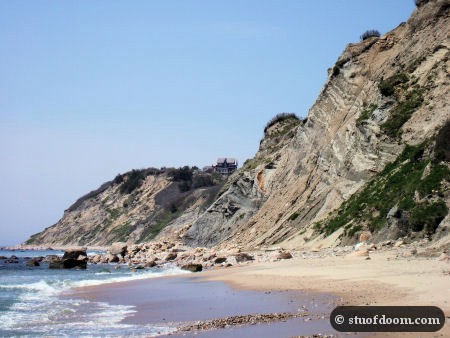 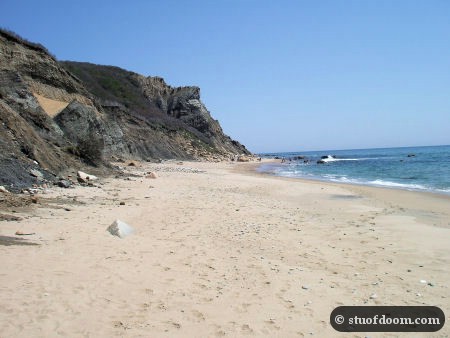 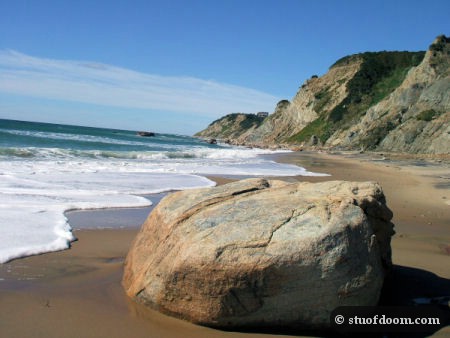 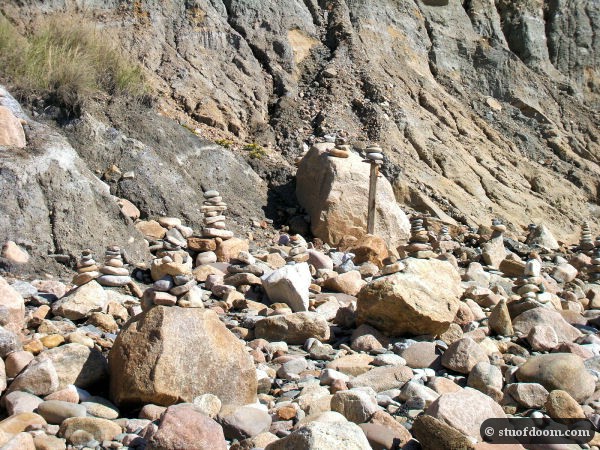 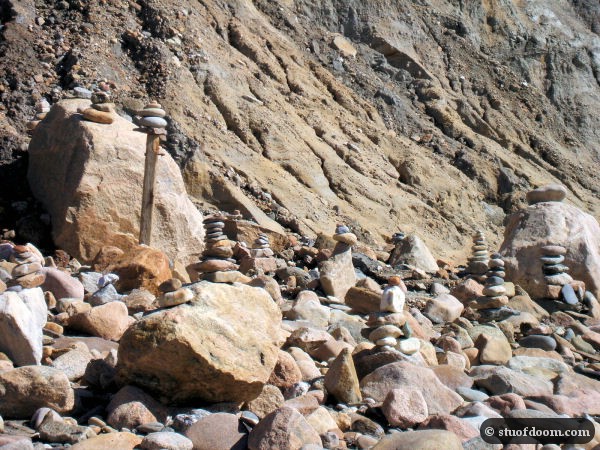 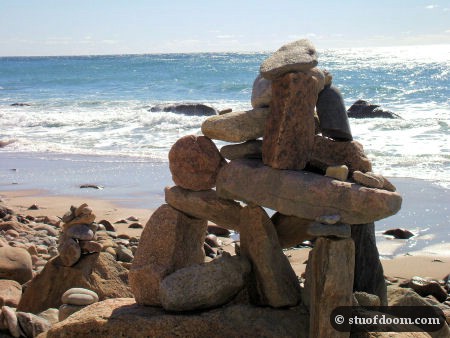 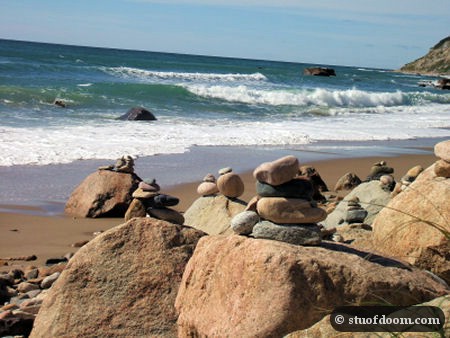 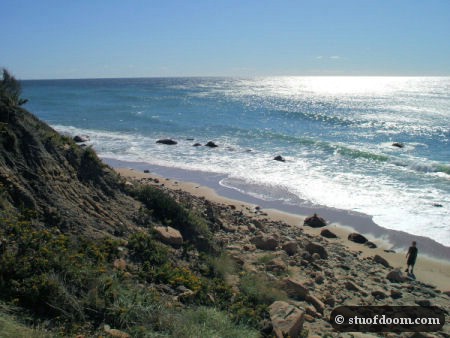