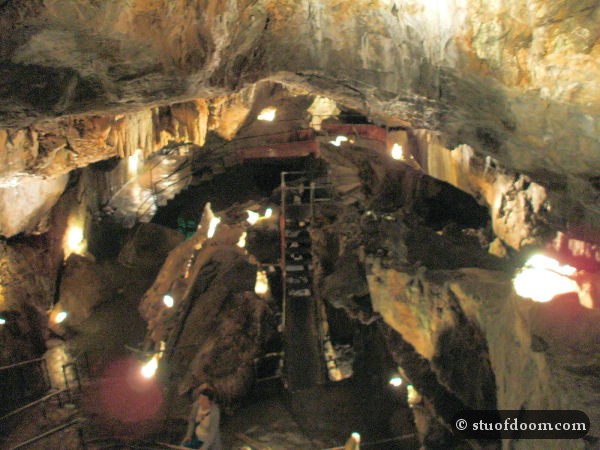 If you’re in eastern PA, you see quite a few signs on the highways for various caverns.  Over the summer, I decided to check some of  them out; it had been some time since I’d been underground anyway.  We went to both Crystal Cave and Lost River Caverns in the same day. 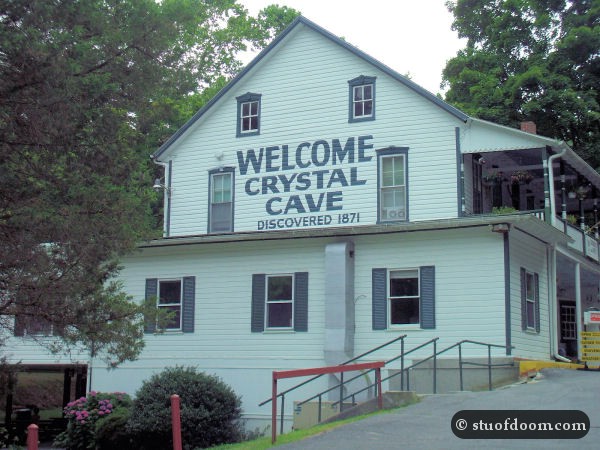 Crystal Cave was set up like other caverns I’ve been to; you purchase tickets for the cave (the entrance is elsewhere) in a building that doubles as the gift shop.  From here, you walk uphill to the cave entrance; or if you prefer, you can stop at the restaurant and yet another gift shop farther in the back of the property. 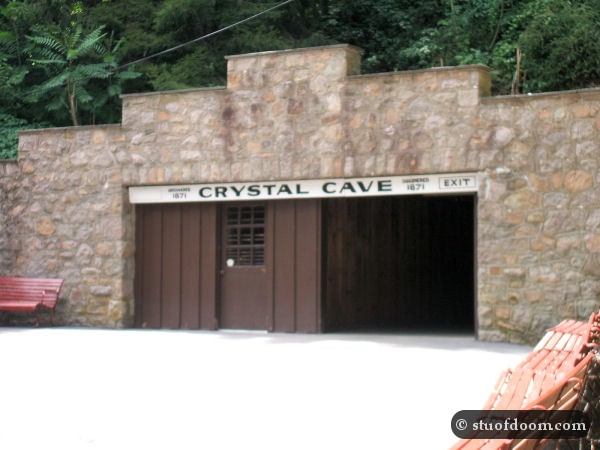 On top of the small hill, you are led into a small room before touring the cave.  In here, a short (under 10 minutes) video is played explaining the origins/discovery of Crystal Cave.  The group is then brought into the cave.  You’re inside for about half an hour.  Like nearly all cavern tours, there are random stops to point out formations (something I find annoying).  I don’t care what you think a formation looks like.  It’s not a rabbit.  It’s not a witch.  It’s a rock. 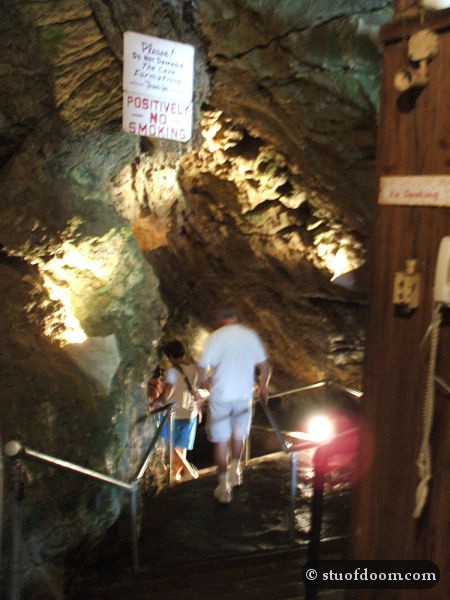 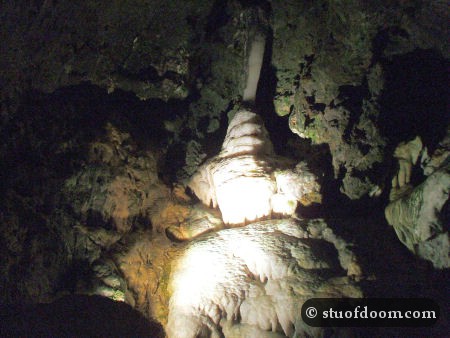 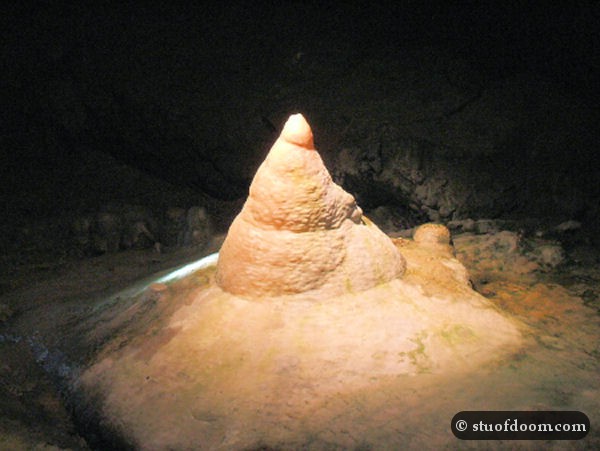 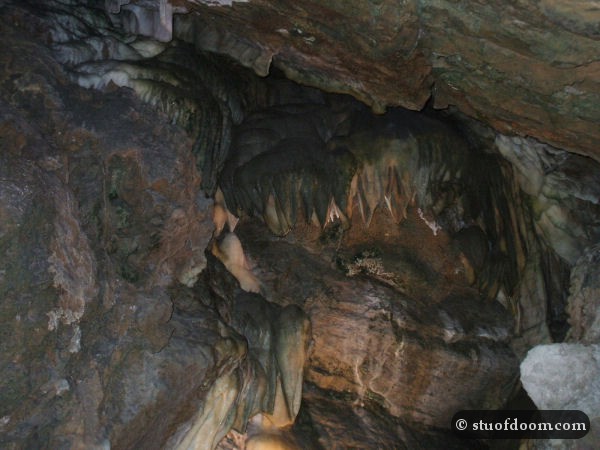 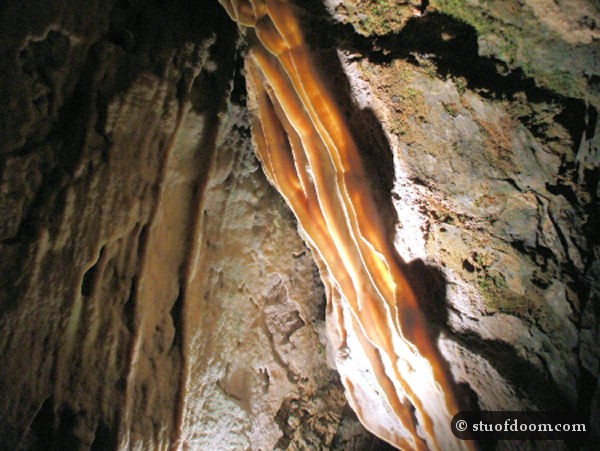 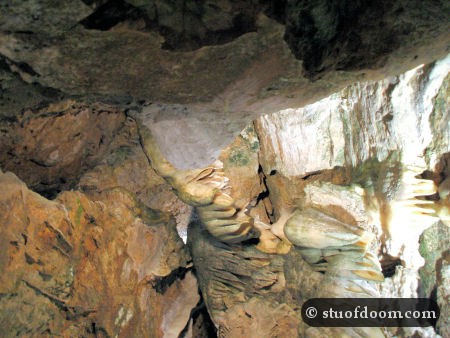 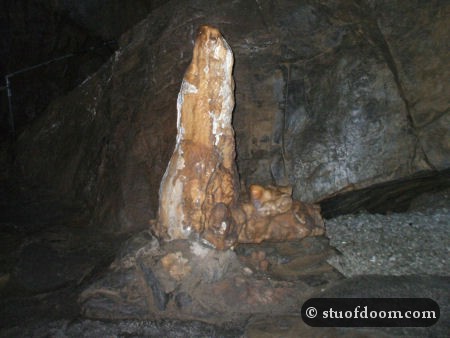 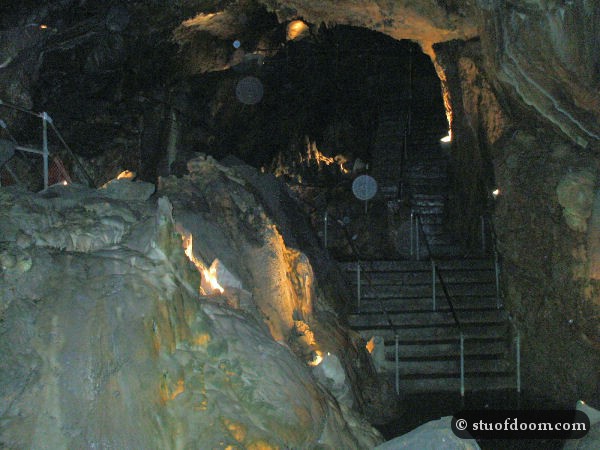 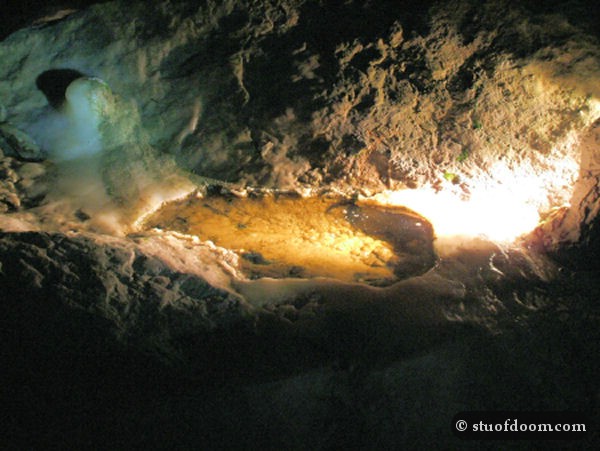 Small pool in the cave.

It’s called Crystal Cave because there are literally crystals everywhere; small calcium crystals are found in the rock and look really cool in the cavern’s artificial lighting.  Unfortunately, digital cameras are terrible underground, so you really can’t see the effect. 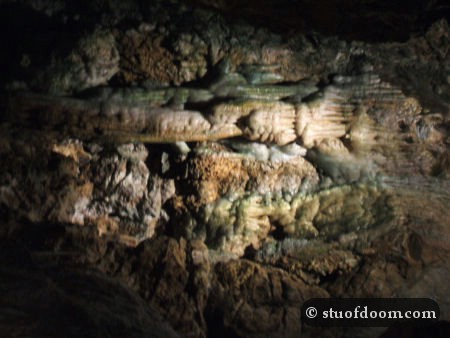 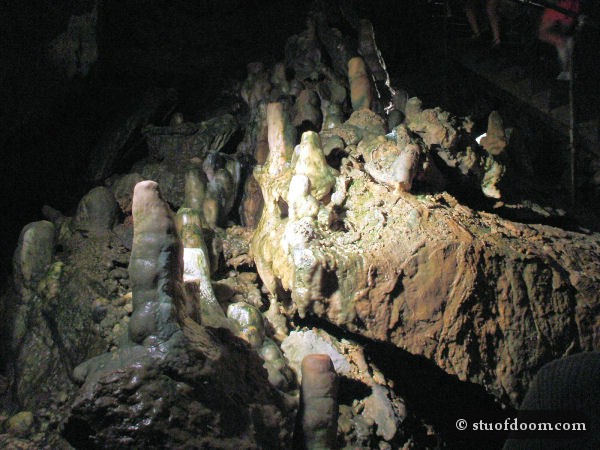 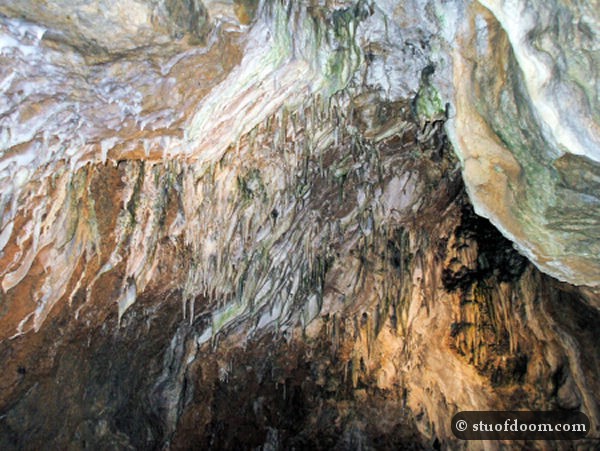 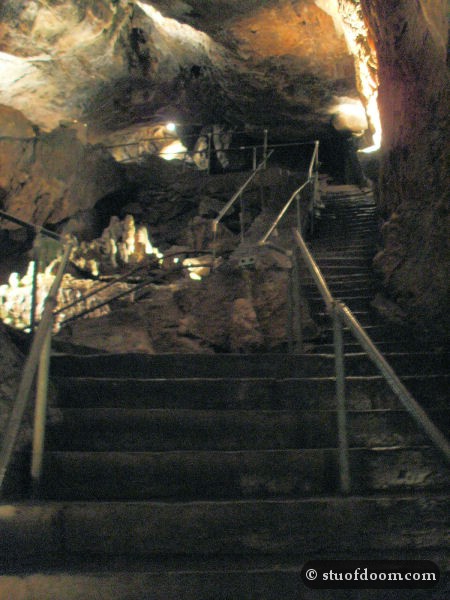 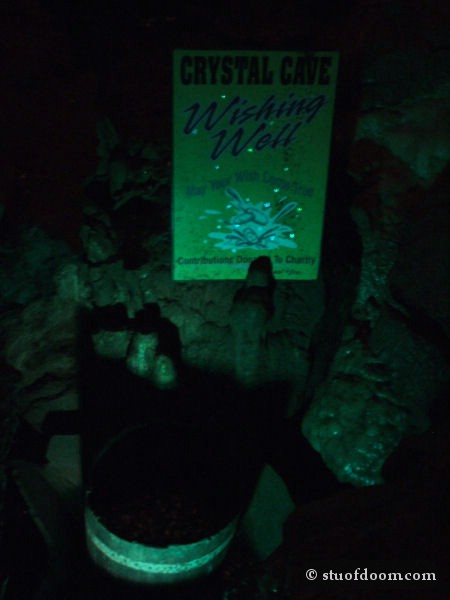 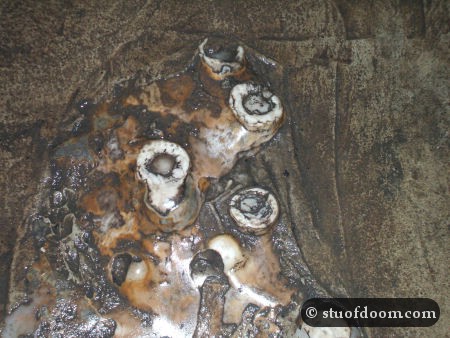 The only formation you’re allowed to touch.  It’s a “dead” formation. 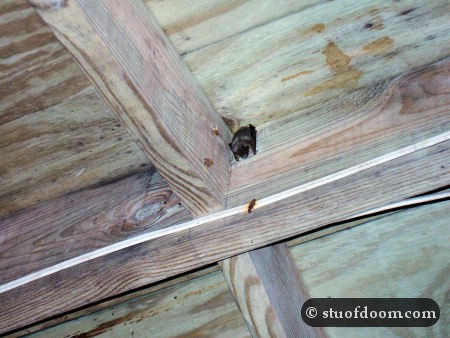 The only bat we saw.  They generally don’t go in the cave.

All in all, Crystal Cave is a decent family trip.  The actual time spent in the cave is somewhat short, however.  Pretty much your run-of-the-mill cavern – just more sparkly.  Check it out.