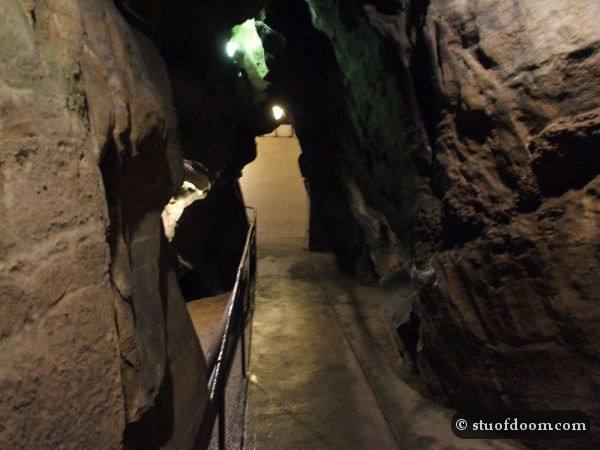 Probably the only instance I’ve come across where the gift shop is far more entertaining than the attraction itself.  Lost River Caverns’ gift shop is, for lack of a better word, awesome.  Part of it serves as a mini museum of the most random stuff you can think of, very similar to Space Farms.

Up first we have some scrimshaw: 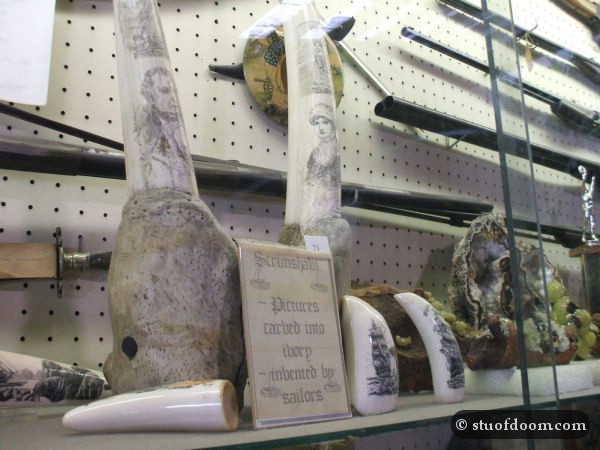 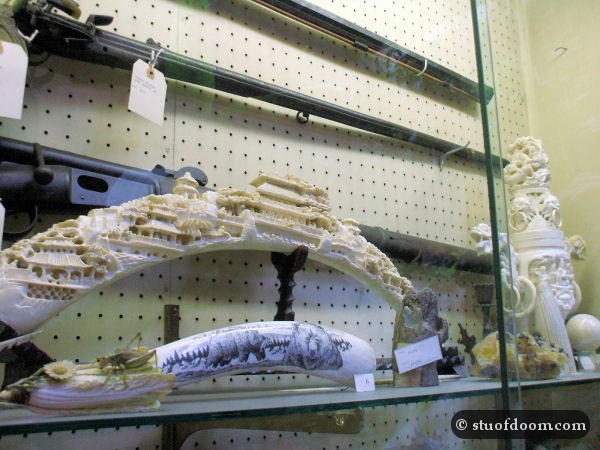 Up next we have some guns, angry dead things, and archaeological artifacts completely unrelated to the cavern: 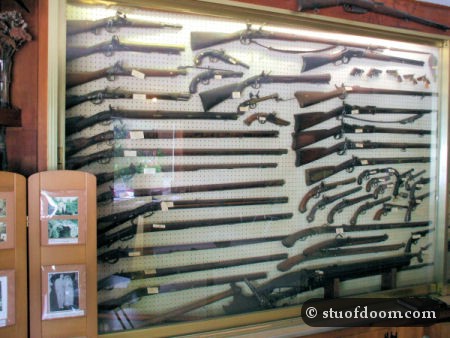 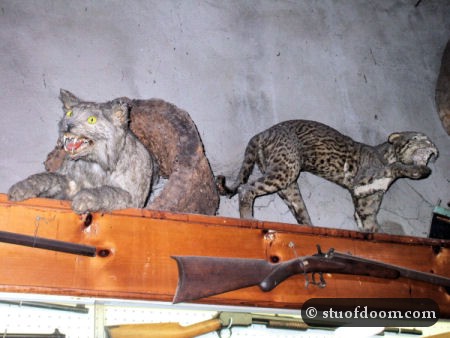 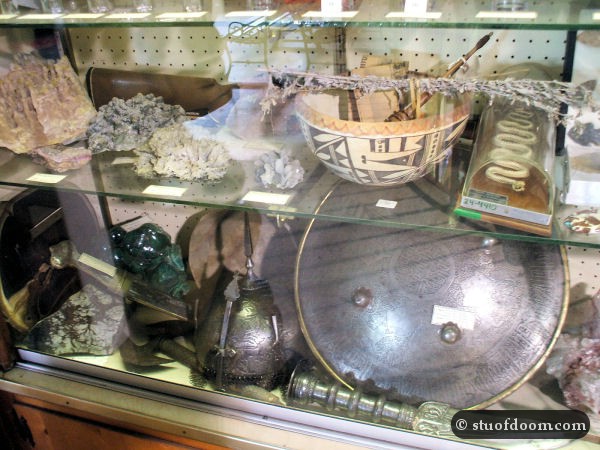 And then some fossils, at least somewhat related to caves: 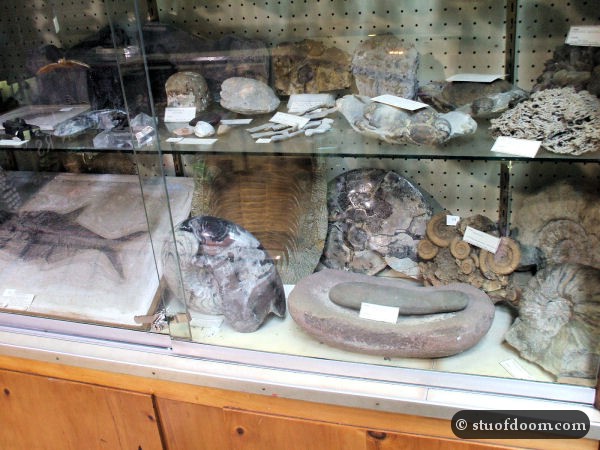 After getting past this unique collection, you head down the stairs to the… WHAT IS THAT?! 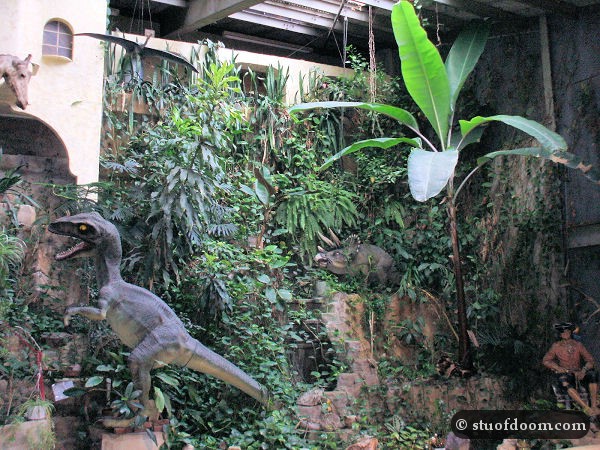 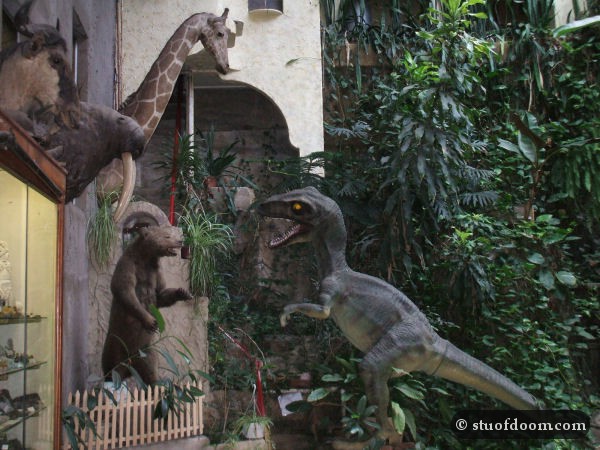 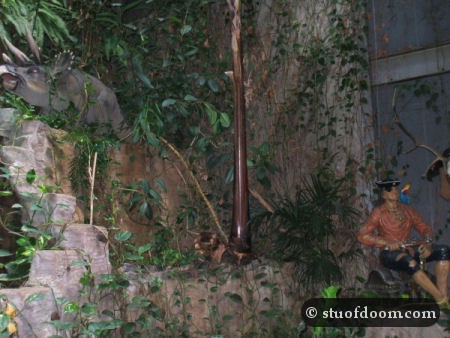 …oh right.  There’s a cave here supposedly.  We had to wait a bit for the tour to start, so after looking around at all this wacky stuff, I temporarily forgot why I was even there.  We were the only people on this tour, which was nice.  The guide told us the place is called Lost River because, yes, a subterranean river runs through the caverns, and nobody knows where it goes.  Scientists have tried several times to find where, if it even does, reach the surface.  Its source is also unknown. 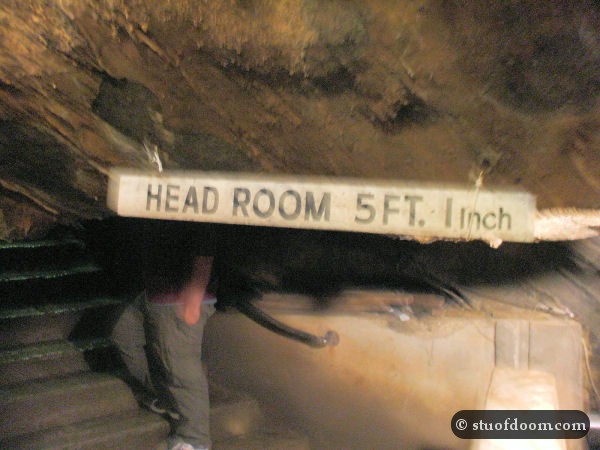 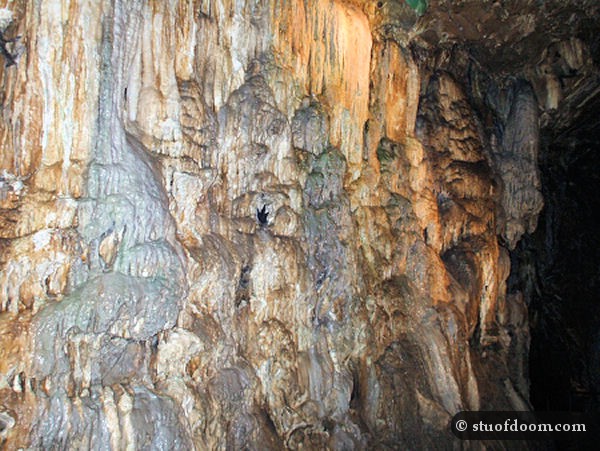 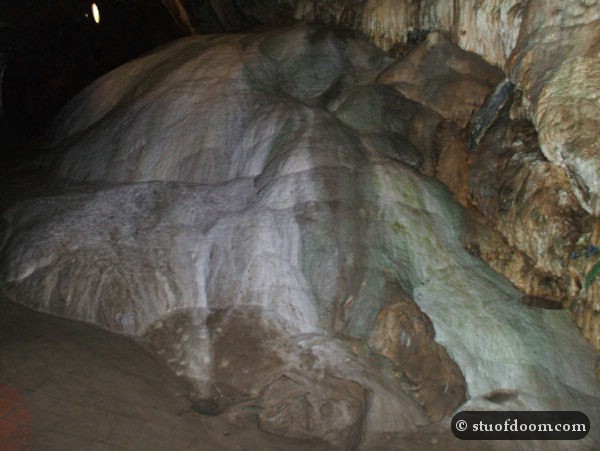 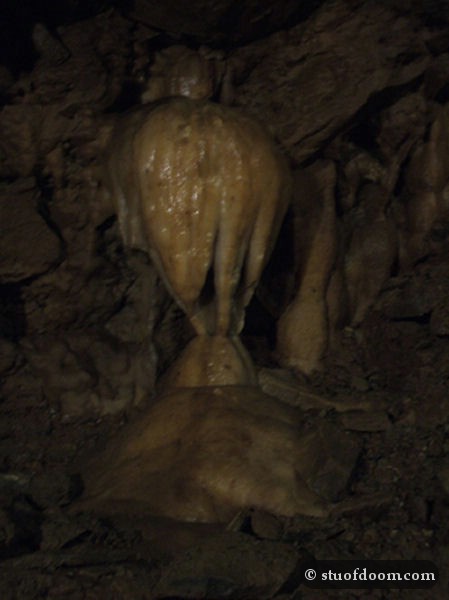 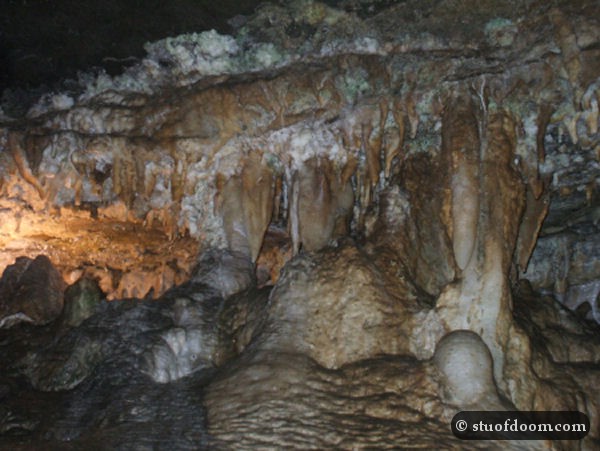 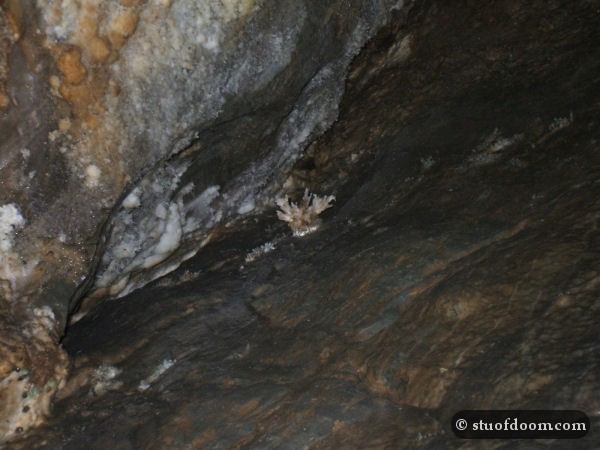 Like Howe Caverns, Lost River has an underground chapel.  A number of weddings have taken place here. 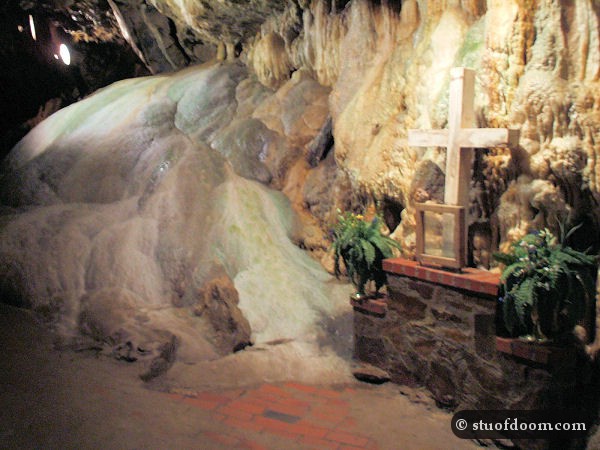 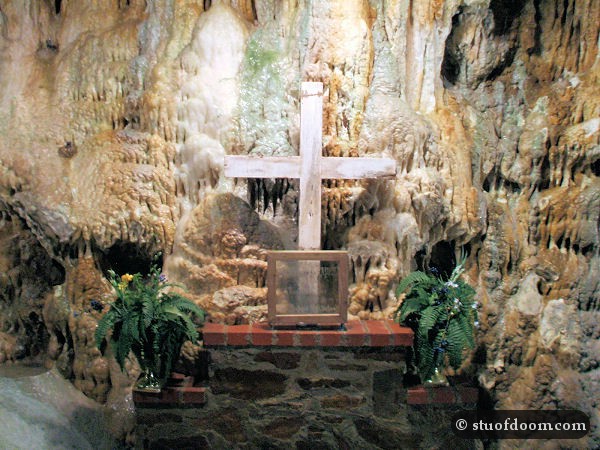 Lost River Caverns is small compared to other caves, but I think it’s still worth a trip.  If you’ve been to other caverns, there’s probably nothing new here for you, but man is that gift shop awesome. 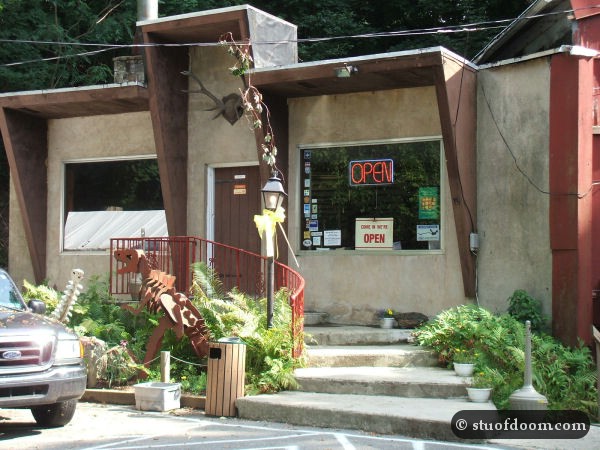