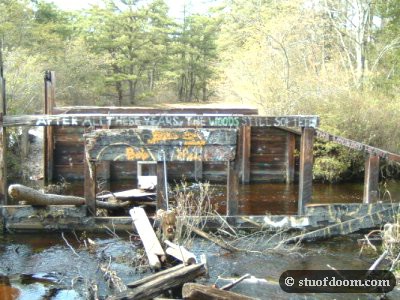 I decided to go back to the hut to get some better photos and possibly talk with anyone who may be there. Well, after 2 years I was rusty with the directions, and we got lost for a good 20 minutes or so. We stumbled upon 2 kids who told us about an “underground hut”. I was confused by this but figured it was what I was looking for, so I followed them. We ended up having to cross the Wounded Heart Bridge that I found last time. Someone had nailed random planks together so you can get across the creek without having to go all the way around. I don’t know how we managed, but we got across the shaky thing. A ladder at the end got us up over the skeletal trestle. 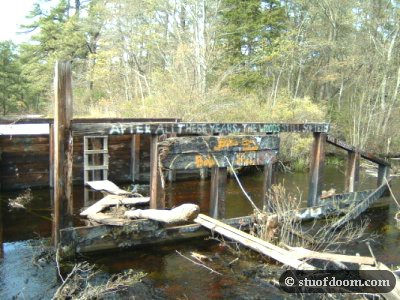 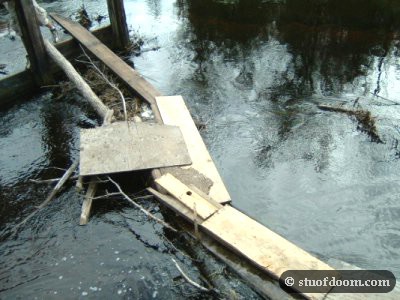 Part of the bridge. It wasn’t very sturdy.

After crossing I realized we were right near where the Gatherers, um, gathered. Unfortunately, I was too late….the large stick house was no more. It’s been taken apart and stacked in large piles. 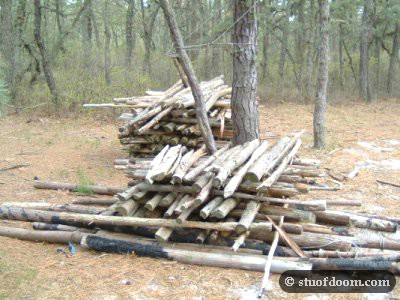 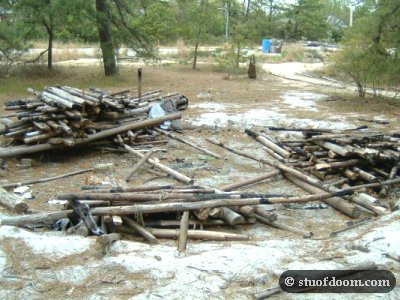 The meeting place for the Gatherers is no more. How long it’s been gone, I don’t know. Our 2 guides seemed to remember it but said it was gone a while. I asked them about the group of people who used the place, but they had no idea what we were talking about.
But that wasn’t the “underground hut” they were talking about. What they wanted to show me was something completely different.
A bit up the trail from the now non-existent teepee I saw this underground thing they wanted to show us…..a small one room structure with wood walls was built into the side of a hill. I don’t know who built it; I highly doubt kids did. Maybe it was something the Gatherers made, but I swear it wasn’t there the last time we visited. It had a roof that was hidden by pine needles. It even had a makeshift glass door, which was shattered. The 2 kids told us homeless people used to live in there, but people would harass them and throw rocks at the place. I doubt anyone lives there now, if they did at all. All I know is that there was a lot of porn in it…on the walls, on the floor, in the stream behind the building, etc.
The kids also told us about fires being set to scare the homeless off, as well as something about 5 people going missing back here and never being found. This is most likely all stories. 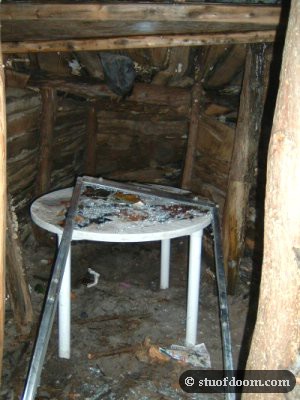 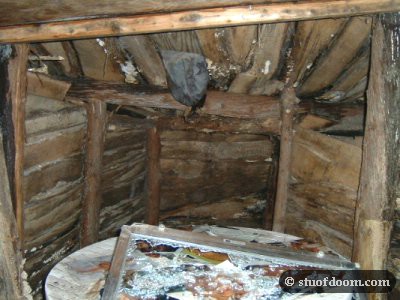 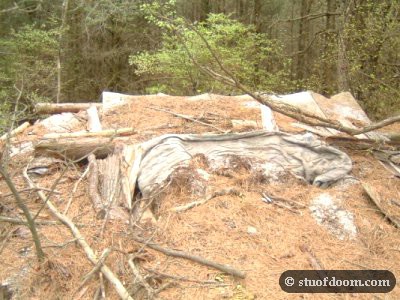 2 views of the roof. 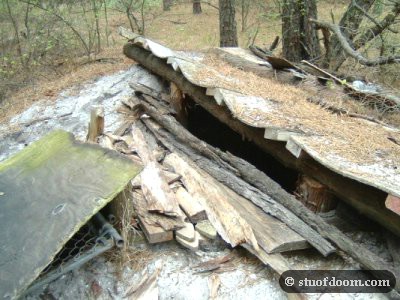 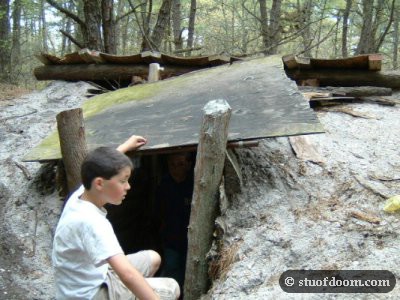 One of our guides at the doorway in the side of the hill.

This was a disappointing yet interesting trip. I was upset to see the large hut was taken apart. I don’t know who did it, and I don’t even know if the Gatherers still exist. But I got to cross a scary, badly put-together bridge, and I found some sort of underground……whatever it is.