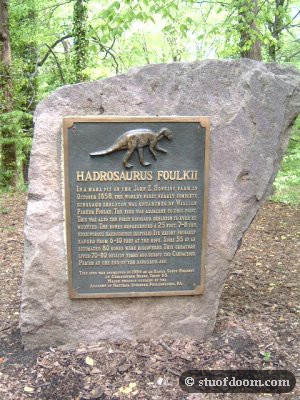 This tiny historically significant area can be found tucked away in Haddonfield, at the dead end of a tiny road. Across from this area was a farm in 1858, when William P. Foulke unearthed the first ever near-complete dinosaur skeleton. The beast was named Hadrosaurus foulkii, after both its town and discoverer.
All that marks the place now is a single monument, along with a small booth with pamphlets so visitors can log their visits. A bench next to the stone has many toy dinosaurs on it, which is probably the only reason I’ve included this place on the site.
…no, scratch that. The only reason I’m including the place is because Earl is on the bench. 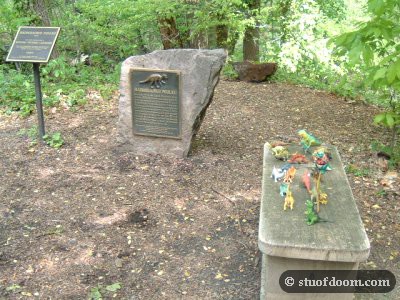 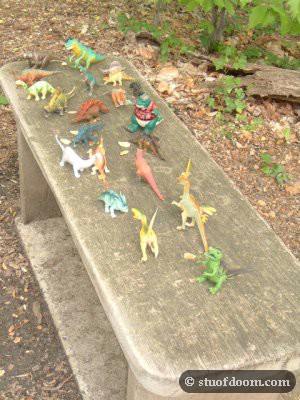 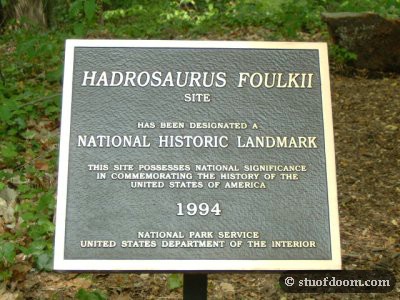