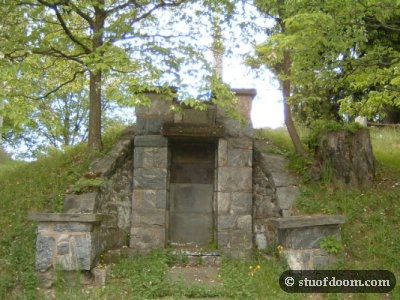 I was being forced to go to a wedding for Annie’s cousin in New York, so I figured I might as well make a weekend trip out of it. Weddings are painful enough as it is, but this was especially awkward for me – I barely knew her family, and now the family of her cousin’s fiancee was being thrown in the mix. So I needed some ‘splorin’ to make me feel better about the whole thing. The wedding was on a Saturday, so I took off from work on Friday and we headed up pretty early.

Before this I was already looking into putting together a NY trip. Trouble was we didn’t have too much time to play with, so I could only pick places somewhat close to the wedding. I put together a small list of things I wanted to check out the first day: Howe Caverns (very touristy, but I always wanted to see them); Secret Caverns (Howe’s “competition” up the road); Pratt Rock; “the world’s largest kaleidoscope”; and something similar to the Stone Living Room somewhere in the Adirondacks. The second day would be a return trip to Sleepy Hollow, since I hadn’t been there in 2 years and it was less than an hour from the wedding.

After about a 4 hour trip, we reached Secret Caverns. I decided to go there first because I knew it was the smaller of the 2 caverns, and I didn’t want the popularity of Howe influencing my judgment of the place. 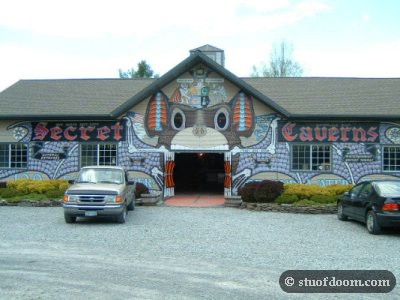 As I’ve said on both their pages, Howe versus Secret is a classic example of the big commercialized place versus the little indy guy who has no voice. They both cost about the same, but the tour at Secret Caverns is roughly half the time than over at Howe – 45 minutes compared to 80. However, because Howe is world famous and all that, much of the ‘adventure’ aspect of it has been wiped out for the sake of “safety” – aka protecting the stupid. You take an elevator down to the caverns, the caves are all well lit, there are paved walkways, etc….at Secret you’re walking down, there’s much less lighting, and there sure ain’t no fancy walkways – you’re gonna get wet and possibly muddy. However, at Howe you get to take a boat down an underground river…..but Secret has a 109′ underground waterfall.
My verdict? Go see them both. They’re both worth the money.
I mentioned this on one of their pages, but on the extra DVD that came with Jersey Girl, Kevin Smith also visits both and makes it pretty clear which one he prefers. He’s actually on one of Secret’s signs. 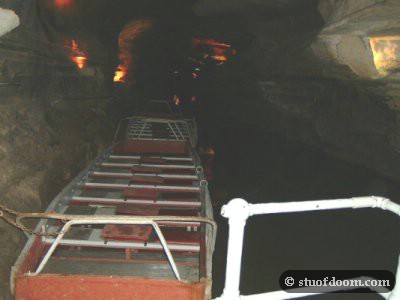 After a few hours of playing in caves, it was time to go back through the Catskills and start picking things off our list. We didn’t realize just how long we were in the caverns and how spread out the places we wanted to visit were from each other. We managed to get to Pratt Rock, which in all honesty was the priority item on the list. I had never seen anything like it before – an unfinished tomb carved into a mountainside. Poor guy didn’t even get to be buried in it. We saw a pretty big covered bridge somewhere, but they were doing road construction, and it looked like it was out over the water with no roads connecting to it. We were running out of daylight and had to scrap the last 2 places; we had actually passed the retarded kaleidoscope thing earlier, but it was closed. We knew there was no way we were finding The Rocky Lounge. We managed to get back to the Thruway and stayed the night in Kingston. We saw Kingdom of Heaven at the local theater…it was pretty boring. 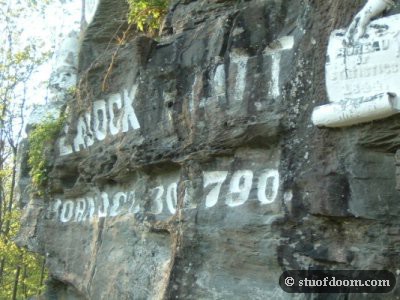 The next morning we rushed to Sleepy Hollow because I knew we’d be spending a few hours there. I had no idea how much of the cemetery I missed on my first visit. I’m sure there are parts I still haven’t seen. Well, after hanging out with the Irvings, Carnegies, Chryslers, and Rockefellers, it was time to face my fear and head to the wedding. 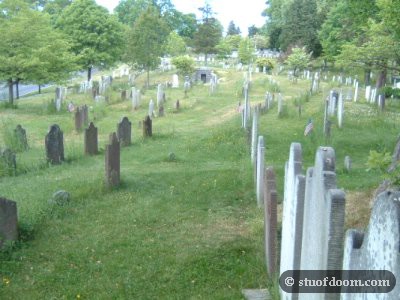 I’d rather hang out here than go to any wedding.
…ew, that sounds so goth.

As for the wedding….well, I was nervous out of my mind. Then someone said something about an open bar.
Open bar?
I tell ya, a mudslide really takes the edge off. So does a rum & coke. So does the Cap’n. And vodka. And wine. And the wine from the guy who was supposed to sit next to me but never showed.
Other than having to put a garter on that hot chick’s leg and the headache on the way home, I think I did alright.