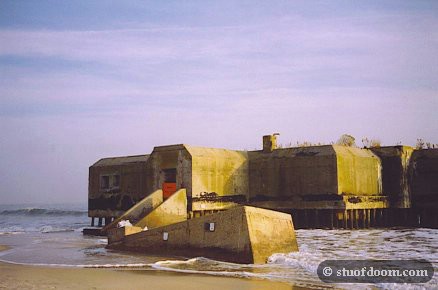 The lighthouse guide in Cape May told me a brief history about the bunker. It’s from one of the world wars (forget which one). Back then, it was actually under the sand, with 900 feet of beach in front of it. Think about that. That’s not a whole lot of time that’s passed since.
Unfortunately there was no way in, since the only entrance I saw was at least 8 feet off the ground. 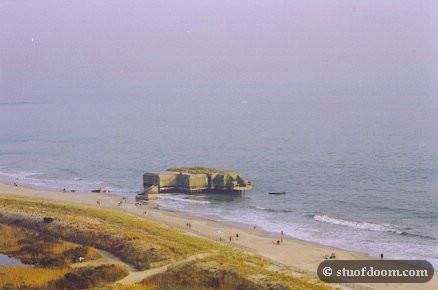 The Bunker from the top of the lighthouse… 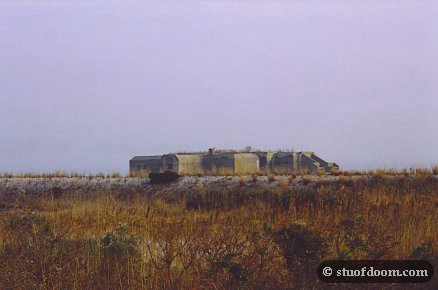 …and from across a sand dune. 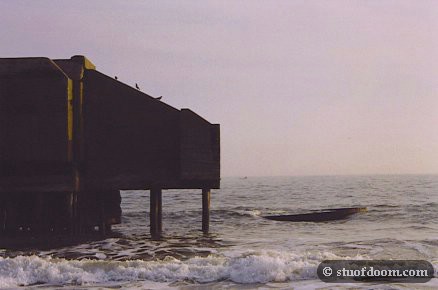 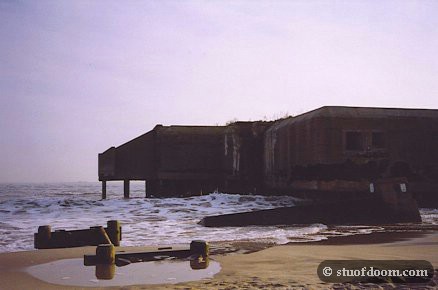 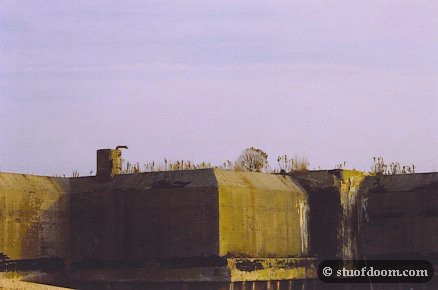 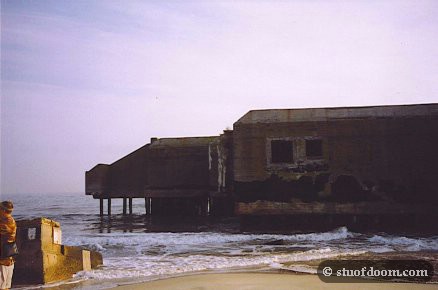 We revisited all the Cape May places to get new photos and info. I was surprised to see the bunker with sand underneath it. A ranger told us they’ve been trying to reclaim much of the lost beach. Much of the beach was off limits at this time. 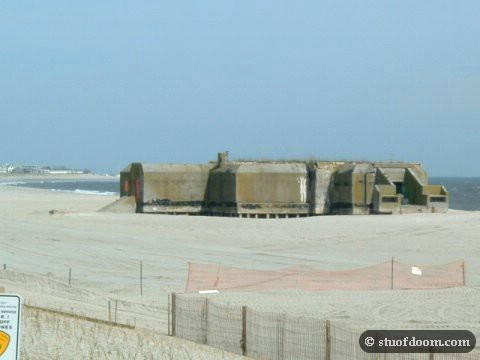 2 thoughts on “Bunker on Cape May Point Beach”