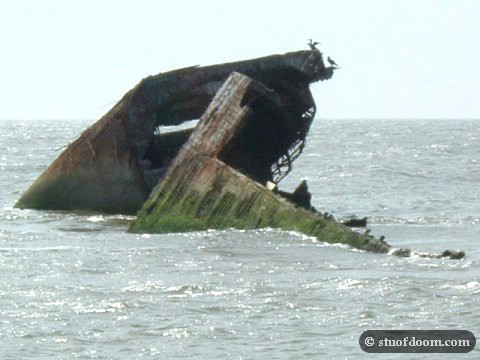 I was a bit disappointed. There’s not much of it left above water.
The ship, S.S. Atlantus, was an experiment from WWI. After a few trips across the Atlantic to bring soldiers back home, the concrete ship proved to be near-useless (it was concrete, afterall). The ship was eventually sold to a man who had hoped to make it into a ferry between DE & NJ. During a storm in ’26 the Atlantus got loose and became stuck just off Sunset Beach. They tried freeing her, but once again we’re talking about concrete here. So she’s been there ever since. What you’re looking at is actually the ship’s center; over the decades she’s split in 2. I was amazed to see old photos of nearly the entire ship, still intact, above water. Fishermen and curiosity seekers would row or swim out to her often. She briefly had a sign for boat insurance on her as well.
Who knows how much longer she has before she completely disappears beneath the waves. 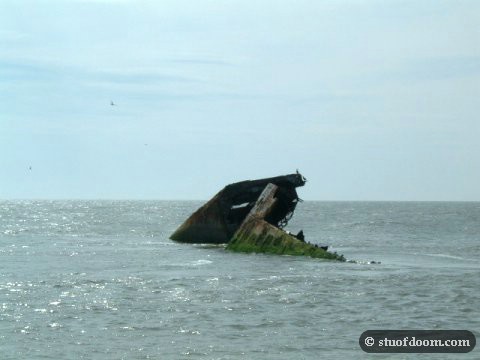 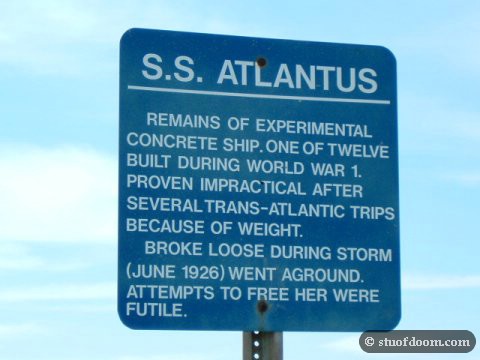