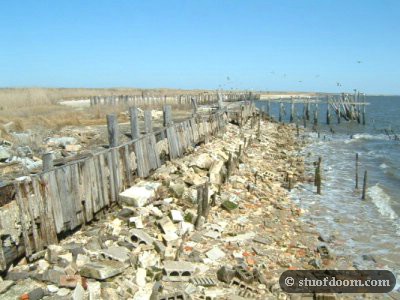 Note to self: Consider investing in waders.

Thompson’s Beach, much like Seabreeze or Grassy Sound, was a tiny little-known town on the water. The road leading out to is was surrounded by marsh and was difficult to upkeep. Eventually the township decided maintaining a lone road that led to a handful of houses, many of which were summer homes, was not worth it. The houses were leveled; the docks, bulkhead, bits of foundations, and a single fireplace remain today. The road itself has obviously deteriorated since then. Sections of asphalt are left, but for the most part the road is mud, rock, and reeds.
I’m not exactly sure when the town was demolished, although a few people have said it was during the 90’s. 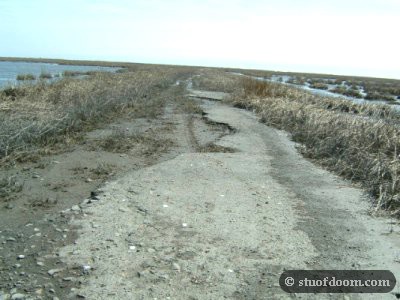 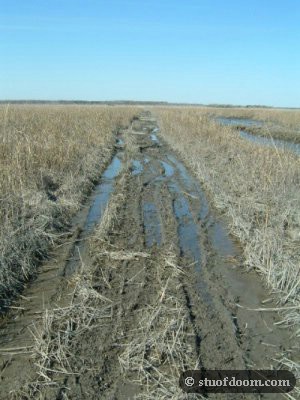 The road to the town.

The road that leads to Thompson’s Beach stops about 2/3 mile from the actual town. There’s a small parking lot with birdwatching stands on either side. A small iron gate prevents anyone from driving down the rest of the road. So from here we had to hoof it. We tried our best to avoid mud, but it was a lost cause. A surprising number of dead horseshoe crabs were scattered about the trail.
Finally reaching the shoreline, we noticed nearly all the bulkhead was still intact. Skeletons of docks were also present, as were bricks and concrete from the houses. With the exception of the fireplace, we couldn’t tell where exactly the houses were. We found half a tea cup and a bunch of rusty crab traps. Wires and pipes still stick out of the ground in places. 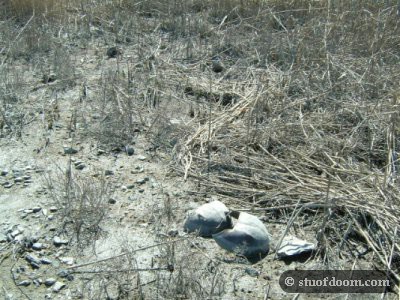 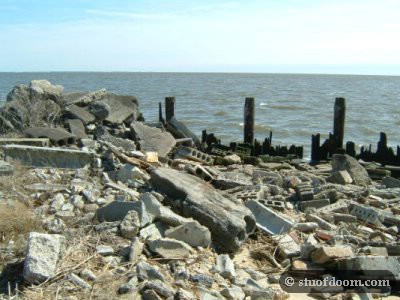 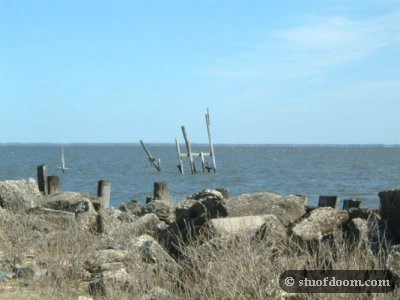 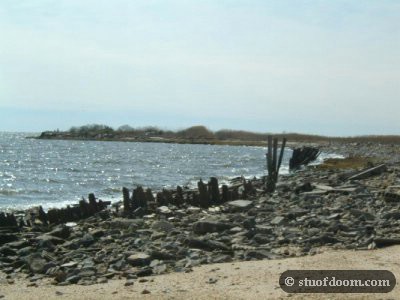 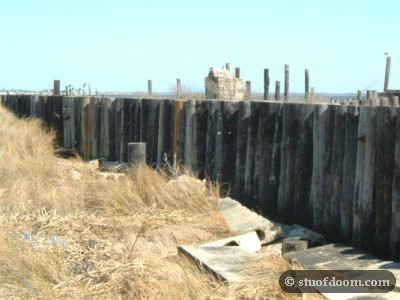 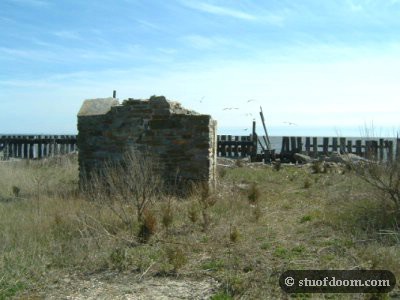 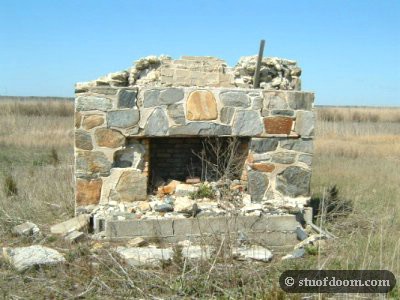 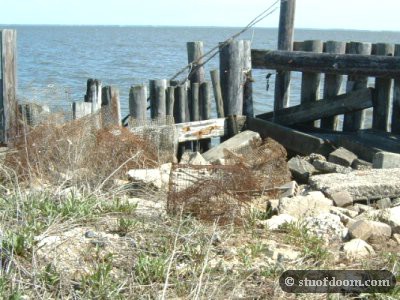 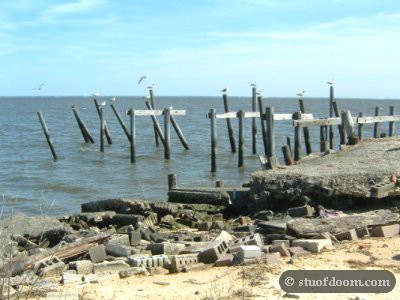 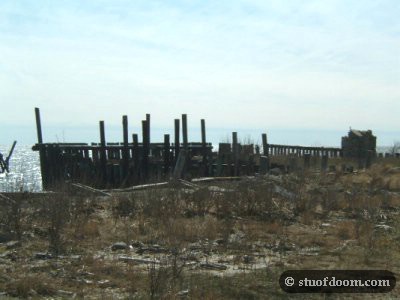 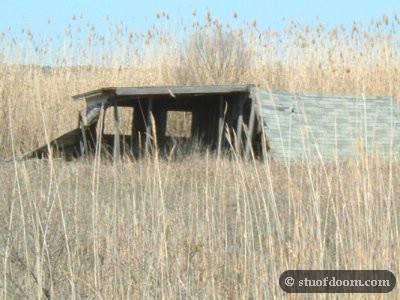 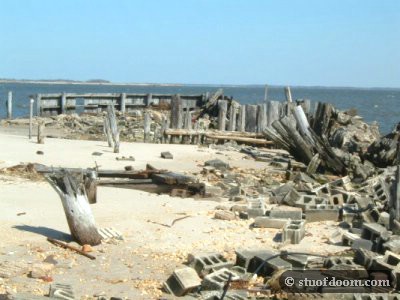