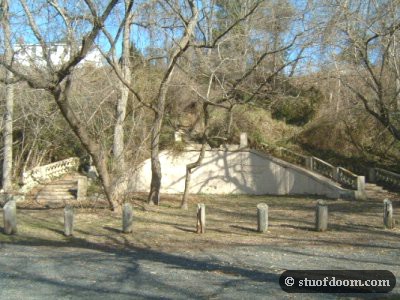 Through geocaching I heard about a place called White City, an amusement park outside Trenton which closed in our around the 1930’s. A trolley would ride in from Trenton and drop people off, and they’d descend a large set of stairs to Spring Lake. The park had several rides, including a roller coaster and carousel. A dancehall and arcade could also be found here.
We finally got the chance to go to the little known Roebling Memorial Park and see the little bit that remains of the old amusement park. I was a bit disappointed to see how little is left. 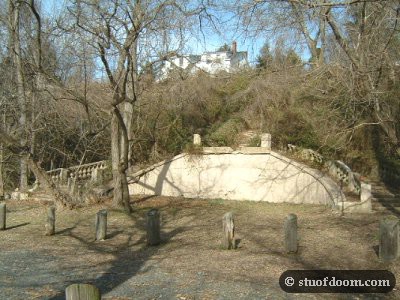 The staircase from the old trolley stop can be found next to the parking area and is in surprisingly good shape. At the top of the hill is where the trolley stop once stood; it’s now someone’s backyard. The steps above the staircase vanish into the plants. 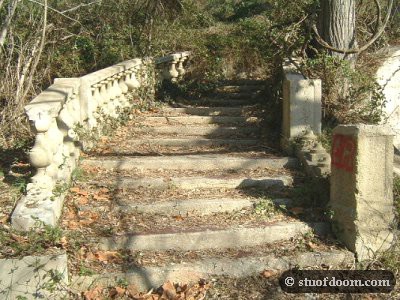 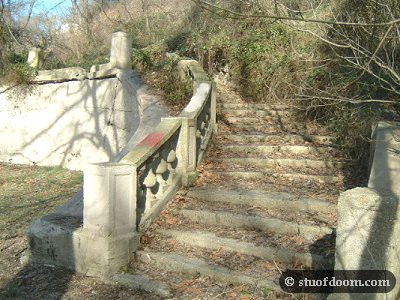 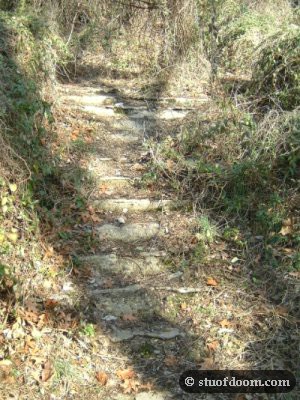 Sadly not much else is left of White City. We did stumble upon a few other things while hiking the trail: 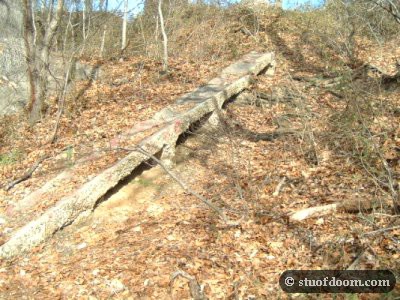 A hiker told us this was part of a water ride; gondolas would ride down concrete slopes like this into the water. We also found a well just off the trail. Large chunks of concrete are abundant as well. 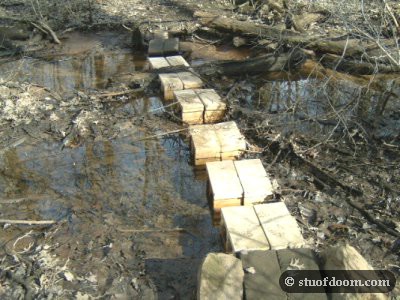 This was how we had to get across one of the trails.