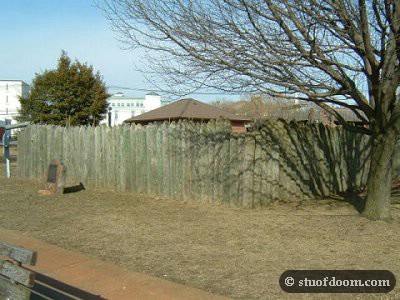 Don’t know why I didn’t put this up sooner; I took these pictures last year.

Just about anyone who passes through downtown Toms River has seen the small waterfront Huddy Park, with a few gazebos, a bridge, and…..a fort? There is a replica blockhouse, or small fort, of the original one that stood on the hill that is now Robbins Street. It’s not very large or complex – just 4 walls made of wood posts, spiked at the end. A few wooden cannons sit at the corners.
Not too many people are aware a battle took place here in 1782. Captain Joshua Huddy, high on the British and Loyalists’ hit list, was in charge of the fort. A group of about 80 British troops and Tories attacked the small village of Toms River; Huddy’s handful of men had no chance. The blockhouse and all of the town, save a house or 2, were burned to the ground. Huddy was taken to New York to be tried. He was found guilty of murdering a British officer even though they were well aware he didn’t commit the murder. He was hanged in Monmouth County’s Highlands shortly afterward. 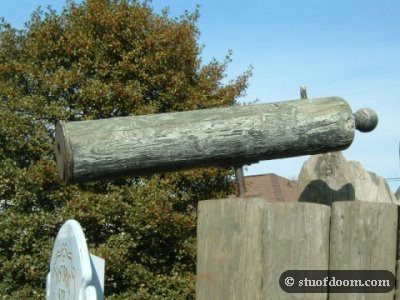 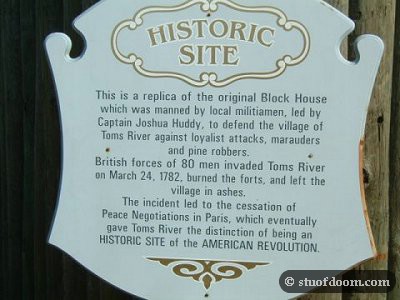