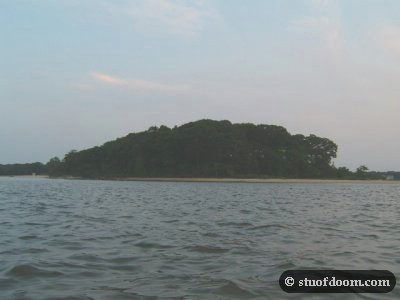 Another place found due to geocaching. I’d been wanting to go to this island for over 2 years but never had the time or anyone willing to cross the Manasquan River with me in my crappy inflatable raft.

It was really cool exploring what appeared to be a seldom visited island. The island did have some party remnants on it, but nowhere as much as I was expecting. I’m including it on the site because of some of the things I found on it – the remains of docks and what appears to be a wall running down one side of the island.
…oh, and the guy who wrote Treasure Island actually visited this place and gave it its unofficial name. 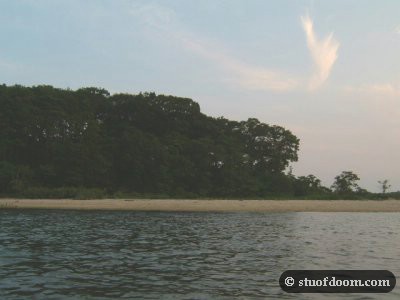 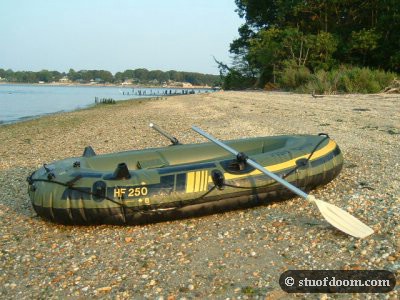 The raft of doom lands. 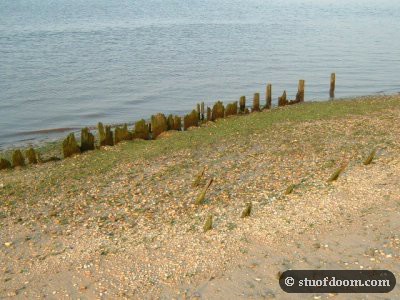 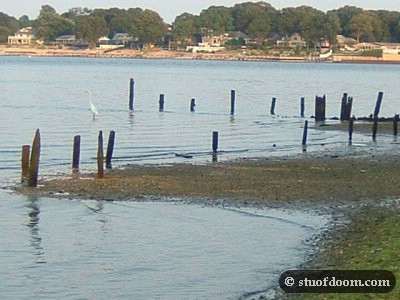 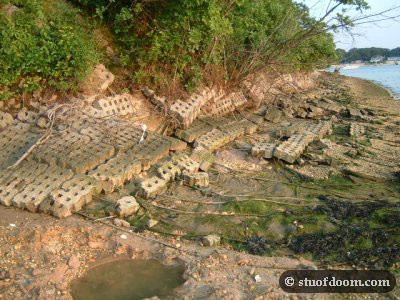 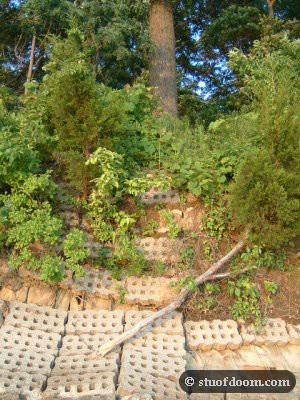 Sadly, the interior of the island had nothing of interest. There were a few overgrown trails and a lot of birds. That’s about it.
We found a sign dedicating the island to its namesakes, the Nienstedts.

Fair warning – much of the island is covered with poison ivy. 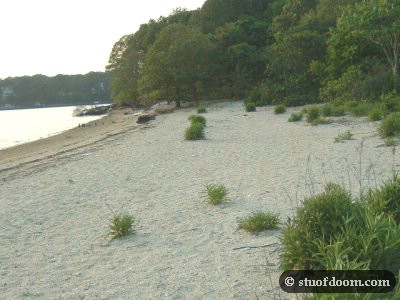 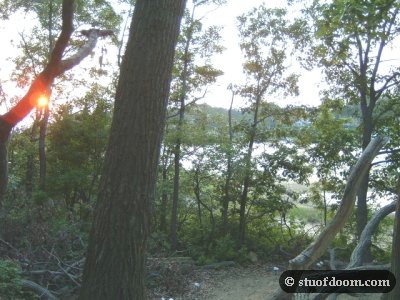 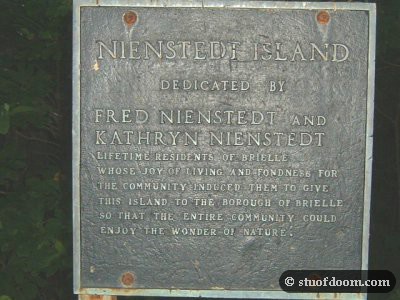 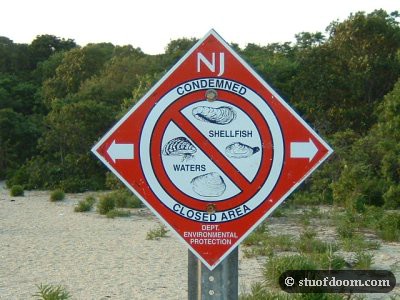 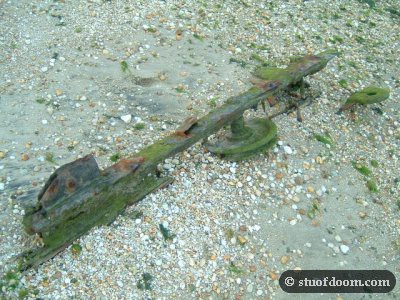 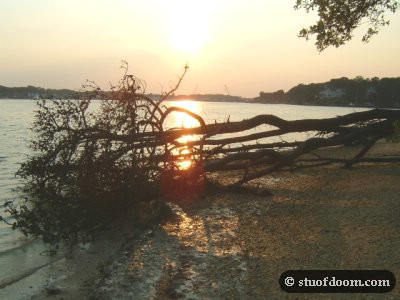