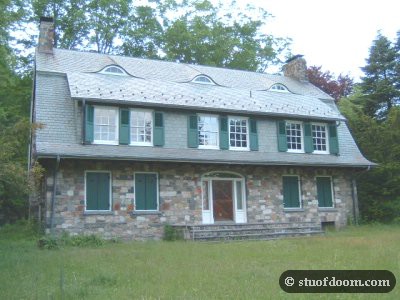 I read a bit about this place before a camping trip up on the PA side of the Water Gap; I didn’t know much except it used to be an artist’s home and it’s now abandoned. We found out it was only 4 miles away from out campsite, so we checked it out.

It’s just off Rt. 209 but is so well hidden most aren’t aware of its existence. The house, built in 1912, was to have been restored; a sign says “for 2000” so they seem to be running a bit late. From what I’ve been told, the house, while in national park property, isn’t yet officially recognized (it’s not on maps or considered a tourist stop). I didn’t see any maps to confirm this. The sign said to take a pamphlet for more info; there weren’t any.
There are 2 smaller buildings behind it. There’s supposed to also be an old farmhouse and barn about a quarter mile away, but we had about 15 minutes of daylight to play with so we didn’t get to check it out. One nearby trail had a stone wall on its side. 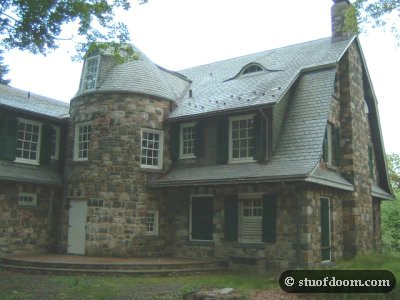 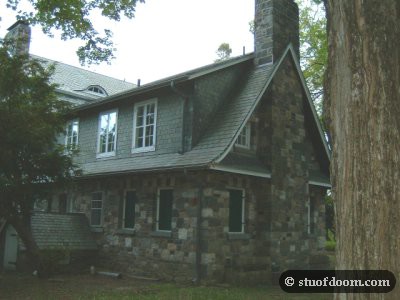 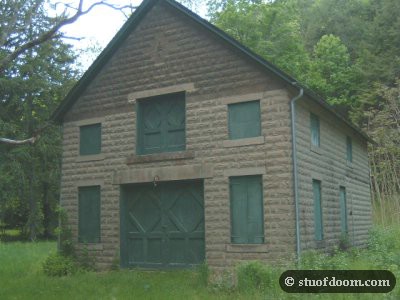 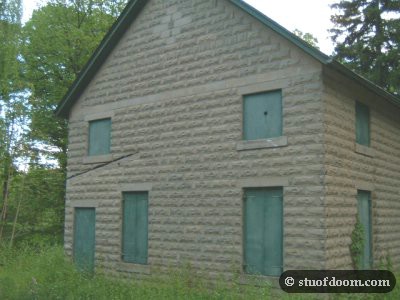 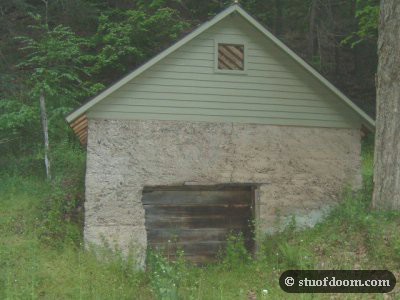 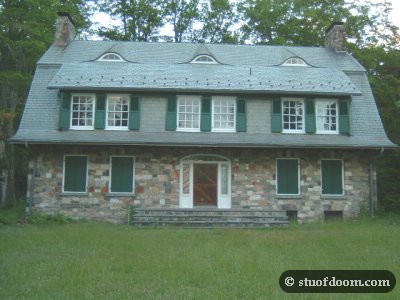