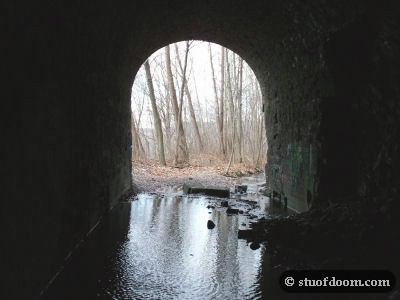 This is somewhere I’d heard about for years but simply never got to. We considered adding it to our itinerary during our recent PA trip, but the weather made us change our mind.

The Manunka Chunk tunnels are abandoned railroad tunnels that run through a hill in Warren County. You have to hike a bit up the hill from the road to reach the entrance. The twin tunnels run parallel to each other and are roughly 300 yards long. They flood pretty easily, and of course we decided to go after some decent rainfall.

Inside, we noticed much of the celing has since collapsed, at times forming a side path that let us avoid most of the water. The tunnels also curve, so the light from the entrance quickly vanishes. The end of the tunnel takes a while to appear as well. My lantern was much more helpful than the 2 flashlights we brought.

Halfway through the right tunnel, I noticed something shiny up ahead. Getting closer, I noticed it was starting to look like a hat. If it was a hat, then something had to be wearing it. But what? We got closer, and something was indeed in front of us with a hat on: 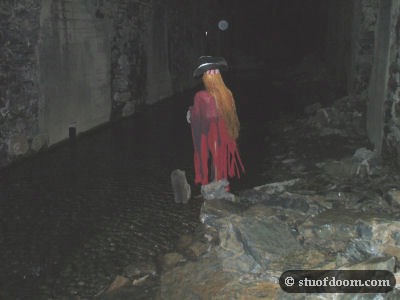 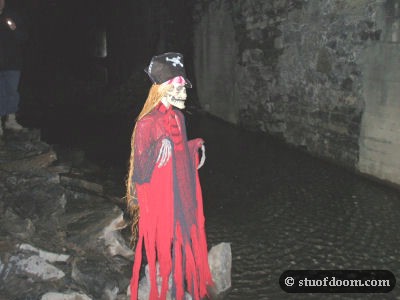 I have no idea who put this here, but bravo. Nice prop. Almost got us jumpy. 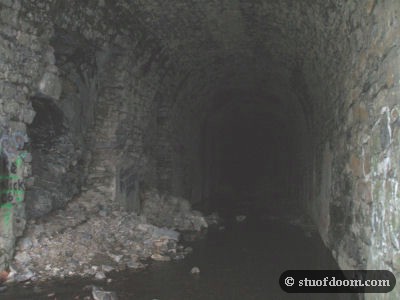 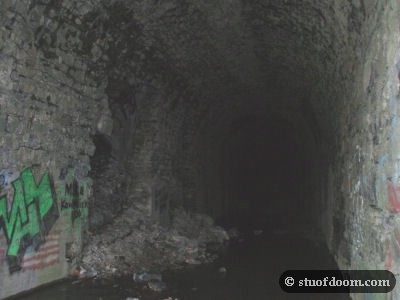 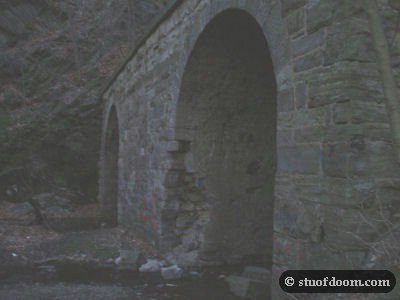