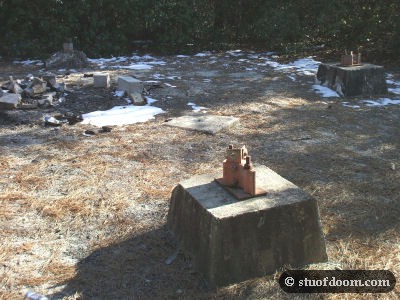 It’s not really what’s at Bear Swamp Hill, because honestly there isn’t all too much to see – it’s moreso learning what happened there and then finding the remaining bits of evidence.

In January of 1971, a plane coming from the McGuire Air Force Base crashed into the fire tower atop the hill; the pilot did not survive the crash. Wreckage, some of the landing gear in particular, landed a third of a mile away. The tower and much of the plane were quickly cleaned up, but it was impossible to find every little bit of the wreckage. The tower was never replaced.

Today, on the hill itself is the foundation of the old tower. This has become a party spot, littered with cans and bottles. In the middle of the foundation is a fire ring made of brick. Down the path a bit are the remains of a bathroom. The landing gear is a good third of a mile hike down a sometimes nearly non-existent trail. I’m glad we did this in the dead of winter. This is not somewhere you’d want to try in summer; the trail would most likely be overgrown, and I don’t even want to think about the amount of ticks & chiggers. 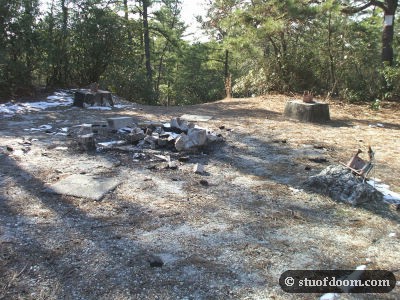 Foundation of the tower, with a fire ring in the middle 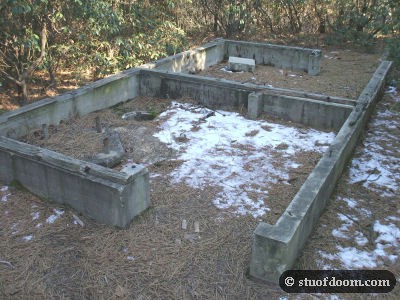 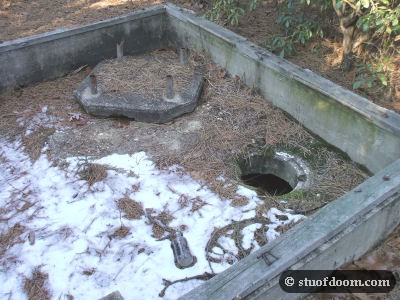 Reaching our goal, the woods seemed to almost open up for us; in somewhat of a clearing we found the last known large piece of the plane – some of its landing gear. All around were stumps, with a few younger trees quickly taking their places. I looked around the area a bit to see if I could find any more pieces but came up empty. Also keep in mind much of the ground was covered in snow, so I may have missed something. Allegedly part of the plane is still embedded in a tree trunk nearby. I’ve heard this from a few different sources, but nobody seems to know just where it is. 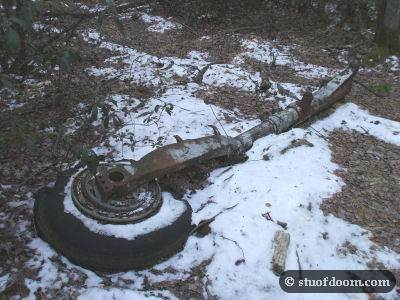 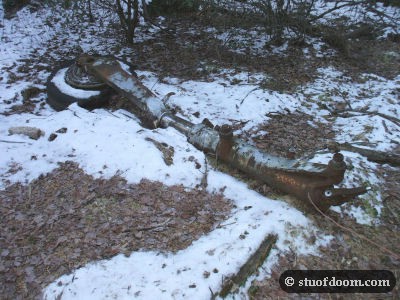