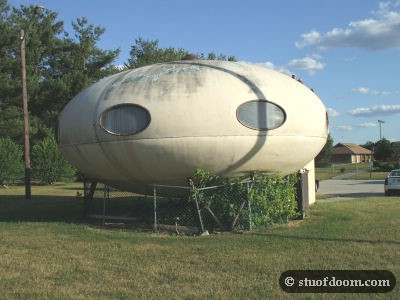 I saw this on the geocaching website and it reminded me of a similar building I saw when I was really little in Seaside. After a little research, I learned several of these were made by the same company. As far as I know, there are only 2 of these buildings left in NJ – the other one is down in Cumberland somewhere, and I intend to go see it soon. This particular one is sitting by itself in Franklin Park, up the road a few miles from the Rancocas Reservation. It’s not well maintained and I’m not sure if it’s currently in use or not.

The Futuro house was designed in the 60’s and was meant to be a portable and economical house, allegedly being able to sleep 8. An estimated 100 were built before the oil crisis in 1973 made them too costly to produce. A bank chain used them for a brief while, which was a pretty dumb idea; would you feel safe banking somewhere a helicopter can easily pick up and take away? I’ve been told the one I saw in Seaside was one of the banks; I was always under the impression it was a tourist welcome center or something.

This one is pretty small and the entrance is more like a traditional house’s rather than the original door with steps that drop down. 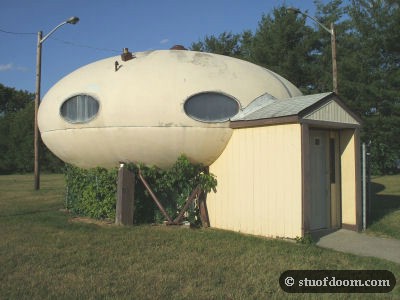 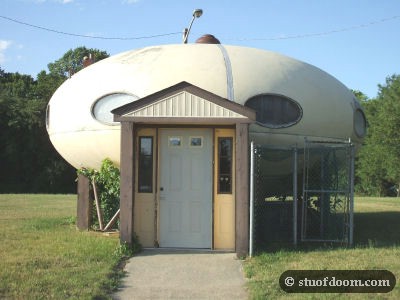 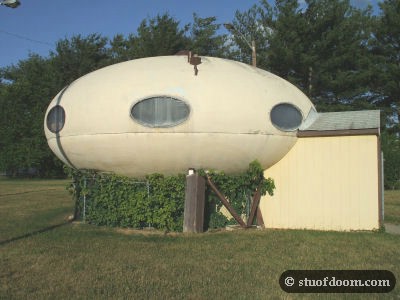 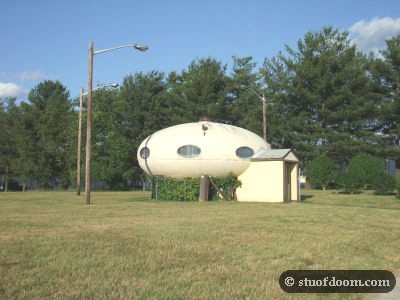