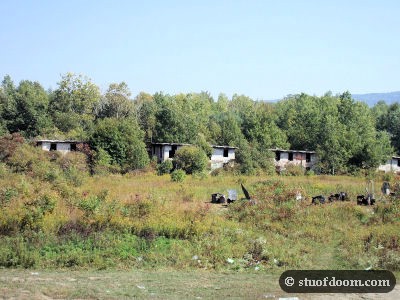 This is somewhere I’ve been meaning to get to for quite some time now. While going for some job interviews in the area, I found out it was just a few miles down the road. I looked for the historical marker on the side of the road and then found the trailhead nearby. The sign is actually a pretty good distance away from the place. 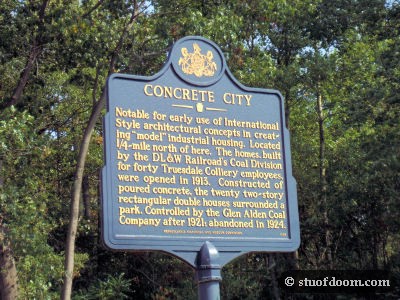 We really had no idea where to go, so we followed the main trail for a good distance, passing by several huge puddles. After a while I realized we had probably gone too far, and we began to backtrack. On the way back we decided to take a different trail. Just a few feet down it (after avoiding more pond-sized puddles), I saw this: 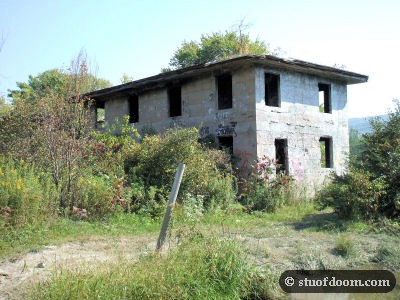 Then I saw them all. The path makes a loop. On the outside of the loop are approximately 20 nearly-identical 2-story concrete buildings, all facing the center of the circle. I was told the “courtyard” was once home to a pool and tennis court, among other things. Today, it is a paintball arena surrounded by tall weeds.

So what was this place? If the sign didn’t tip you off, these were homes built by local railroad companies for their coal miners. They didn’t last very long – built in 1911 and abandoned by 1924. As you can tell from the photos, the place is a popular place to play paintball.

Since they’re all virtually the same, we only entered a few. Some were in better shape than others. One had a big section of its top floor missing, and others are actually sinking into the ground. 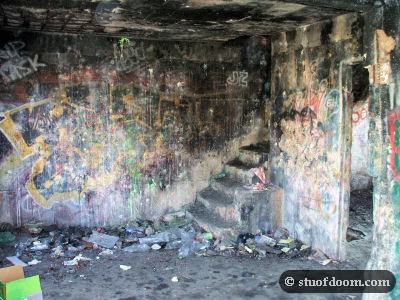 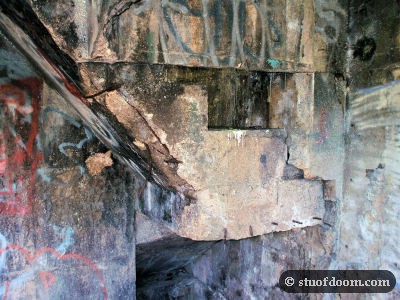 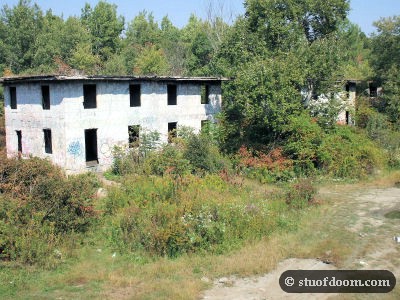 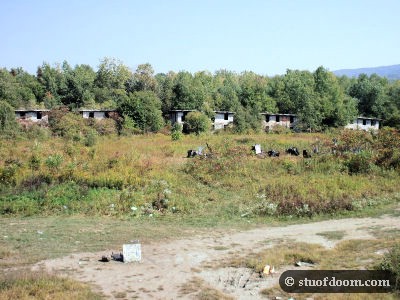 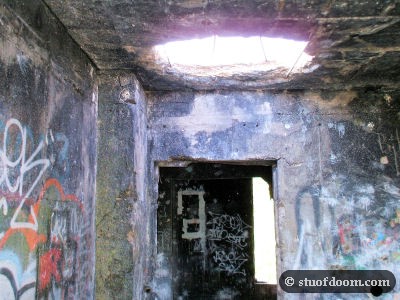 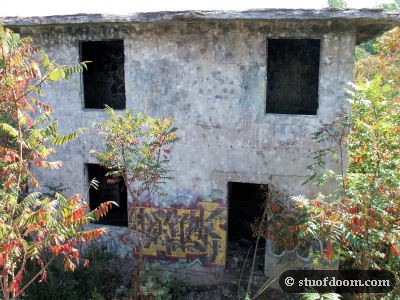 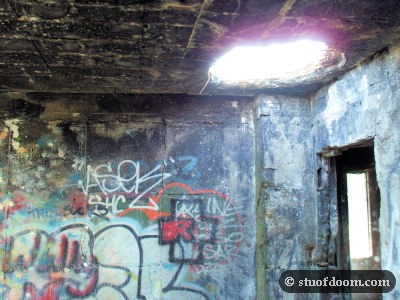 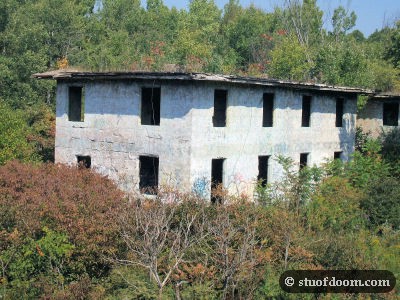 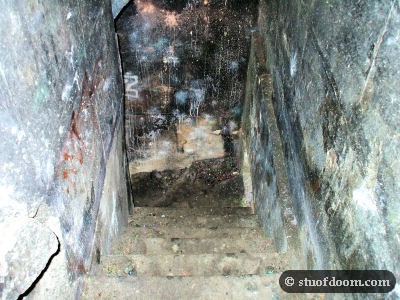 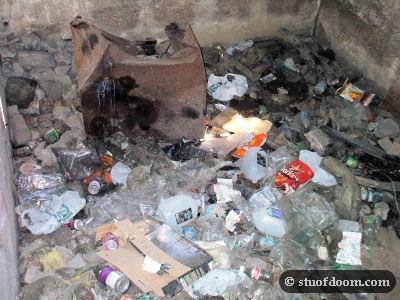 The basements of the buildings were filled with trash. 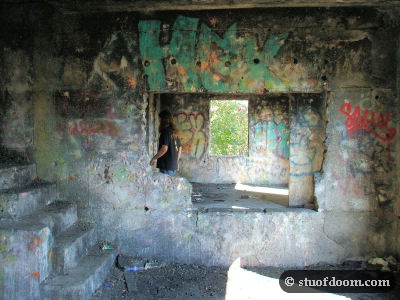 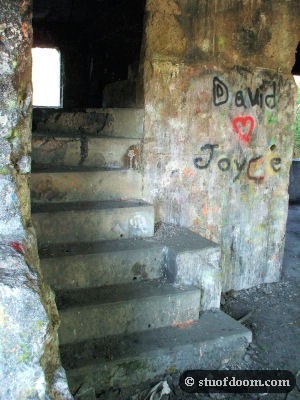 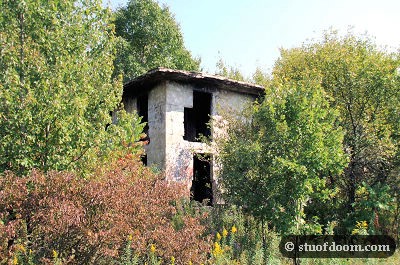 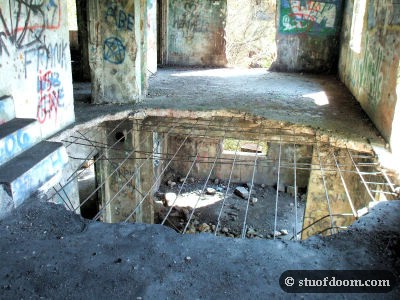 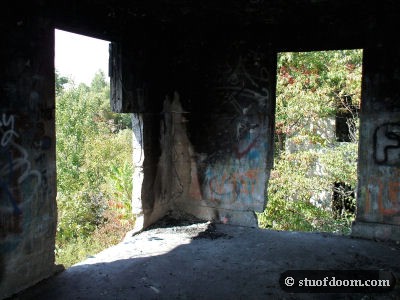 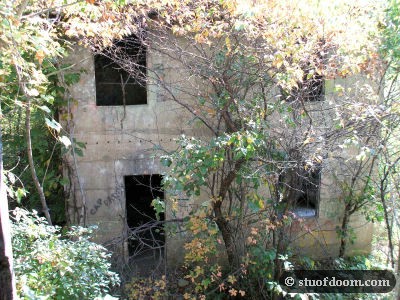 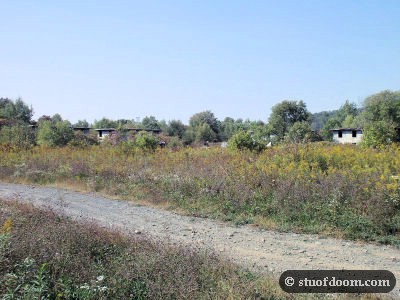 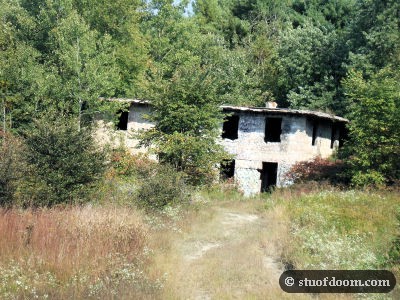 One of the sinking houses. 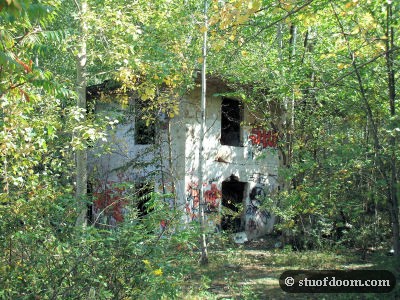 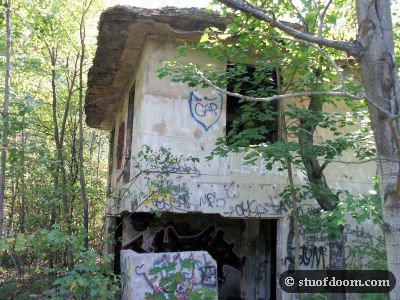 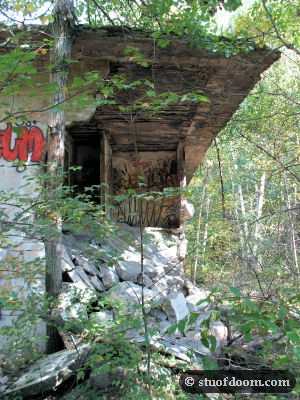 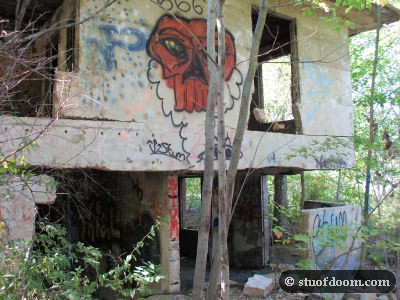 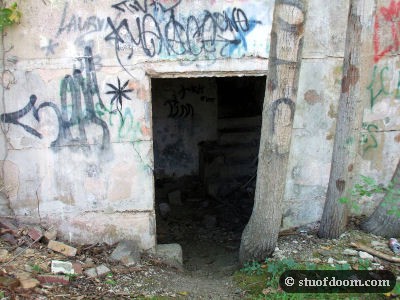 The paintball arena set up in the center of town: 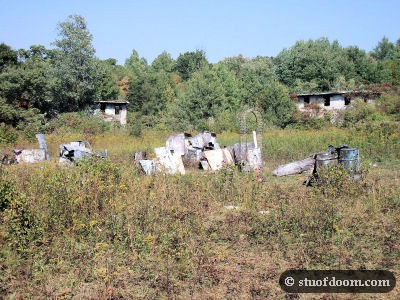 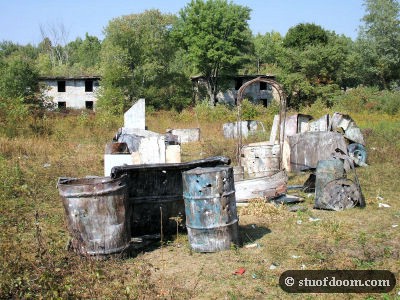 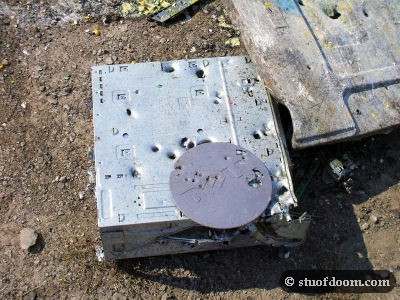