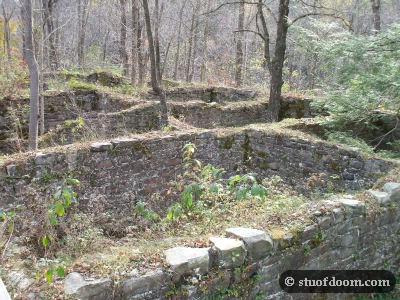 This was another place that we discovered was just a few minutes away from our new house.

Lehigh Tannery was destroyed by fire in 1875, and today its ruins can be found right along the Lehigh River. Hemlock bark was essential for the tanning process, so the trees were chopped down incessantly. On top of the major deforestation it was causing, the tannery was also doing harm to the river and even caused the water to turn black.

Now the forest has returned. The river no longer runs black. All that remains of Lehigh Tannery are some foundations. 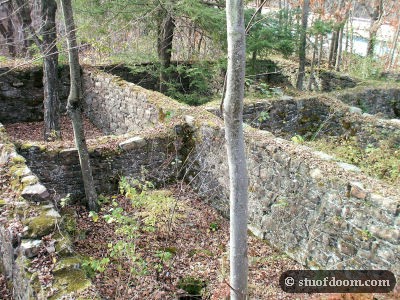 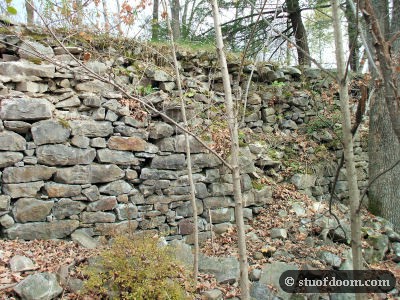 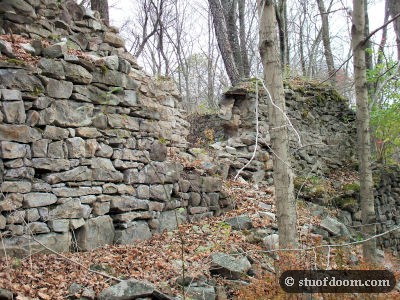 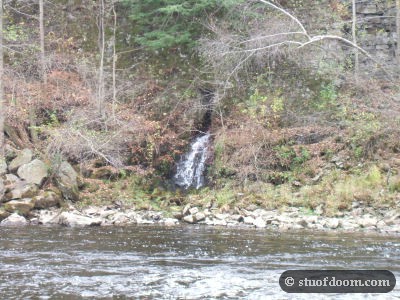 A small waterfall across the river from the ruins.