Probably one of the least visited and least known ghost towns in southern New Jersey, Fries Mill can be found in the Manumuskin River Preserve. The “official” way to get to it involves a 1.25 mile hike, though it seems there’s a way for ATV’s and dirt bikes to get there as well (both of which are illegal in the preserve; be responsible and just hike to it). 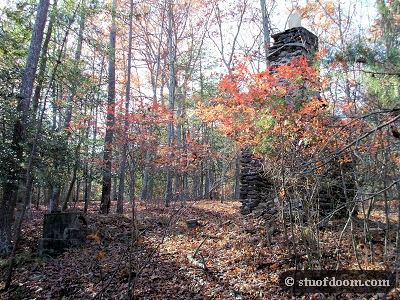 I had a book signing in Vineland one weekend, and I knew it would be the only time for a long time I’d be in the area. So I woke up about 4 hours earlier than planned and hoped I’d have time to both hike the 2.5 mile round trip and find the ghost town. I had some trouble finding the beginning of the trail but I managed. I pretty much jogged the first half mile or so, trying to buy myself as much time as I could. About 20 minutes into my trek I came across this: 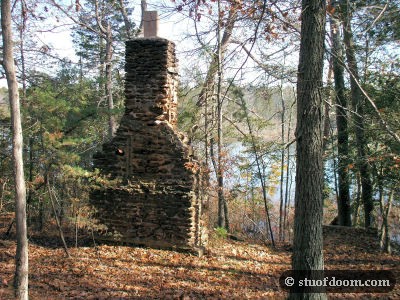 A fireplace right along the water. I would find out this was a bit of a distance away from anything else. Before hunting down the rest of the town, I made a small side trip to see a place known as the Blue Lagoon, which was only a few hundred feet through the woods. 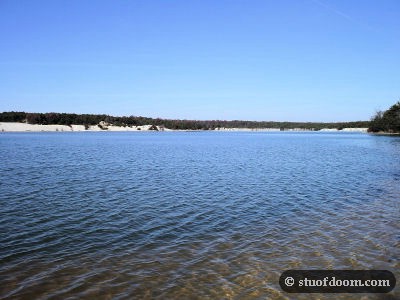 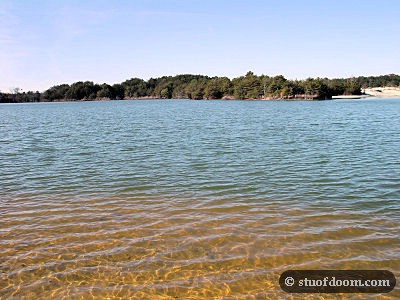 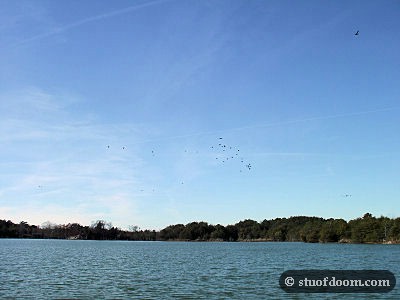 Unlike the Blue Hole, this was actually blue. Well, after the first few feet anyway. I heard some ATV’s across the water so I hurried back through the woods so they wouldn’t come over my way.

Back on the path, I finally came across even more ruins of Fries Mill. I found the remains of 2 buildings this time, right next to each other. 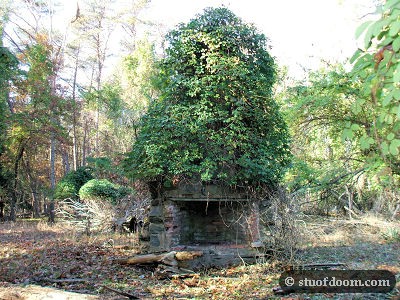 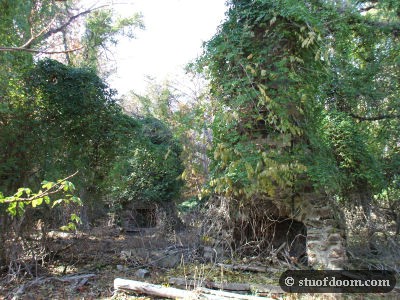 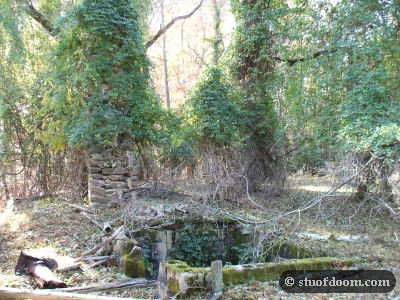 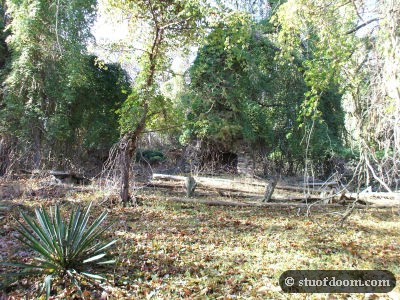 Here’s a tip. See that spiky plant in the corner there? If you ever come across one of these while hiking, chances are good you’re near a ghost town or ruins of some sort.

Farther up the trail is a sign that gives some information on the town and has a map of its layout. Across from the sign are your run-of-the-mill cellar holes. 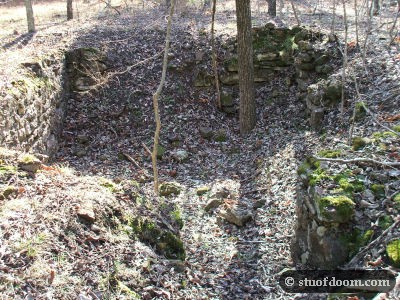 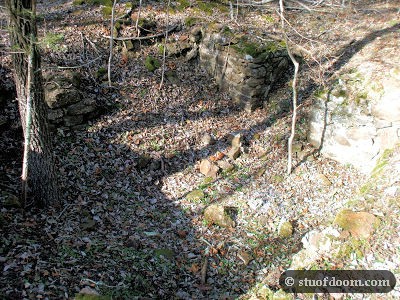