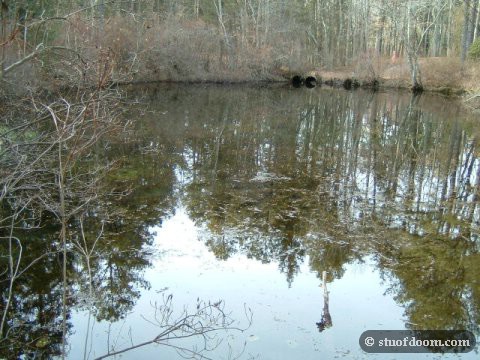 The Blue Hole is one of those places I simply don’t understand why people make a big deal out of it.
From what I heard, the Blue Hole was well-hidden in the woods of southwest Jersey. What was noteworthy about it was the fact that its water was very,very blue, which is odd, considering all the streams nearby are tea-colored cedar water. It was supposed to be a perfect circle with clear, blue water. It’s also called the Devil’s Bathtub, since some of the legends surrounding it deal with the Jersey Devil either bathing or living in it. Supposedly it has no bottom. I heard a few stories of people trying to test its depth, only to run out of cord or wire.
Let’s go over the “coolness factors” here:

The water is far from blue….depending on what time of year you go the water is either brown or green. You know, green from the algae on the bottom…the bottom of the ‘bottomless hole’ that you can clearly see across to the other side. Oh yeah, it’s not perfectly round either. 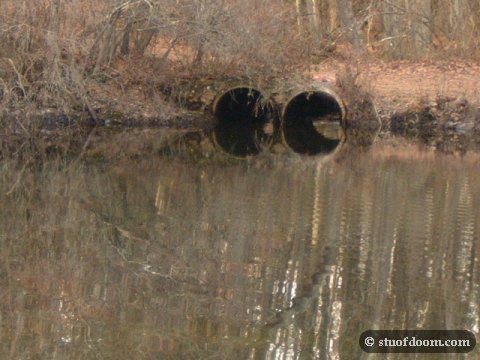 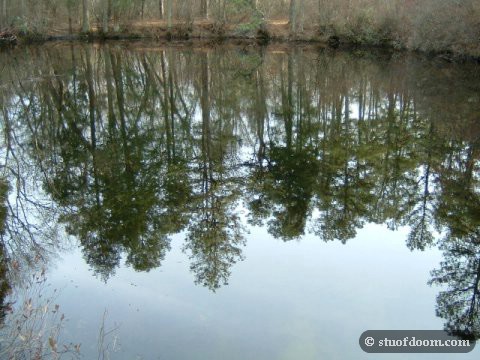 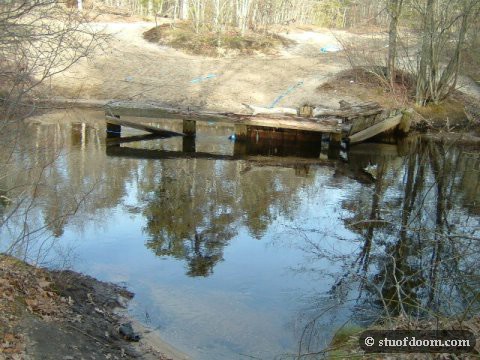 This is just up the path from the Blue Hole. Looks like it could’ve been a bridge or dock.

I had someone email me a few years ago saying there was another Blue Hole and that this is not the real one. I don’t know about any others, but I do know this is the original. All the stories are tied to it, not to mention the trail to it is marked with blue dots. Maybe there are other Blue Holes. And maybe they’re actually blue.

1 thought on “The Blue Hole”