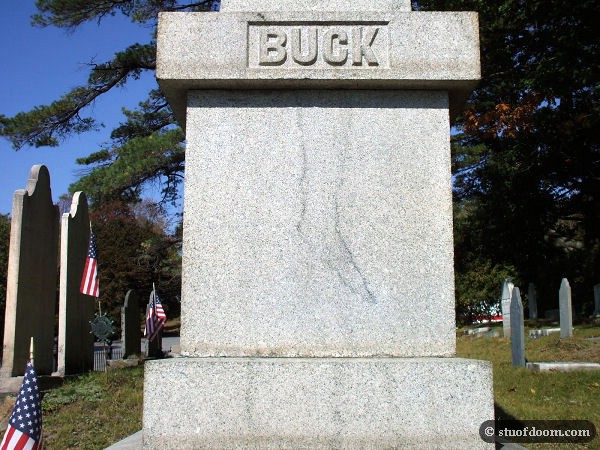 This is just dumb. Really, really dumb. There’s a tombstone. A shape that somewhat resembles a leg shows up on it one day. Somehow, this gives birth to a ridiculous story about killing witches.

The grave stone is that of Colonel Jonathan Buck, the guy who founded Bucksport. After this shape showed up on his stone, a story started circulating that it was due to a curse put on him by a witch. Supposedly Buck had a witch executed, despite there being no historical records of anyone ever being killed in Maine for witchcraft. Buck was by all accounts a good guy and not one to start killing alleged witches. 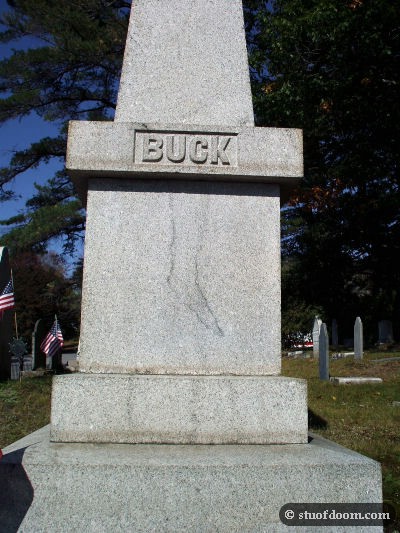 I often wonder why ridiculous stories like this won’t go away. Here at least, there’s a reason: 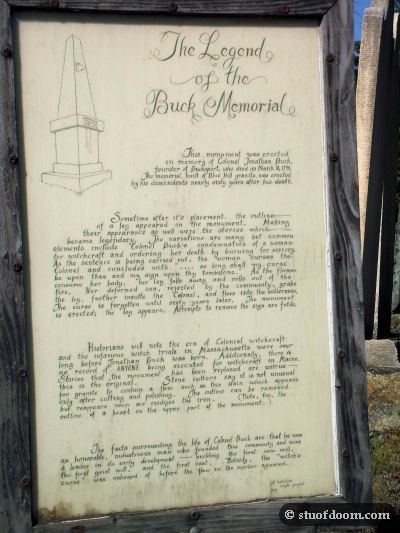 That’s right. There’s actually a sign next to the gravesite that writes out the whole dumb thing. What annoys me is that the sign pretty much says the legend in nonsense, so why bother having it there? That’s not going to make the story go away anytime soon. 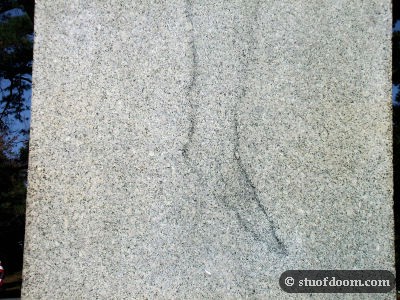