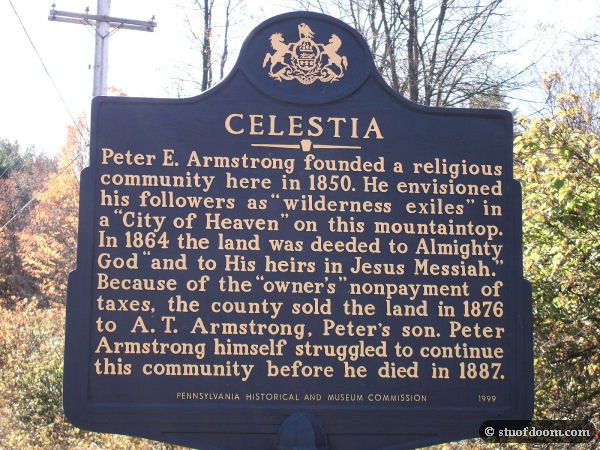 Another example of the place’s story being much more interesting than the place itself. I had read over and over about a ghost town in Pennsylvania’s Endless Mountains that was meant to be a religious utopia. Founded in 1850 by Peter Armstrong, Celestia was supposed to be where Jesus Christ himself would return to the world. Armstrong believed this so deeply he had a dwelling built for Christ. This was to be the one place on earth with people pure enough to survive final judgment.

Long story short, shady characters began moving in once it became well known that Celestia’s residents were exempt from the Union Army’s draft. Armstrong went so far as to deed the town to God, and in doing so attempting to make it tax exempt. Well, that didn’t happen, and with the draft dodgers moving in, the unpaid taxes piling up, and the lack of saviors showing up, it only took a few decades for Celestia to crumble.

After nearly 30 years of no payments, the county sold some of the property to Armstrong’s son in 1876. This would prove to be the killing blow to the town. Armstrong tried until his death to keep Celestia going, but to no avail. After he died in 1887, the few remaining believers began to disperse. The town was quickly reclaimed by nature. 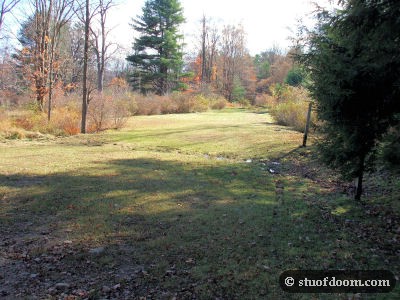 And nature sure did a good job. I was disappointed to find that almost nothing is left of Celestia. Some of the roads and paths are somewhat discernable, but other than that, the only evidence I found of it were some possible cellar holes and sections of stone wall off the trail a bit. 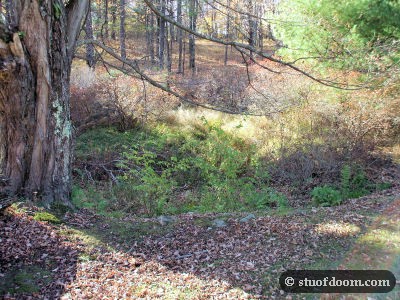 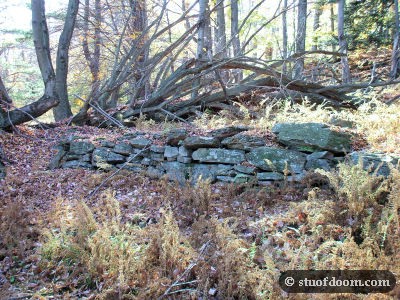 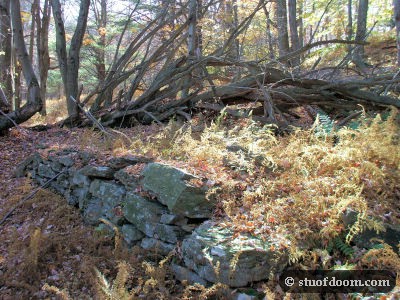 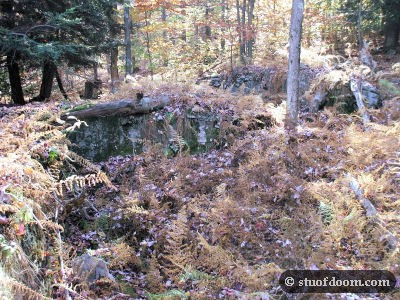