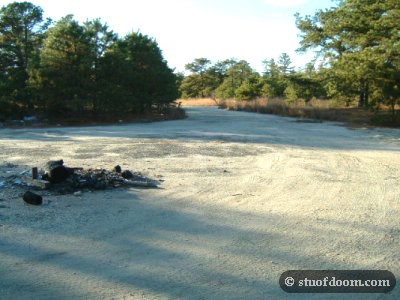 Carusoville is a now empty group of roads behind Bamber Lake. Supposedly the entire Caruso family lived back here and then for whatever reason all left. The government, being the kind productive souls they are, then of course came in and knocked down the houses. I’ve also heard a woman’s body was found not far from Carusoville a few years back.
Not a whole lot to see honestly….just 2 empty cul-de-sacs with various garbage and bonfire barrels strewn about. Very little is left that would suggest it was once a development. 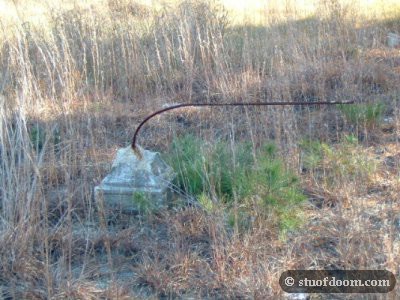 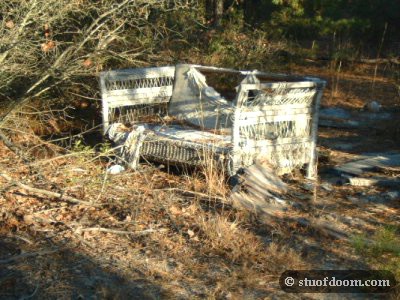 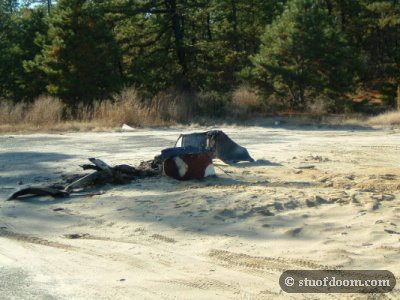 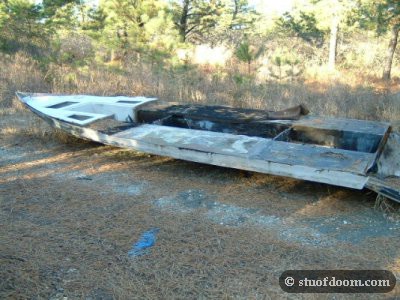 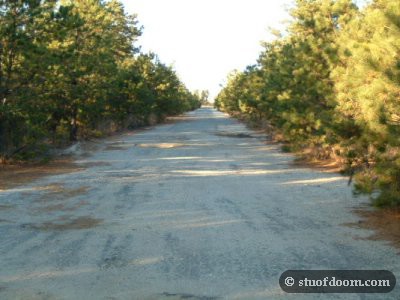 I’ve been here many times but didn’t know this was the actual Carusoville, which someone a few years back incorrectly told me was closer to the Boys’ Home. I’ve kept the original page intact below.

Behind Bamber Lake is what appears to be an unfinished development. There are a few roads with large potholes, and at the very end are 2 large cul-de-sacs. In the middle of both are piles of wood, garbage, etc. There are a lot of bonfire spots in the Pines, but these are probably the only ones that are in the street and can get away with it. 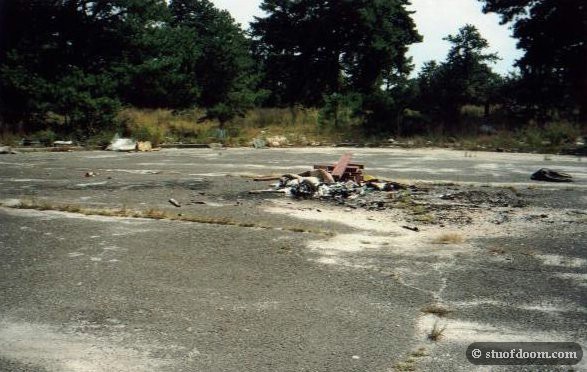 Down one on the dirt paths I found, I found some weird looking junk on the side of the trail: 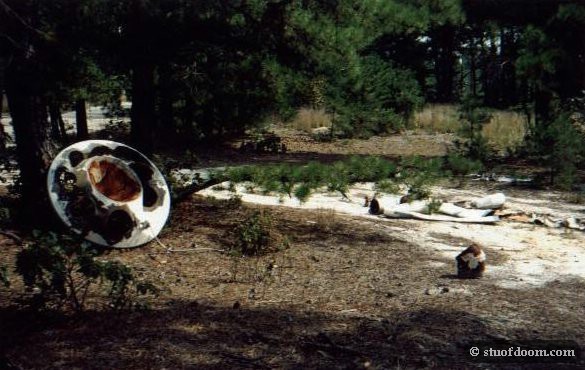 We found a boat in the woods last time we went.