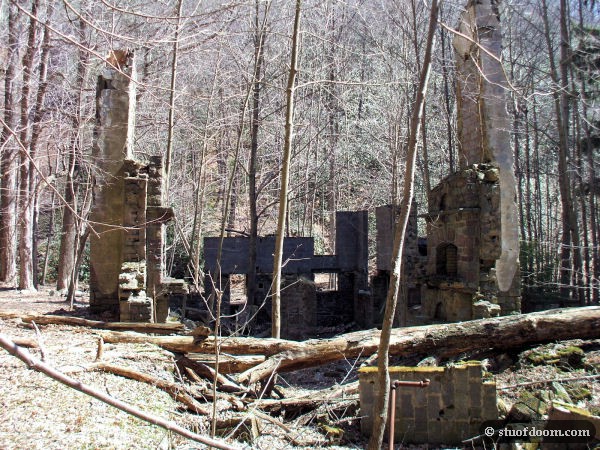 Virtually nothing is known about the ruins in the Devil’s Hole, found ironically in Paradise Valley.  According to local legends, the place was a hunting lodge, ski resort, or speakeasy.  The only thing agreed upon is that it was destroyed in a fire decades ago.

I was told it was quite a hike to get to this place, about 6 hours, and that I’d have to wade through a river several times before reaching it.  Long story short, the trek was less than a mile, although I did have to walk through a stream 5 or 6 times.  It was slightly above ankle-deep for the most part.

The first part of the trail winds through thick rhododendrons and abruptly stops at the first water crossing. 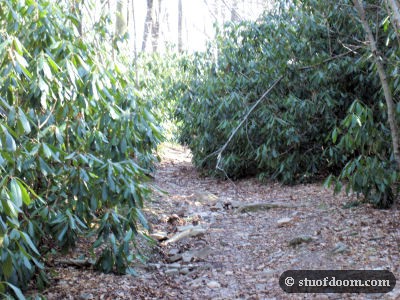 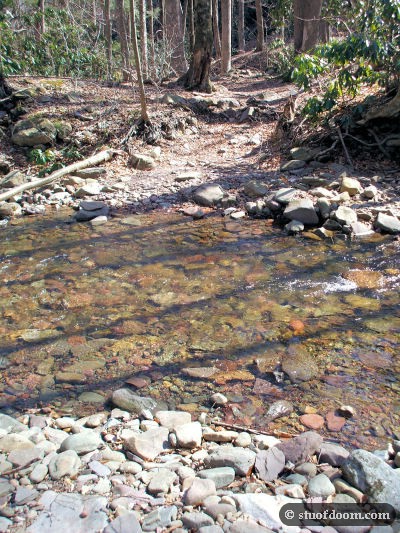 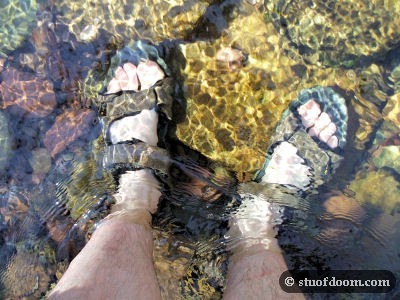 The trail is pretty unclear at times; orange blazes are few and far between.  It doesn’t help that the stream zig-zags across the trail quite a bit.  Lucky me decided to find this place just weeks after the spring runoff, so needless to say the water was cold.

Eventually, a very discernable trail materializes out of literally nowhere.  Following this down a bit will lead you to the first part of the ruins, just a small fireplace. 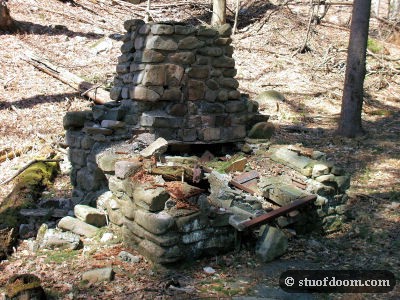 Sort of hidden among the trees, diagonally across the path, is the true prize, though.  The big building has two double fireplaces.  The first floor was completely destroyed, so when you’re poking around the place, you’re actually on the basement level. 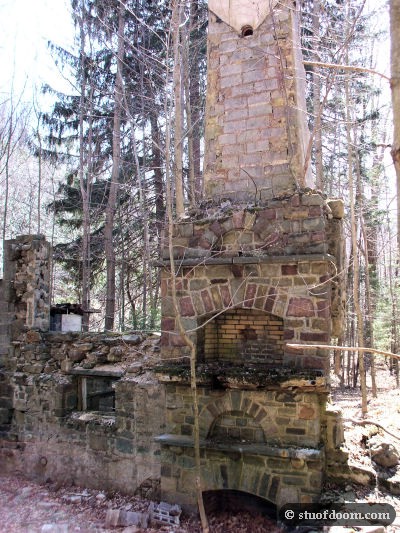 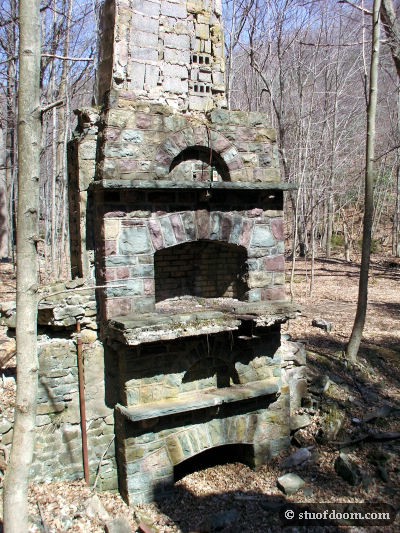 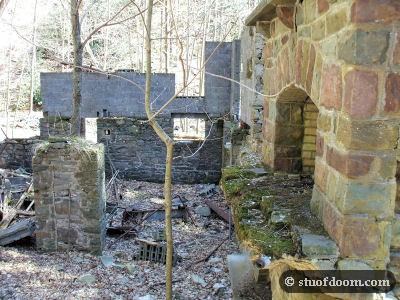 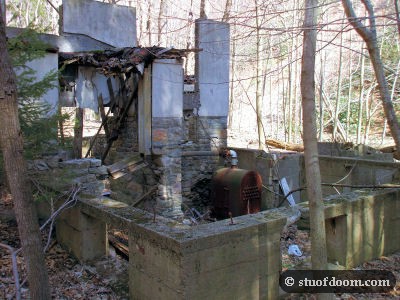 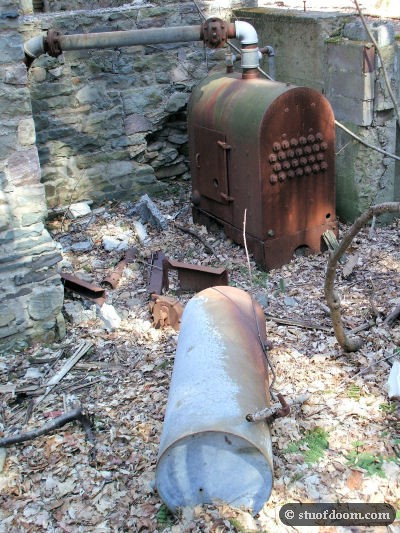 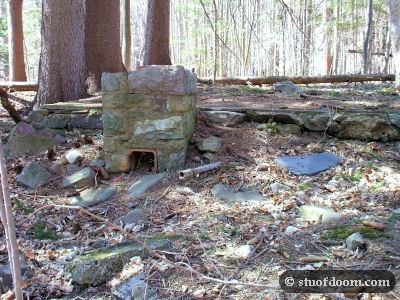 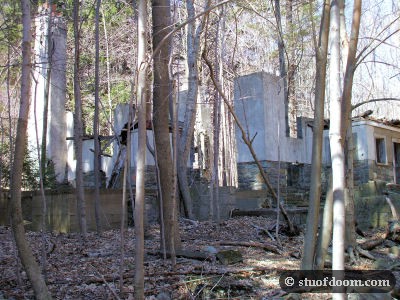 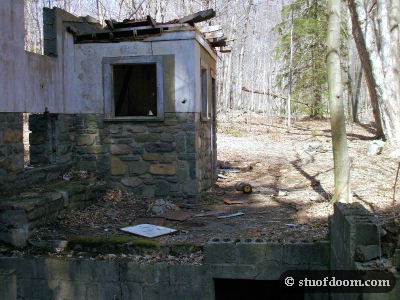 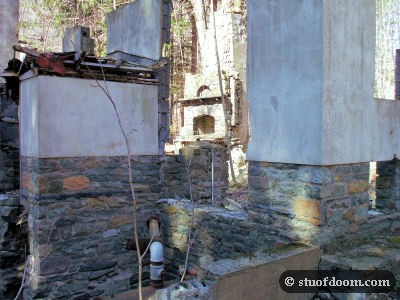 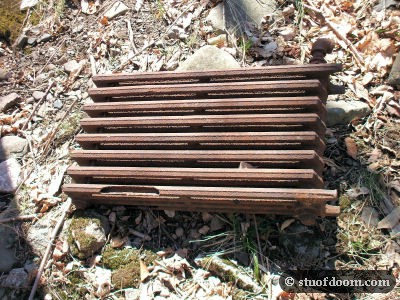 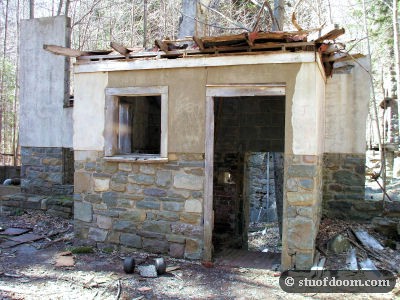 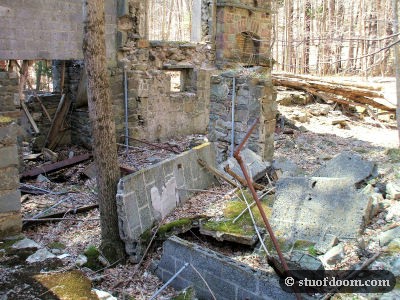 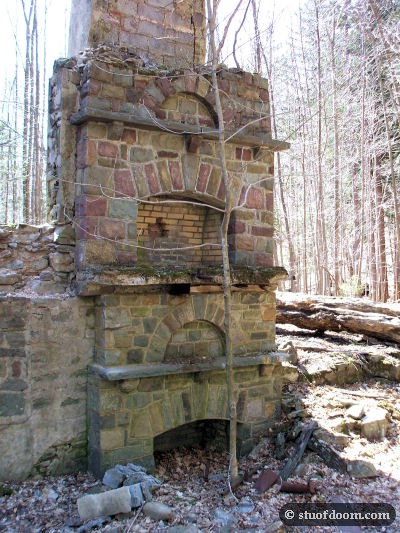 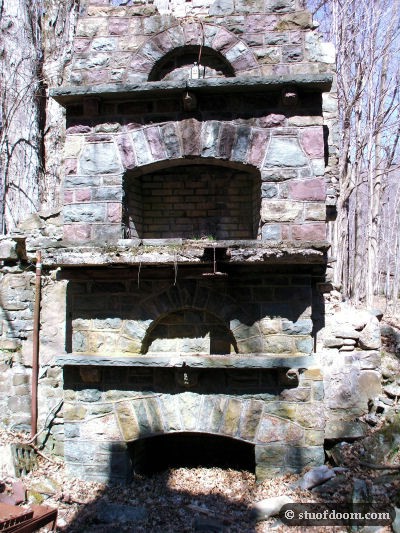 So what was this place?  There are a few things here that pretty much prove it was a ski lodge of some sort. I’m guessing that first fireplace I came across used to be a tow shed, because right behind it was a cleared area running all the way up the mountain – a telltale sign of a ski lift.  Also just behind the small fireplace was a wheel mounted in a tree – most likely to run the lift.  I think it’s pretty obvious this place was a ski lodge.

Unfortunately, I don’t have photos of the wheel or cleared area because I was too busy putzing around with my camcorder and forgot to take actual pics of them.  If I ever figure out how to edit the video I shot, they’ll be on there. 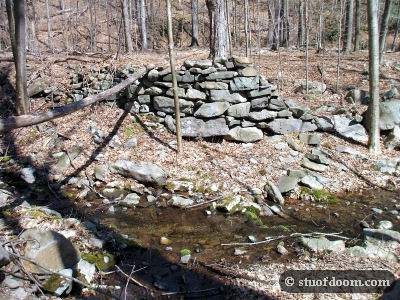 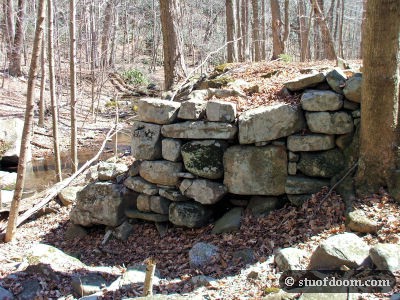 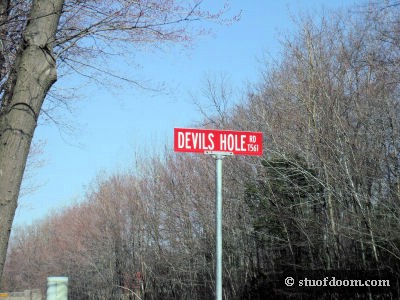