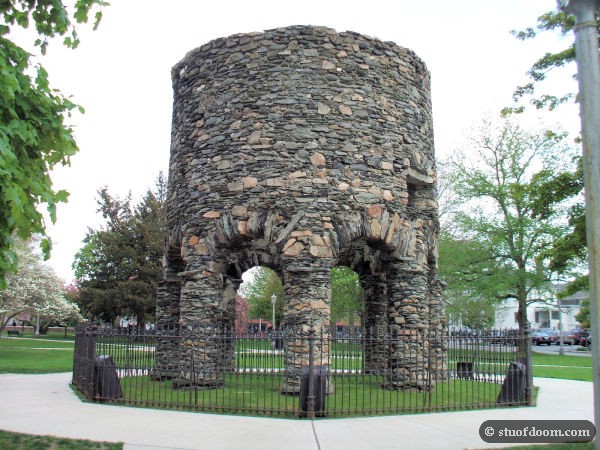 I had been meaning to get to this one for a number of years, but it was usually out of the way.  Since we were touring a mansion in Newport, I finally had a chance to get to the “Viking Tower” in Touro Park.  Nobody seems to be clearly sure of its age or who built it.  There are 2 major sides to the theory of this structure’s origin – some people think it’s the remains of some sort of mill from the 16-1700’s, while others feel it was built much earlier – around 1000 – by Vikings. 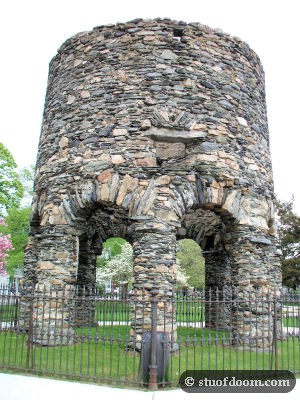 The tower, windmill, or whatever it was sits in the middle of the park, surrounded by a small fence.  There are lights at its base, and a statue of William Ellery Channing – a prominent Unitarian from the 1800’s – is nearby. 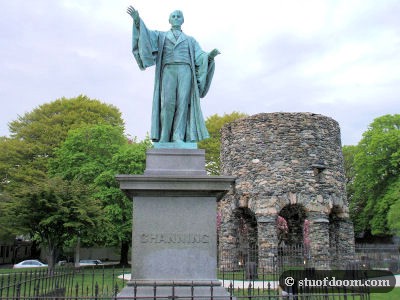 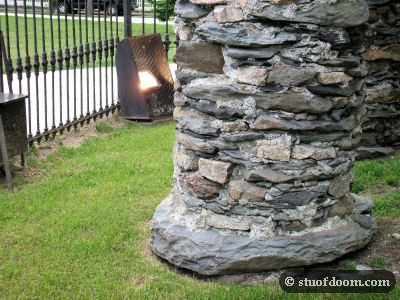 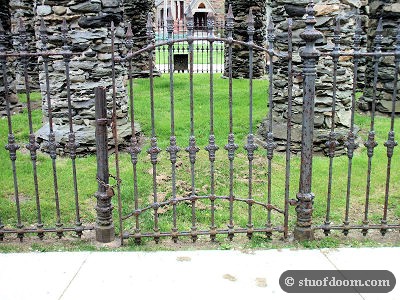 I found a 360-panoramic of Touro Park.  Kinda trippy.

…wow, ‘trippy’ isn’t in my spellchecker.