12/16/05 – I never, ever edit my old photos. This was an exception – the only one so far. This was such a cool place, and I always felt the pictures didn’t fully represent it. So I gave in and brightened and sharpened some of these photos. I’m much happier with them now. 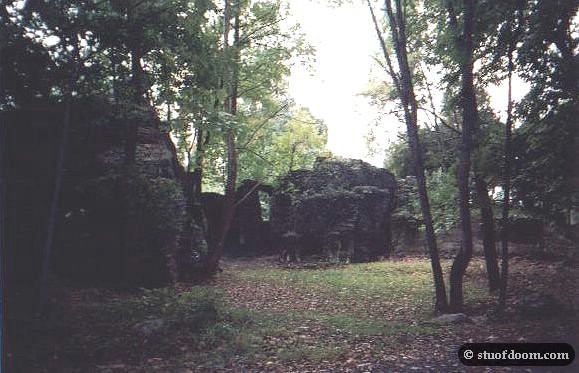 My friend out in Bordentown told me about this place. It’s very unique and few people know about it. I’m keeping my promise to Marilyn and keeping its location hush-hush, since there’s already enough garbage and beer cans strewn about.

Keep in mind these are not huge caves. They’re not underground either. From the looks of it, they’re man-made, or at least mostly man-made.
I don’t know much about its history. All she could tell me was that the place was used by monks years ago. The caves are on a church’s property as well, so the monks part makes sense. I don’t know if the monks themselves built it or not. You can see in the pics that the inside of the main cave has both rock and brick. Maybe the caves were built onto rock that was already there? Not sure really. Whoever built these was pretty skilled though. 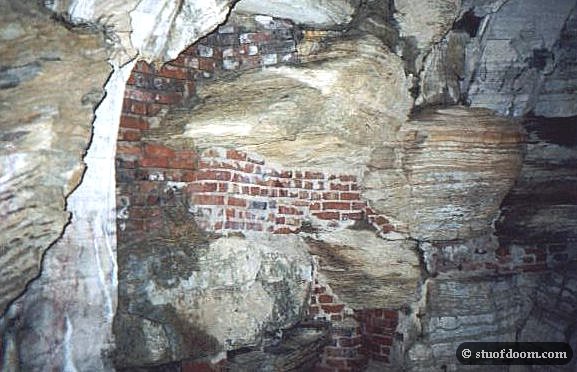 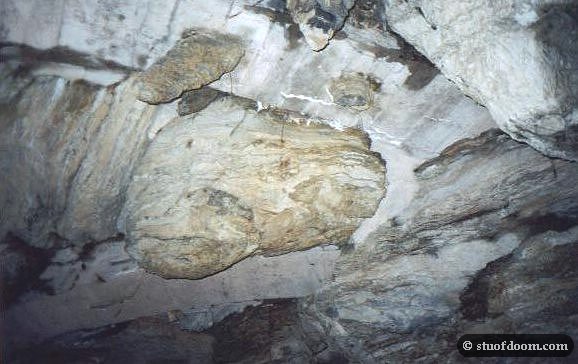 The caves are in the shape of a large backward ‘S’. At the far end is a large stone circle, where it looks like another section of the caves may have been. All that’s there now is a circle of rock on the ground with a few larger rocks on top of it.
A few places in and on the caves, I found remnants of water pipes, faucets, and a few metal cylinders in the ground. Not sure what the cylinders were used for.
There are stairs going up to the top of the caves. This is my favorite picture of the place. 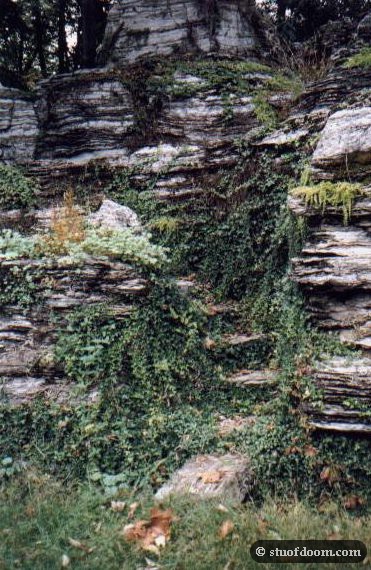 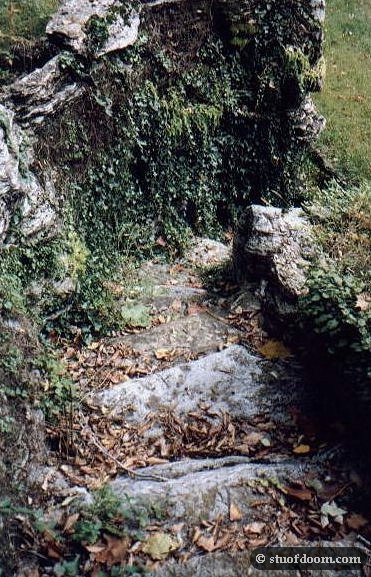 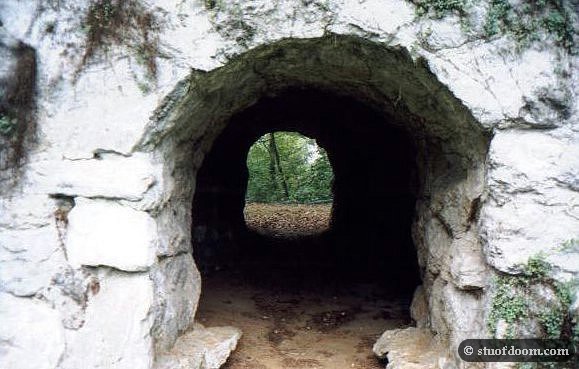 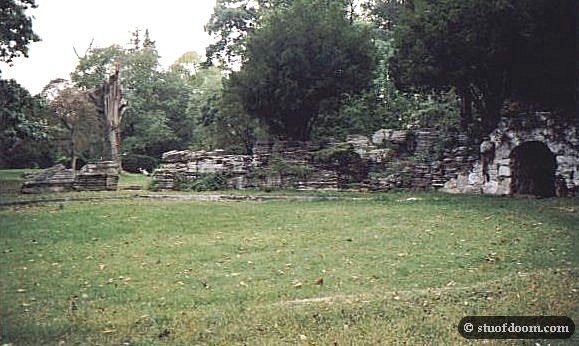 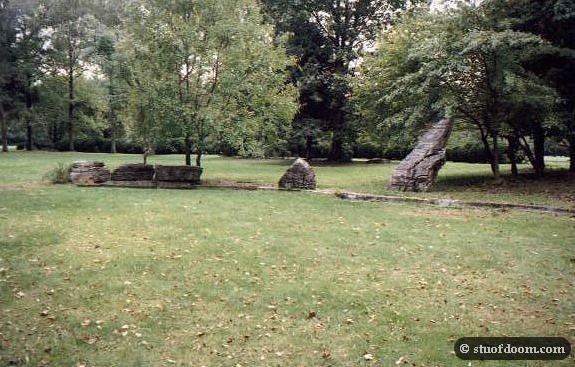 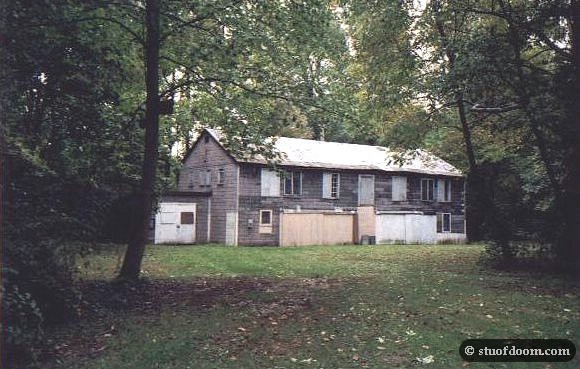 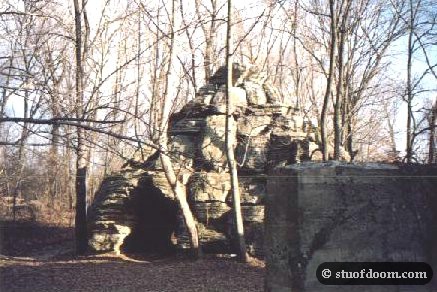