Hamilton/Burr Got Milk? commercial from sometime in the 90’s 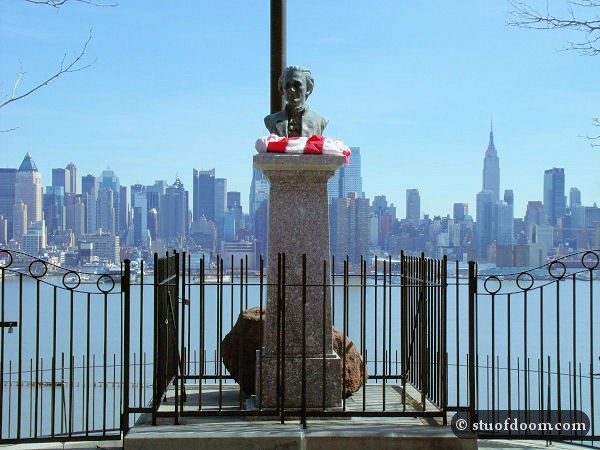 In the early days of this country, if you didn’t get along with a political rival, you didn’t just do the childish mudslinging modern day politicians do.  Oh no, you popped a cap.  And that’s exactly what happened in Weehawken, NJ, in 1804.  Alexander Hamilton, the nation’s first Secretary of the Treasury, and – get this – vice president Aaron Burr decided to put an end to their long-lasting rivalry.  Although considered honorable and a “gentleman’s” way of settling disputes, duels by this time were outlawed, so we had two very prominent political figures breaking the law.

As we all know (or at least the guy in the milk commercial up there), Burr killed Hamilton, was charged with murder, and acquitted.  Why does this have any relevance?  Historically, it has quite a bit.  Hamilton was one of the last significant members of the Federalist Party, which long story short was for stronger government and fewer rights to the people.  Hamilton was even quoted during a debate with Thomas Jefferson as saying something along the lines of “Your people, sir, is a great beast.”  He didn’t want the common person voting people into office; he felt a rich aristocracy should consist of the country’s voters.  This guy can somewhat be blamed for that ever popular entity that rears its ugly head in every presidential election – The Electoral College.  Had the Federalist Party remained a formidable party, who knows how much different our government would be today?

And, of course, since Hamilton was the one who lost his life, he gets all the honor and everything named after him.  He even got the last laugh in a way; the duel was so negatively viewed by the public that Burr crept away and left the political world for good. 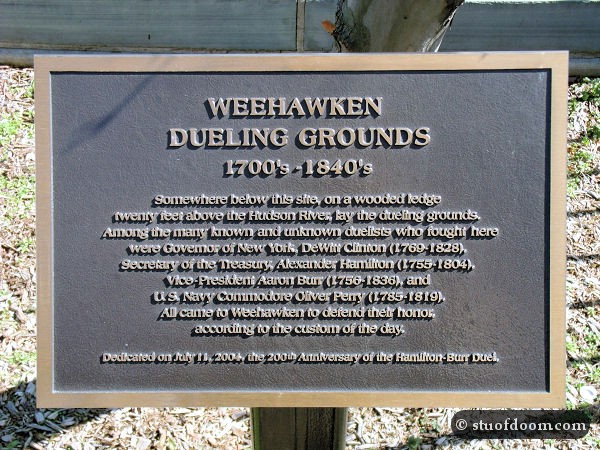 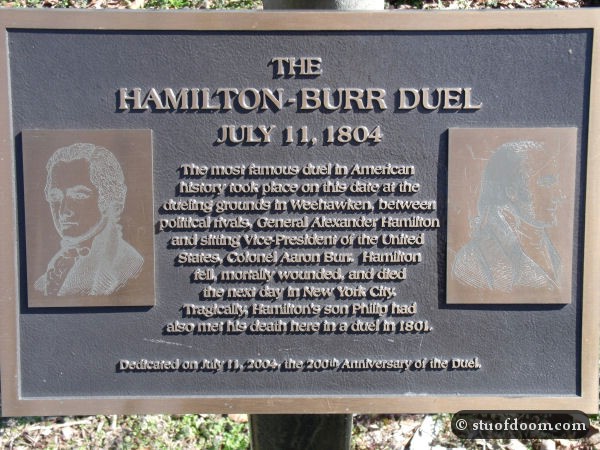 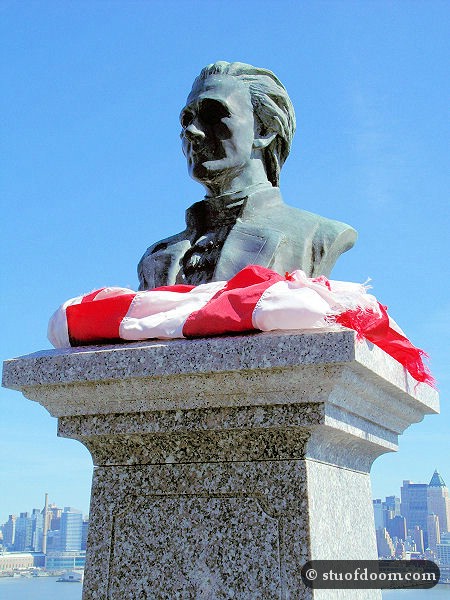 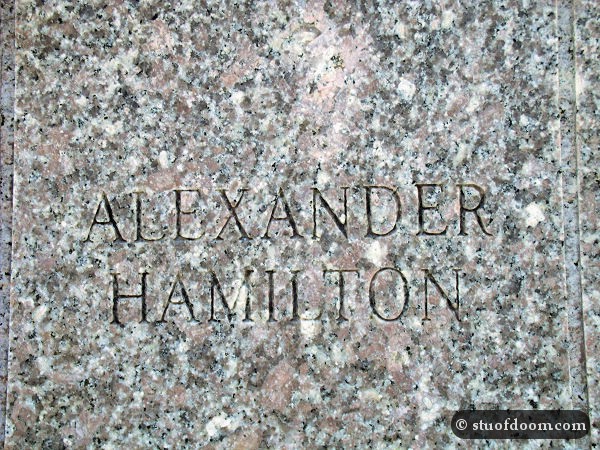 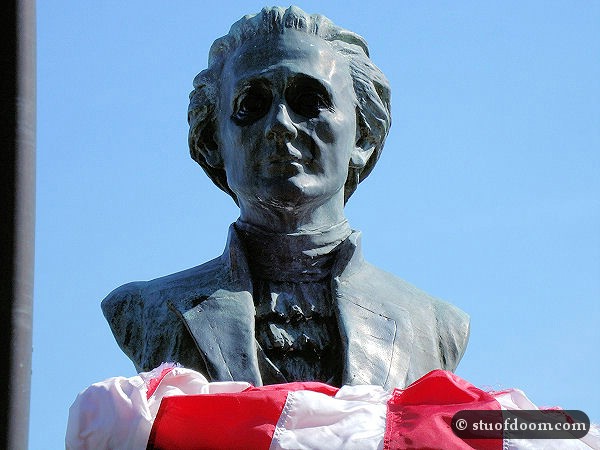 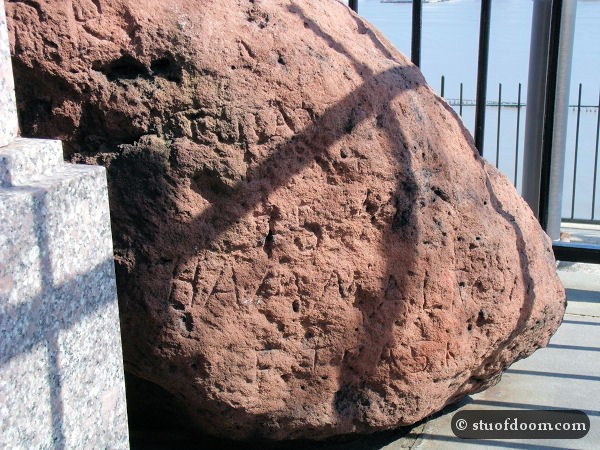 The monument is on the appropriately Hamilton Avenue and has quite a nice view of Manhattan behind it.  A small park, also named after Hamilton, is nearby.  They were filming something in it when I visited – not sure what. 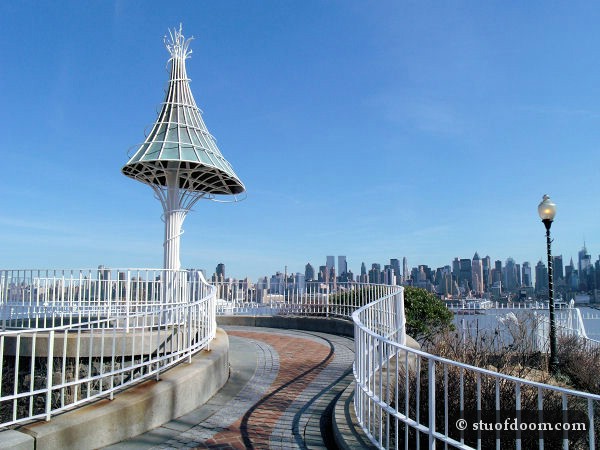 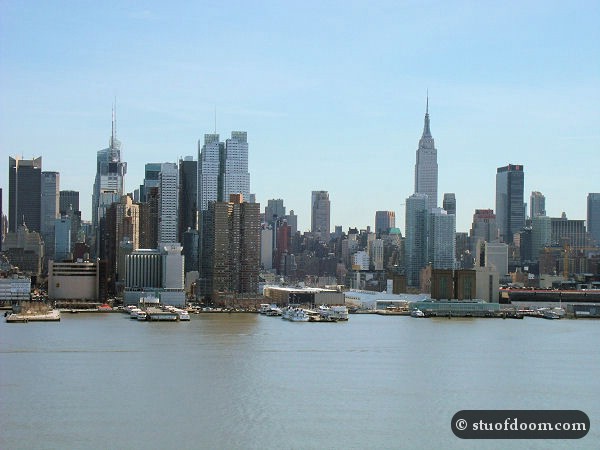 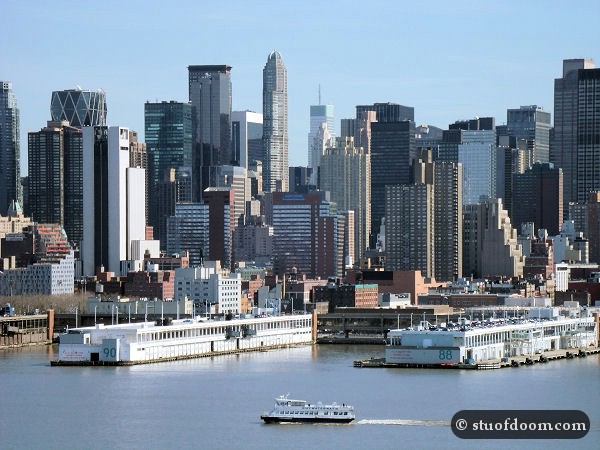 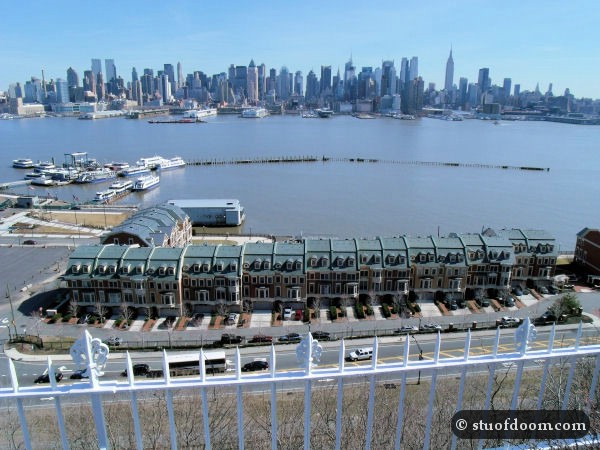