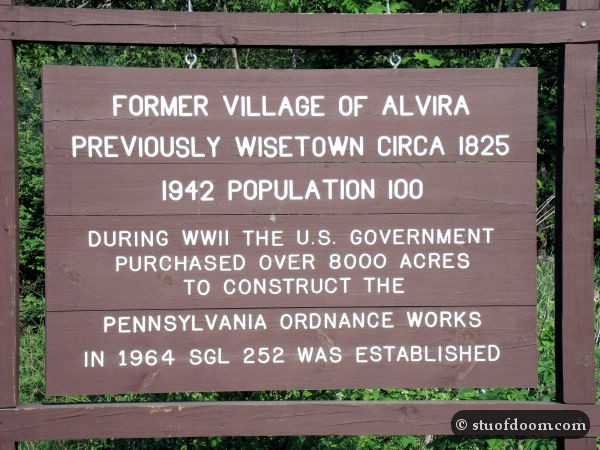 Man, was this an adventure. When a game commissioner has to drive you back to your car, you know you had a good day.

I had read about a ghost town called Alvira which was used during World War II to produce munitions.  The government purchased the town and surrounding land via eminent domain (i.e. everyone was kicked out and given almost nothing for their land) and promised residents they could get their land back after the war.  Obviously that did not happen.

Alvira was supposed to have remnants of both its life as a quiet village and also that of its military usage.  And off we went.

My GPS and map sent us down a dirt road which eventually dead ended at a gate covered with barbed wire and a sign stating we were approaching prison property.  Deciding that this was probably not the right way in, we wisely chose to find another way.  Eventually, we wound up parking in a game lands parking lot.  Armed at this point with only GPS coordinates leading to a few geocaches, we decided to hike in.  About a half mile or so down the trail, we came across our first bunker: 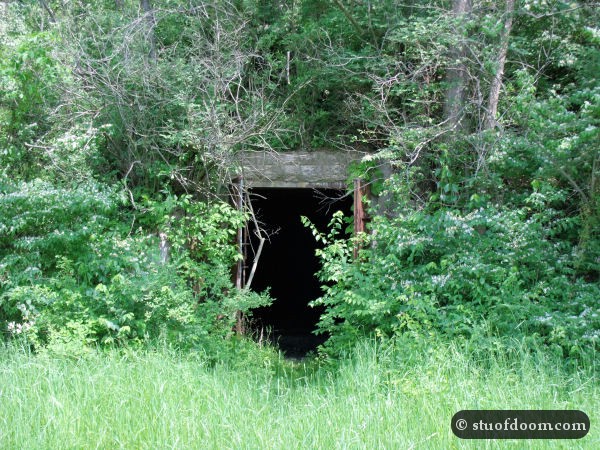 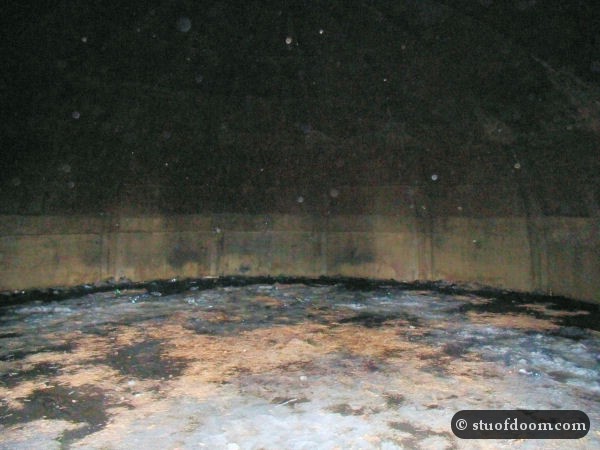 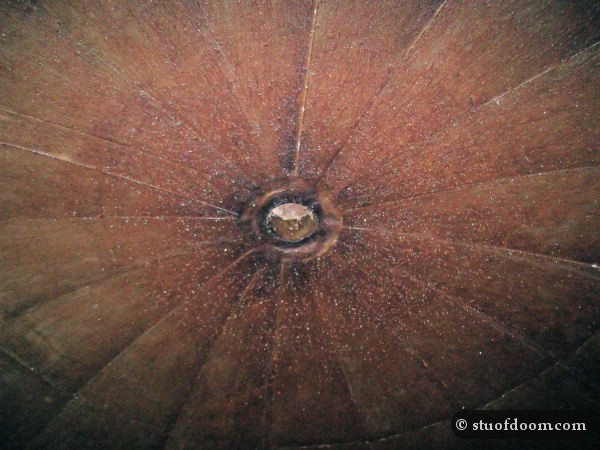 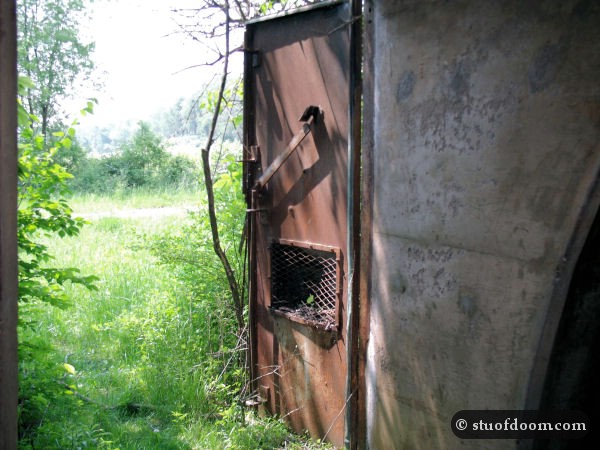 From here we eventually came across a lake.  Down another trail we came across two more bunkers.  One was sealed shut, while the other one was wide open and filled with random stuff. 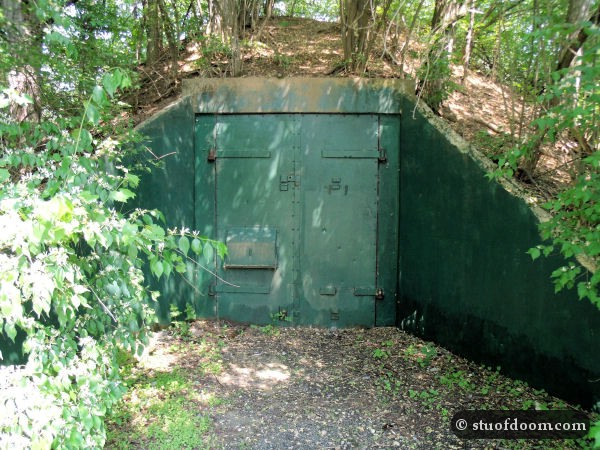 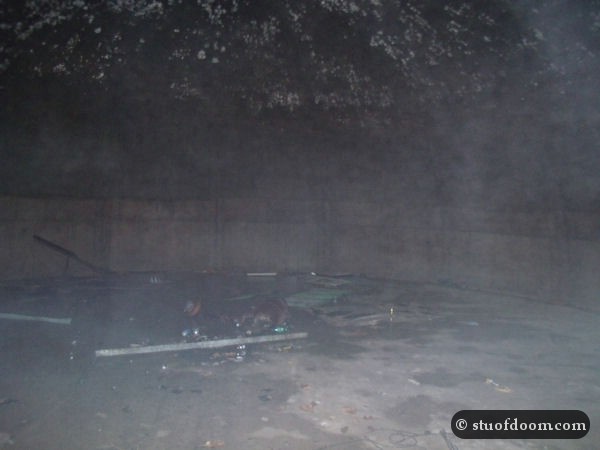 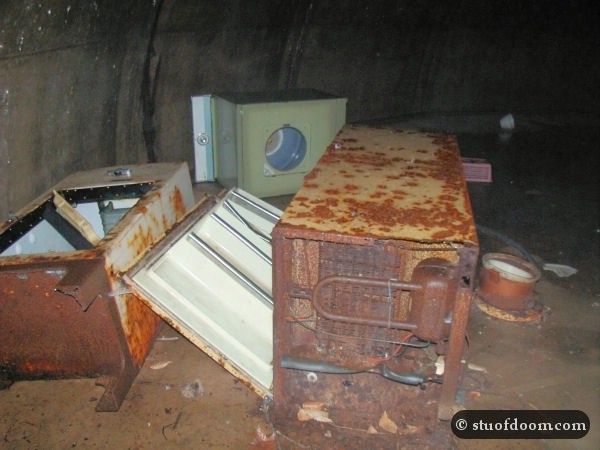 We were happy to find so many bunkers, but by this point we were wondering where the actual ghost town was.  I had seen pictures of signs for it online but had yet to come across any.  My GPS coordinates only pointed to these few bunkers, so I was clueless.  We found what looked like a main trail and walked on it for a bit.  Eventually we came to a small building, which turned out to be the office for the game commissioner.  We went in and asked the people inside if they knew where Alvira was.  They told us the town itself was just up the road a bit, along with the ruins of two churches and some cemeteries.  We mentioned we had found a few bunkers on the way in.  One of the guys responded with, “Of course you did; there’s over 140 of them.”
We then said we weren’t completely sure where we were in relation to our car; we were a bit lost by this point (hey, it happens).  One of the workers gave me a map of the game lands that had all the known bunkers marked on it.  From this we figured out where we parked.  One of the guys was heading home and offered to drive us out to our car.  On the way to our car, we passed by the sign for Alvira (posted at the top of this article).
Once back at the car, we retraced the roads and paths the commissioner drove.  Along the roadway near the commissioner’s office, we found a few foundations of what I’m guessing were houses.  There were a few markers with numbers and letters on them as well.  A few bunkers were along this dirt road as well, though they were mostly sealed shut.  Some were vandalized pretty badly too. 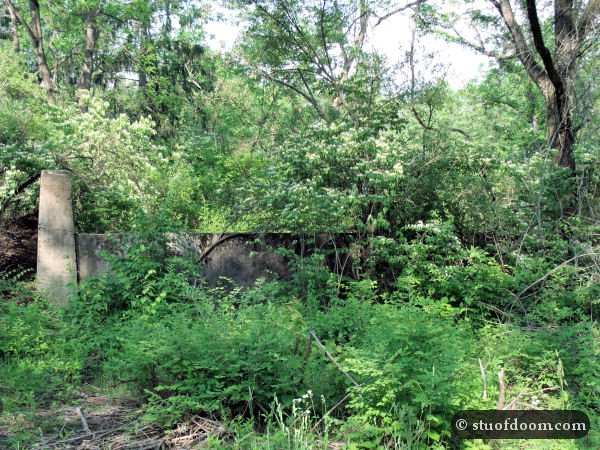 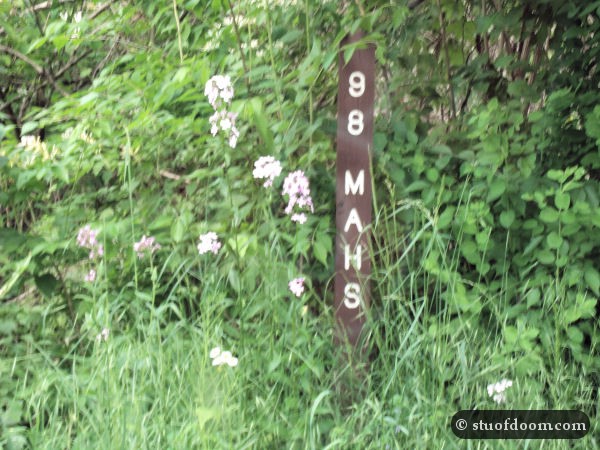 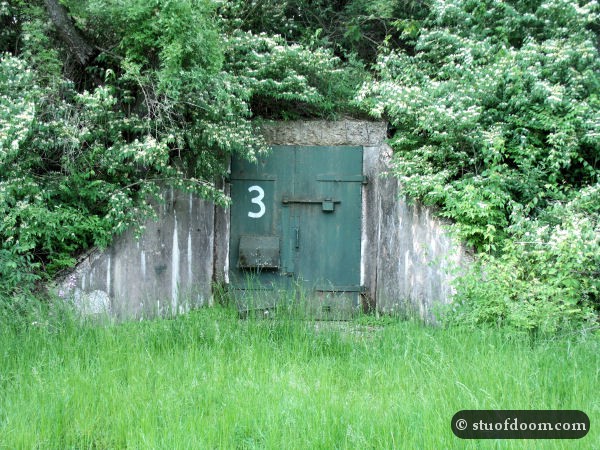 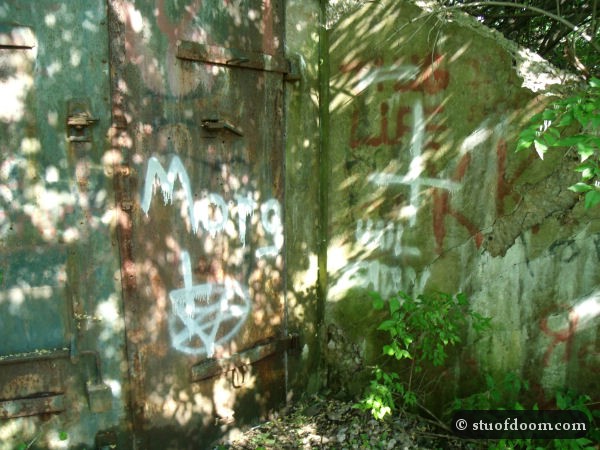 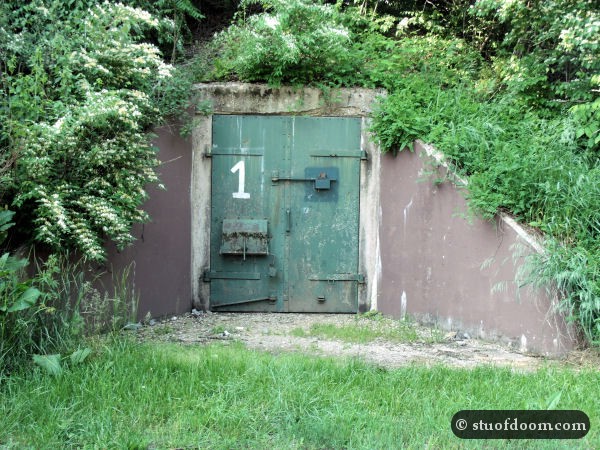 Down the road even farther, we passed a few cemeteries.  The one at the very end of the road is what drew our attention, however.  Pillars and plaques from an old church still stood, though in bad shape.  Almost nothing was left of the church itself, other than some rubble from its foundation.
Behind this area we found yet another barbed wire fence, with the prison off in the distance. 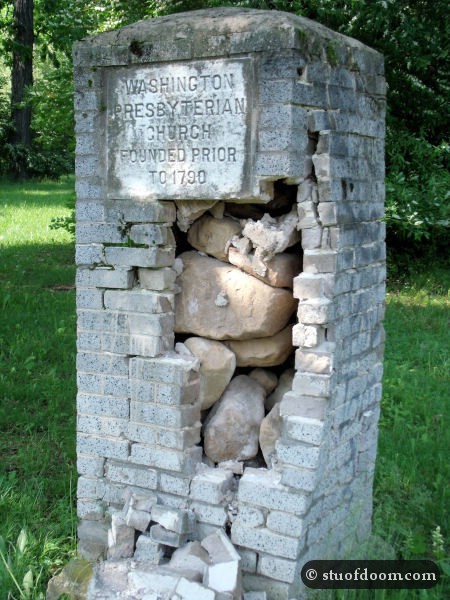 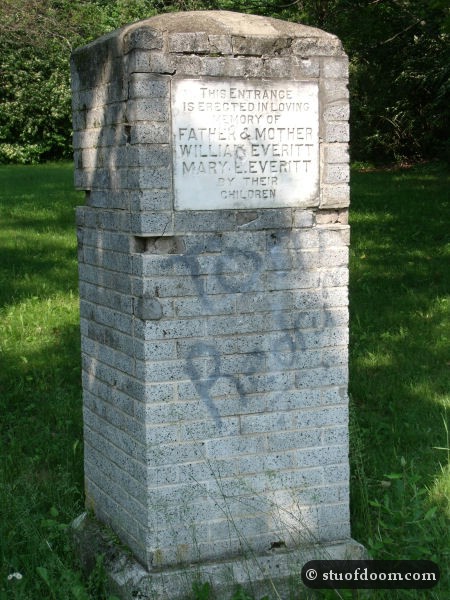 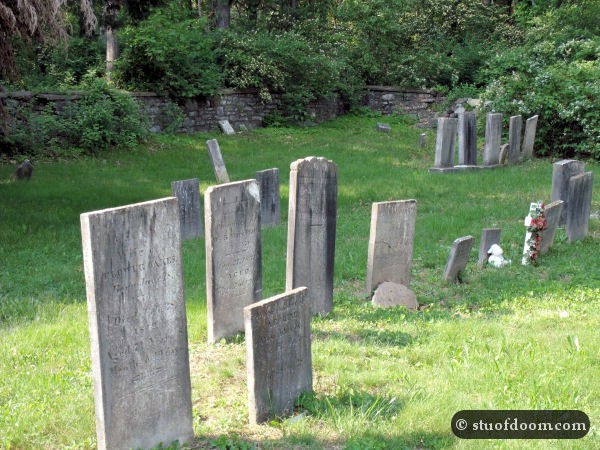 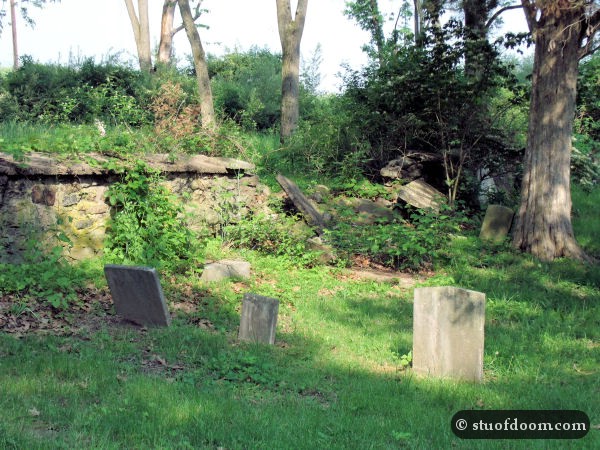 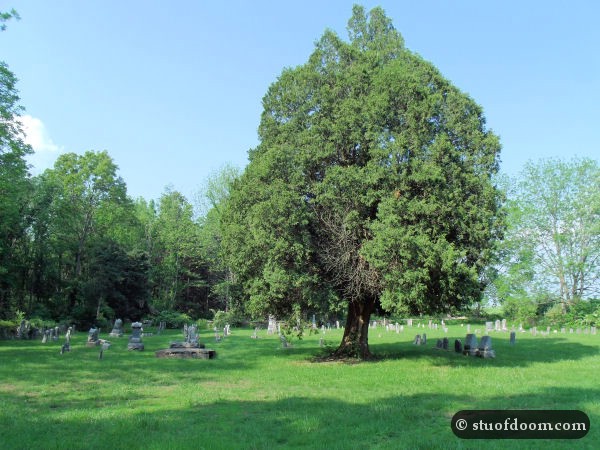 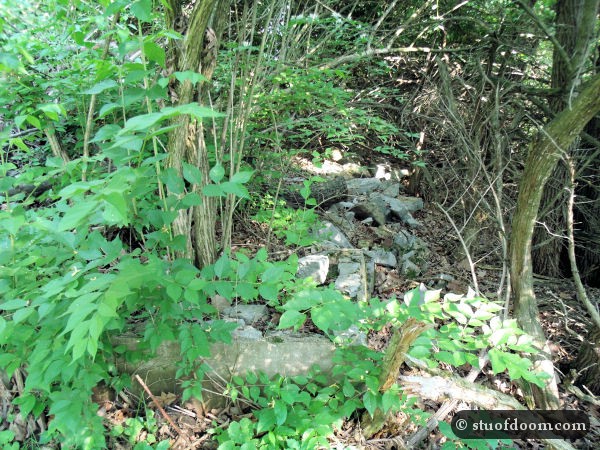 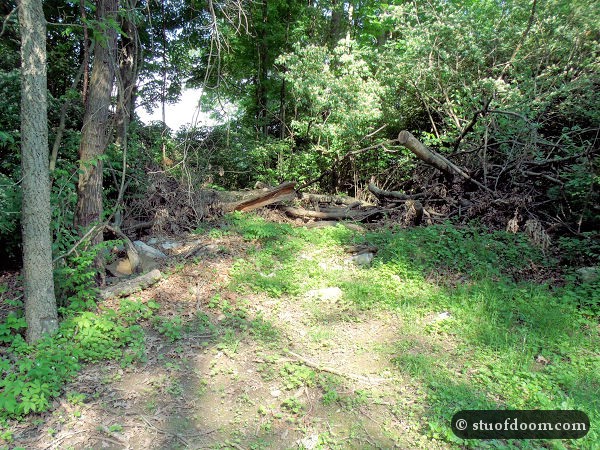 Overall, despite the blunders we made (not having enough information, getting lost, etc.), this was an enjoyable trip.  There wasn’t as much of the actual town left as I had hoped, but the number of bunkers made up for that. 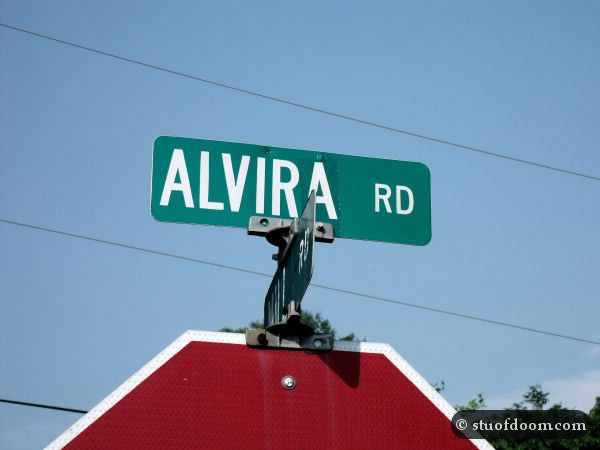