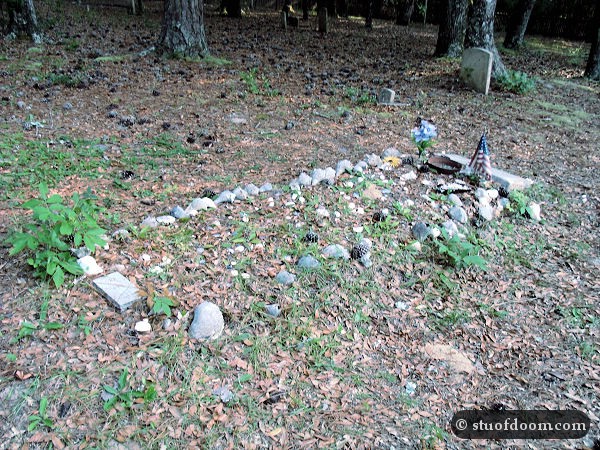 This wound up being a 2 part trip.  My wife and I have been vacationing in southern North Carolina for a few years.  While looking up things to do, both traditional and nontraditional (you can only go to Myrtle Beach so many times), I found something about Fort Fisher, which saw some combat during the Civil War.  This was somewhat intriguing, but what was even more interesting was something being mentioned about a hermit living in a World War II-era bunker near the fort.  So off we went.

The fort has a small but informative museum regarding Fort Fisher’s history and involvement with the Civil War and World War II.  We walked around the fort grounds for a bit.  There wasn’t all that much – a few cannons and some mounds.  No signs indicated anything about a WWII bunker or a hermit.  After going to the nearby state aquarium (that had an albino alligator), we resumed our search for the elusive bunker but came up empty.  Running out of daylight, we decided to do some more research and try again next year. 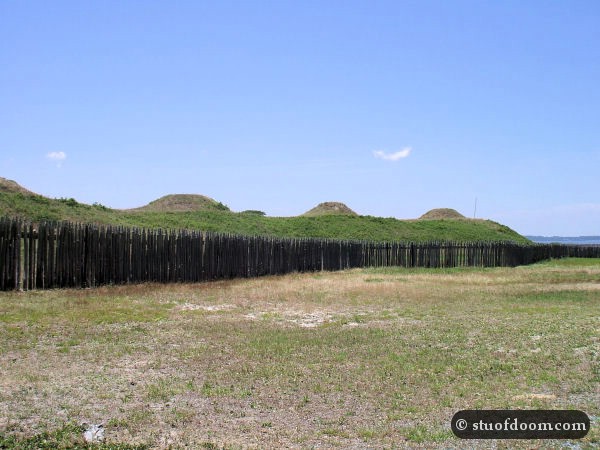 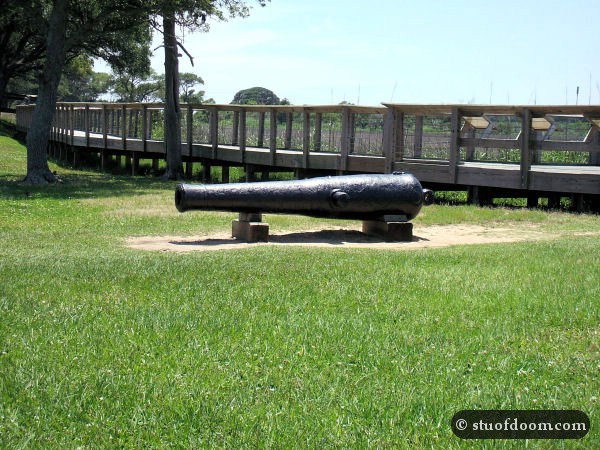 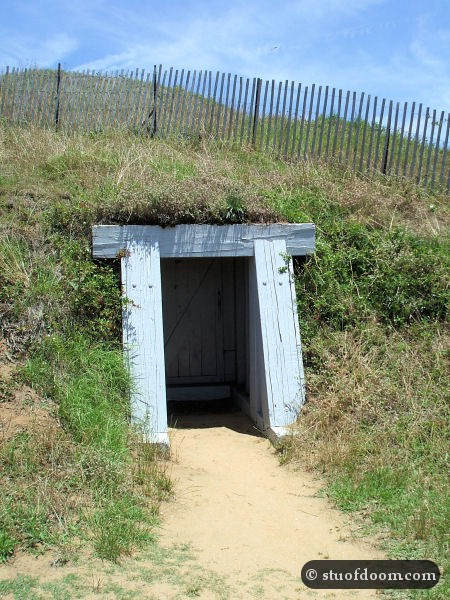 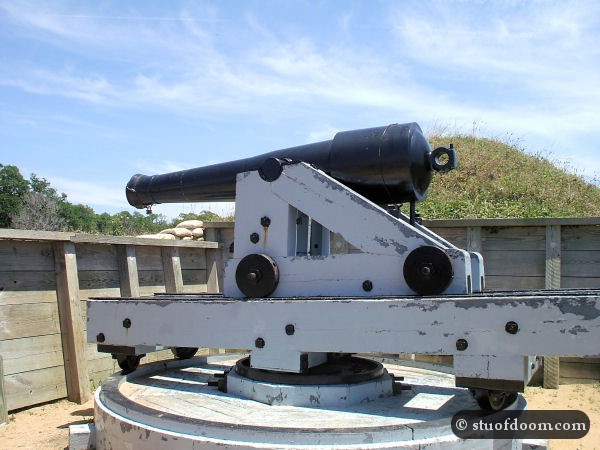 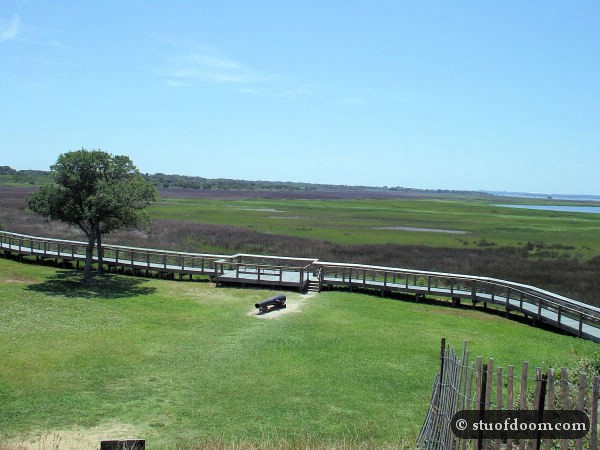 The following year, we were much better prepared.  With coordinates and geocaching hints, we had a much better idea of where we were going.  We parked near the beach access and walked down the beach.  Eventually, a boardwalk led the way. 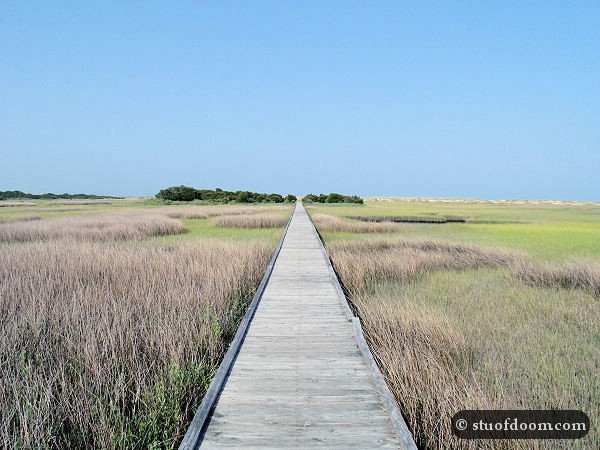 As we progressed, the flies became more unbearable.  Finally, we reached the bunker, which was much smaller than I expected, and not necessarily what I think of when I hear the word “bunker.”  By this point, the flies had left, but immediately upon arriving at the bunker site, we were attacked by the largest, most persistent swarm of mosquitoes I have ever encountered.  Seriously.  Just in the area in front of the bunker.  How does that work?

I quickly snapped pictures of the outside of the bunker, the inside, a plaque on it, and a sign to the sign which I’m guessing highlighted the life of Robert E. Harrill, the Fort Fisher Hermit.  I’m not really sure, to be honest, because I didn’t get to read it.  I took my 4 pics and hauled out of there.  We must have killed a hundred mosquitoes each.  Our arms were literally covered in them.  Interestingly, just a few yards away from the hermit’s homestead, the mosquitoes stopped following us. 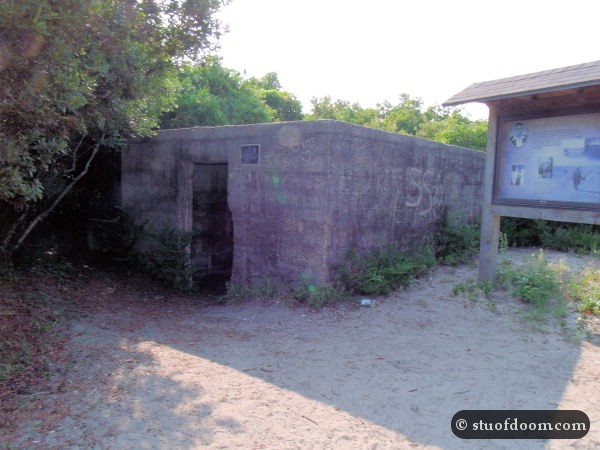 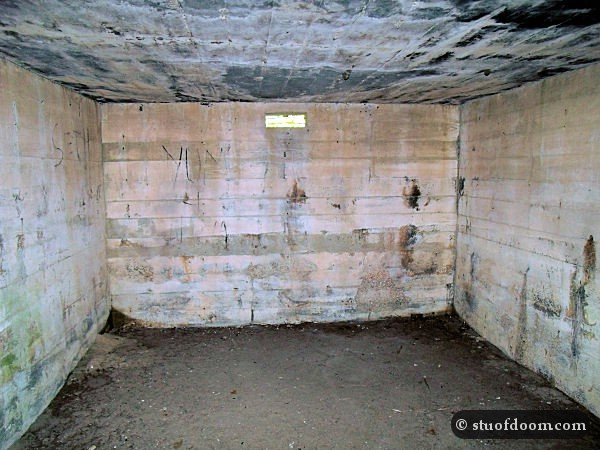 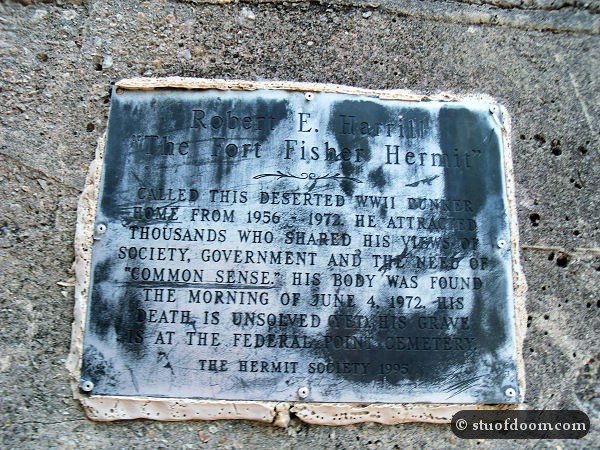 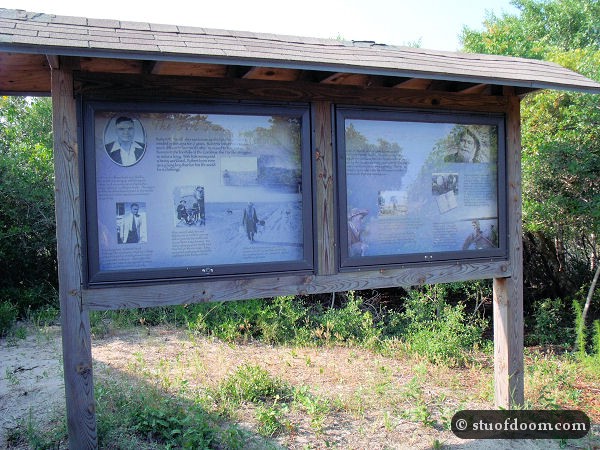 Robert Harrill lived in this tiny building for nearly 15 years; all it took for me was about 30 seconds to decide to vacate.  Considered somewhat of a philosopher, he received many visitors during his time as a hermit.

We learned Harrill’s grave was found a few miles from Fort Fisher (he was found dead in his bunker in 1972). 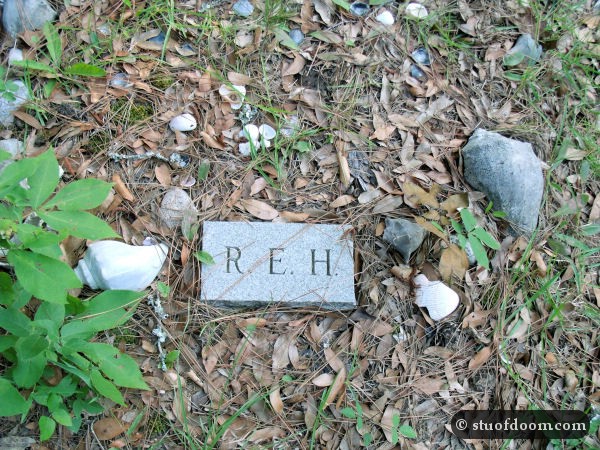 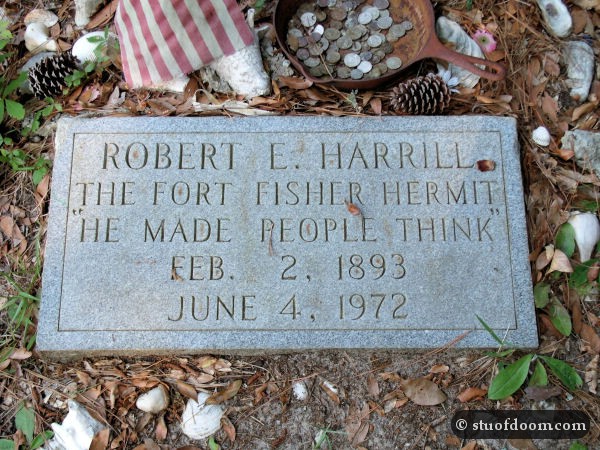 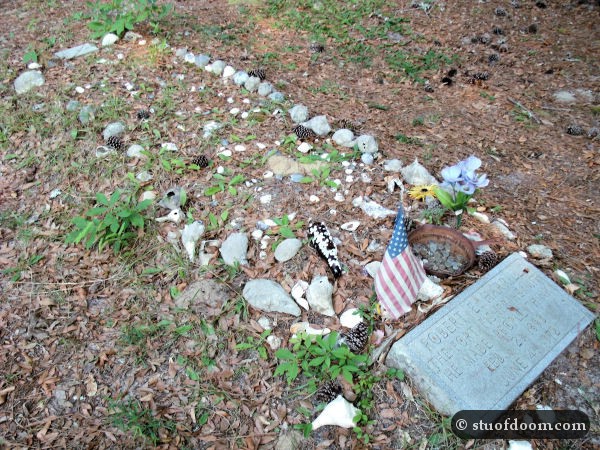 I found it interesting that Fort Fisher’s official website mentions nothing of its hermit.  Little indication is given as to where exactly the bunker is, and it seems a private group provided the signage and plaques in his honor.  Robert’s story, and his final dwelling, are fairly elusive to the casual tourist.

Perhaps that’s the way he would want it to be.

1 thought on “Fort Fisher and the Hermit’s Bunker”