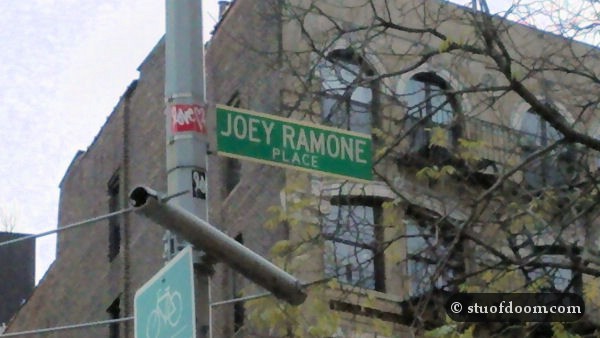 I laugh whenever anyone says history classes are boring, because I’ve taken some really cool and unusual ones, case in point The History of Rock n’ Roll.  Yes, I swear that was a real class, and an excellent one at that.  For a class trip, we took a guided “Rock n’ Roll Tour” of New York City’s East Village.  Unfortunately, after only a half hour or so, the batteries in my camera died, so I had to resort to my phone’s camera.  And THEN it started to rain.  Oh well.  Still had a fun time seeing places significant to rock history and roaming around the city a bit.

One thing I noticed right away was the way power lines and traffic signals were decorated: 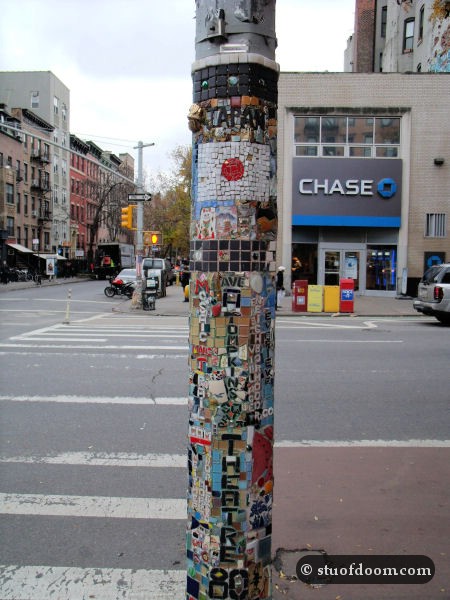 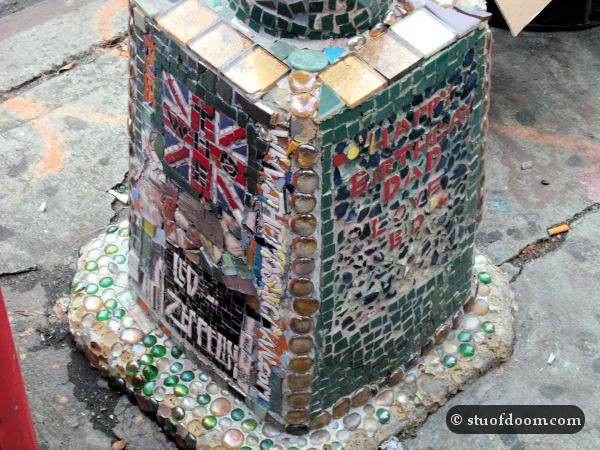 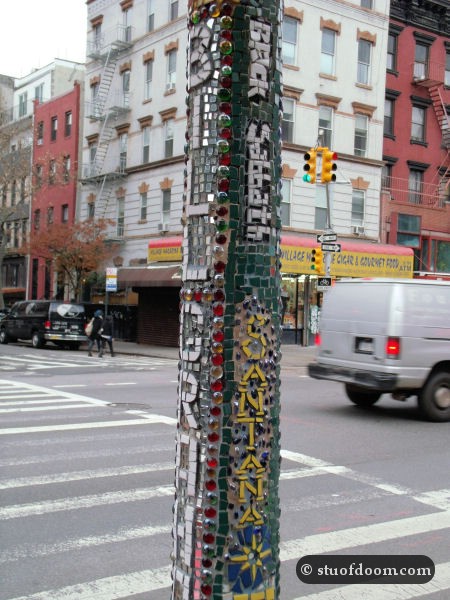 Most of the places visited fell under one of three categories:  they were old clubs, places photographed for album covers, or former residences of rock stars.  I know some of this doesn’t translate well into a write-up, especially pictures of apartment buildings, but I will do my best.

One of our first stops was this mural on the side of the Niagara bar.  Joe Strummer was the singer and rhythm guitarist for The Clash. 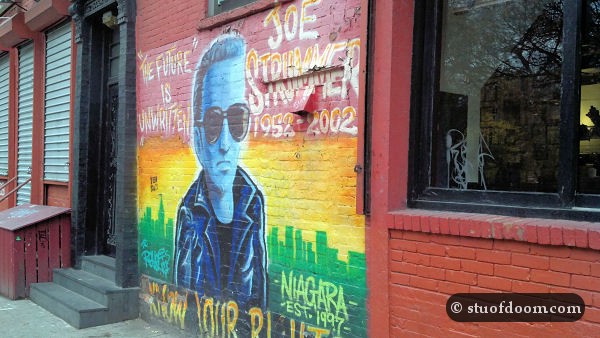 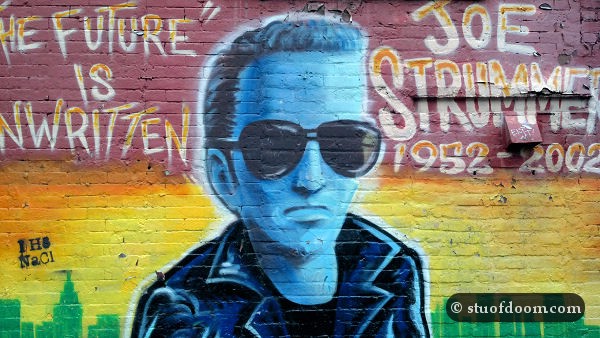 The Continental was important during the beginnings of the punk and new wave scenes in NYC.  The Ramones, Iggy Pop, and many, many more played here. 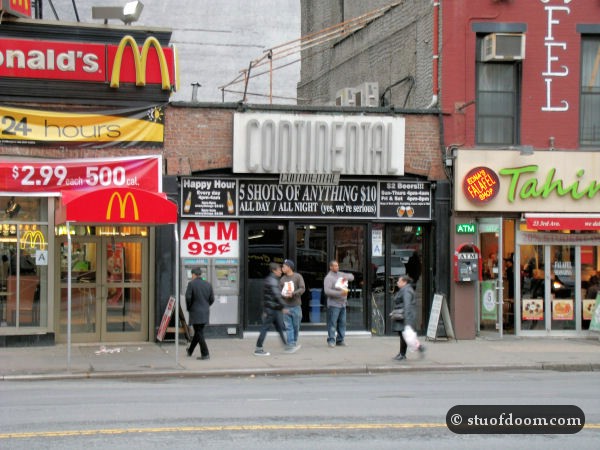 This place must have been crammed when bands were playing. 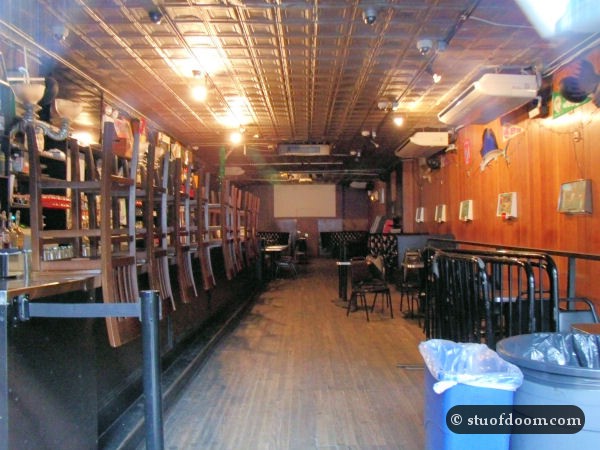 The Fillmore East is now a bank.  Due to construction, I couldn’t get a good pic of the entire building front.  The Allman Brothers Band’s famous live album was recorded here. 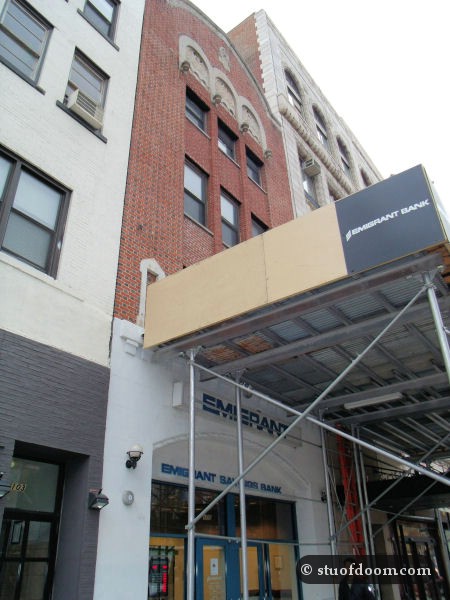 CBGB closed in 2006.  Countless bands played there over the years, but again this club was very important to the New York punk and new wave scenes.  Bands including Blondie, the B-52’s, The Talking Heads, and again the Ramones got their starts playing in this and other local clubs.  It is now a vintage clothing store.  Some remnants of its club days remain, such as the layers of band stickers stuck on the walls and even ceiling.  I tried to get a picture of some of these stickers, but a big bouncer dude came over, jammed his finger into my shoulder, and said, “You can’t take no pictures in here.”  I was then asked to leave.  Leave it to me to get kicked out of a club when it’s not even a club anymore.  So just an outside shot will have to suffice. 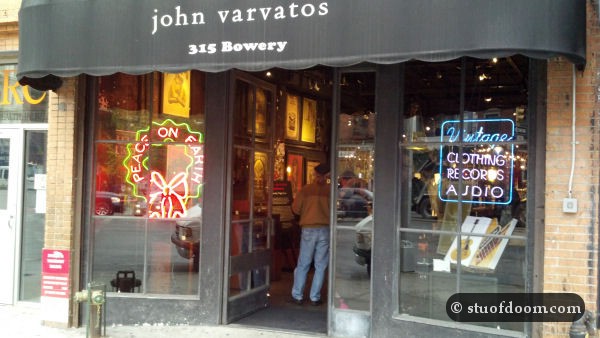 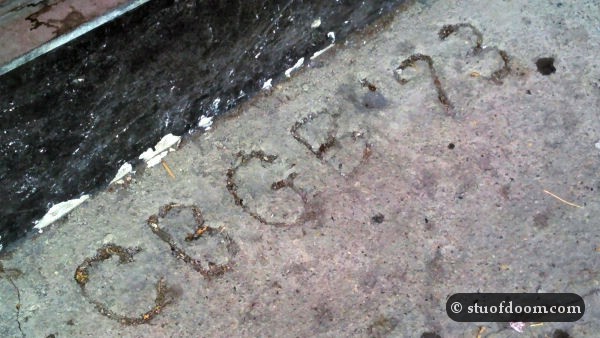 The next batch of places are locations from various album covers.

The Gem Spa is a famous newsstand in the Village.  It’s also featured on the back cover of the New York Dolls’ first album. 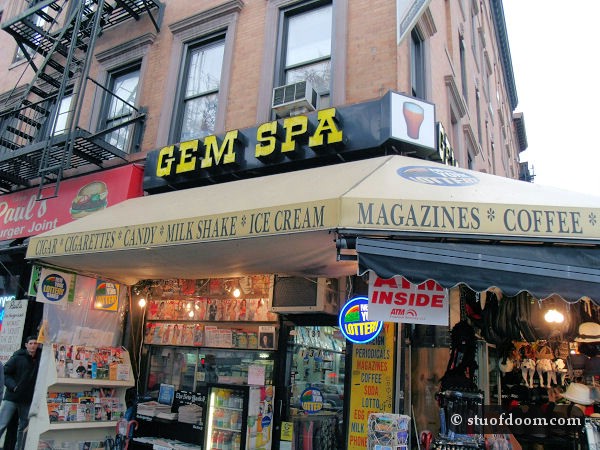 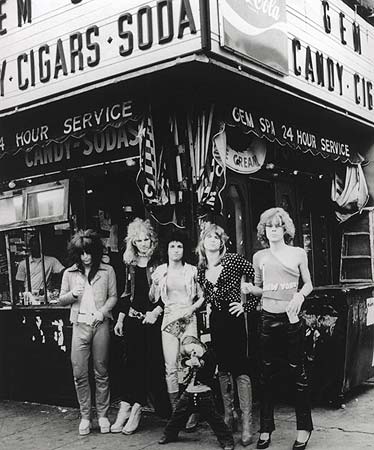 This may look familiar to Led Zeppelin fans: 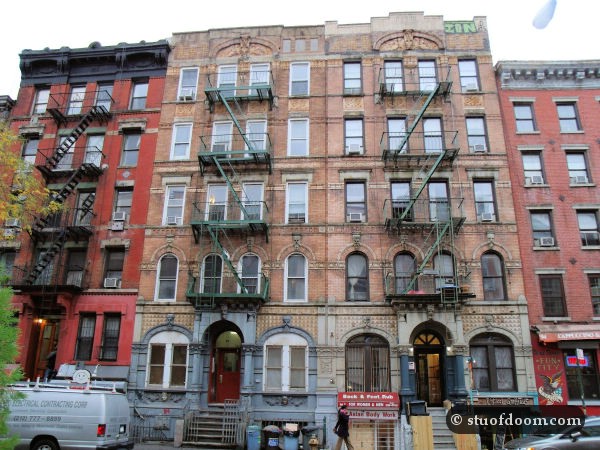 These buildings were used for the cover of Physical Graffiti, minus one floor: 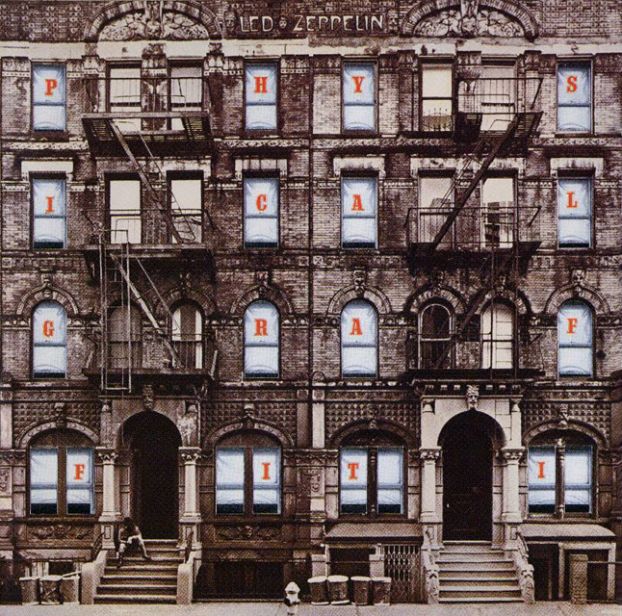 Unfortunately, the gate was closed, so I couldn’t get closer to this next one. 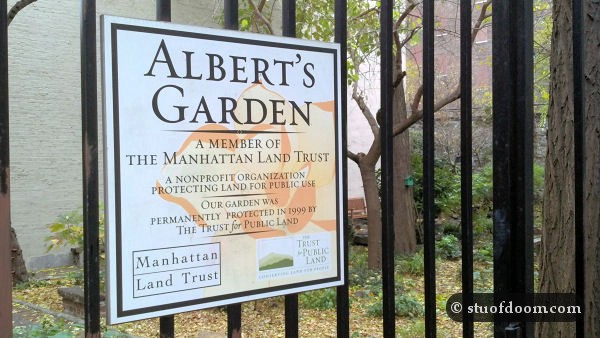 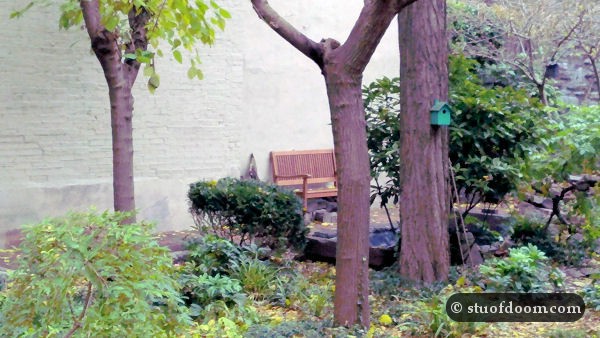 OK, so what’s the significance of that wall?  It’s where the first Ramones cover was shot: 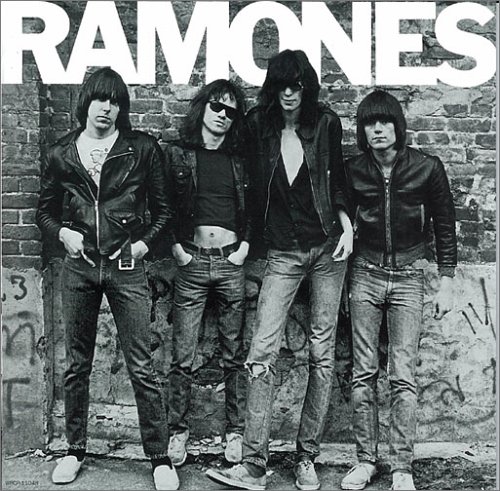 The tour briefly stopped at a building where Charlie Parker, famous jazz musician, lived.  His home is actually on the National Register of Historic Places.  There’s a plaque on the front of the building, but the tour moved on before I could approach it and get a picture.  Right next to this building is an apartment where Iggy Pop stayed. 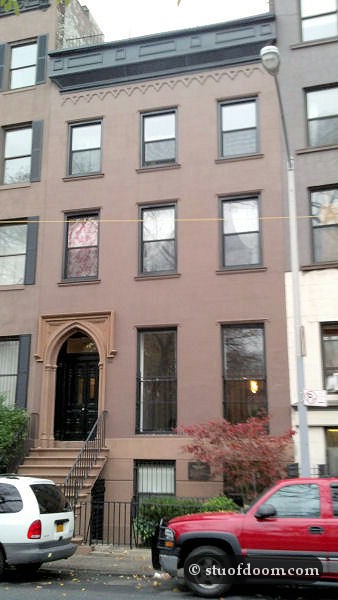 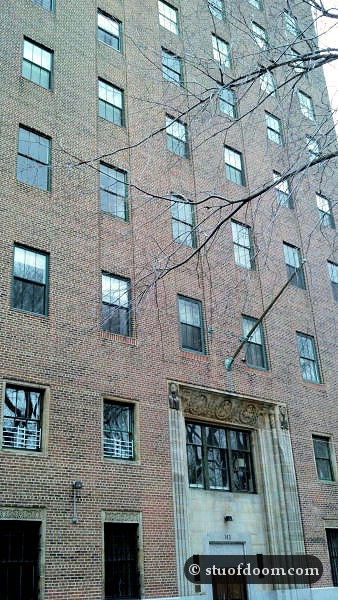 One of our last stops was a building where Madonna stayed early in her career: 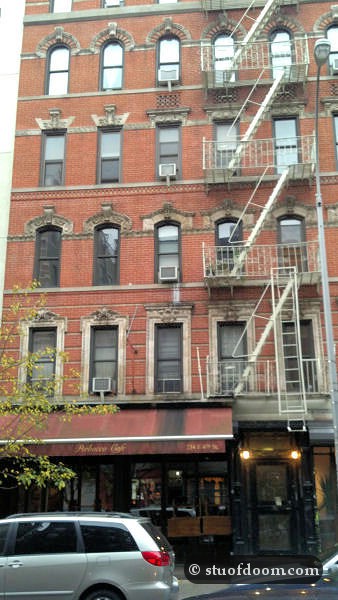 All in all, this was a fun trip.  Again, I know it’s not much to look at; can’t really do much to make pictures of apartments interesting.