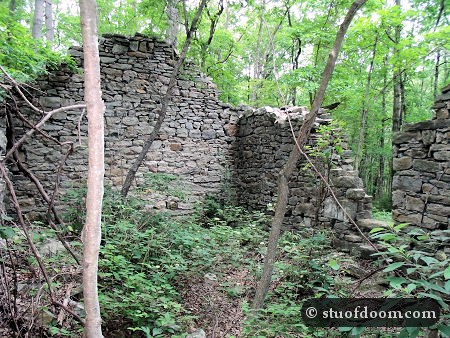 Another find via geocaching.  Seriously, if you’ve never geocached, get a GPS or smartphone and go play already.

I was surprised to read that a ghost town was only 20 minutes or so from me.  Lausanne, near present-day Jim Thorpe, has very little written about it, and not all that much remains.  The little I know has come from a geocaching description and talking to a group of anthropologists (more on that later).

With almost no knowledge and armed only with a camera, phone, and GPS, I set out early in the morning to the first set of coordinates.  I knew the trek would be a few miles (how many exactly, I forget now) and that I was being led to a few different locations.  This corridor of green was a promising start to the expedition: 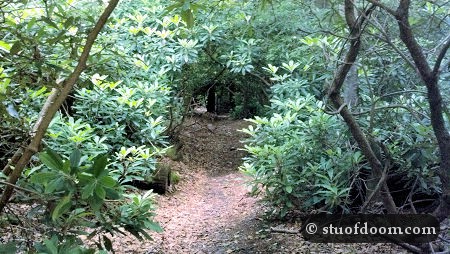 I had read that there would be the remains of an old toll bridge somewhere along the trail.  I crossed water three times on the way to the first destination, but I wasn’t sure just where the bridge was supposed to have been.  The first crossing had an actual bridge, one of the more unusual ones I’ve seen: 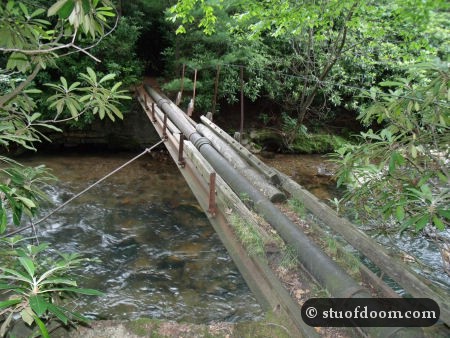 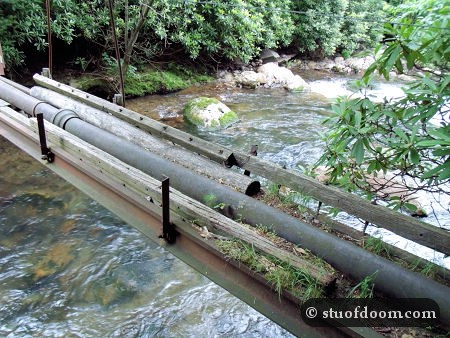 The second crossing had some old planks and pipes in the water, but seeing that this was barely a stream and I stepped over it without getting my shoes wet, I highly doubt there was a toll bridge here: 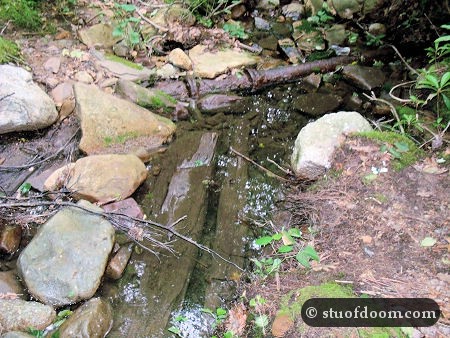 Yet another crossing led to a somewhat larger stream with a rock wall nearby.  Maybe the bridge was here. 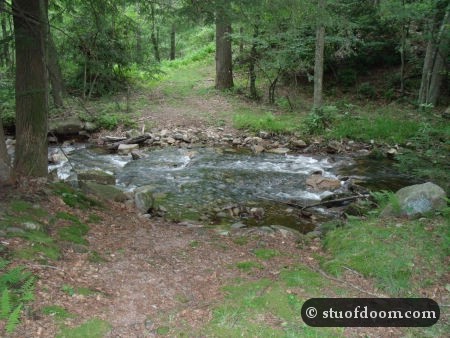 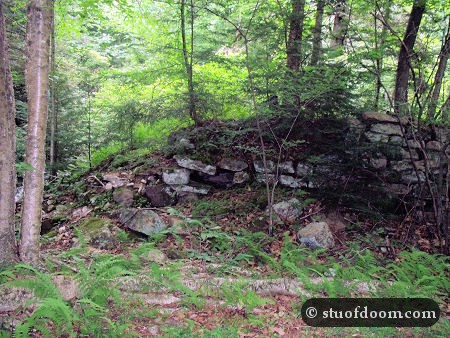 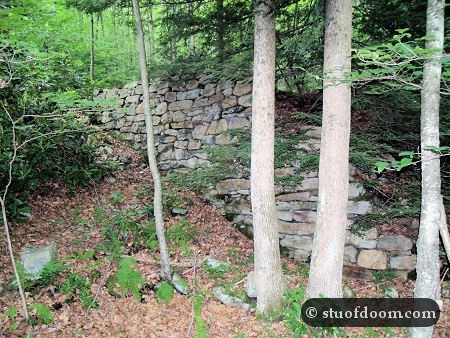 After getting lost once and crossing three streams (or the same stream three times) I finally came to the first goal of my tour of Lausanne – several foundations of either houses or storage buildings (as per one of the anthropologists I spoke with): 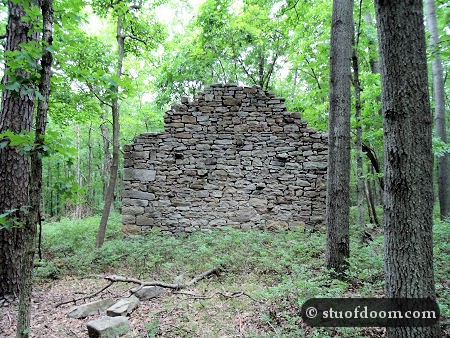 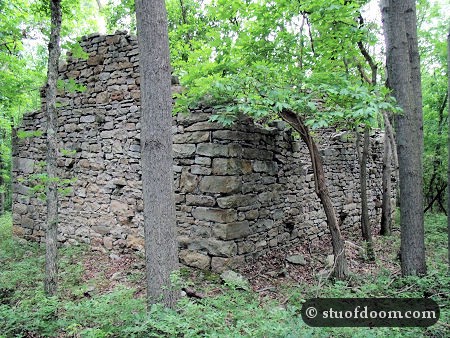 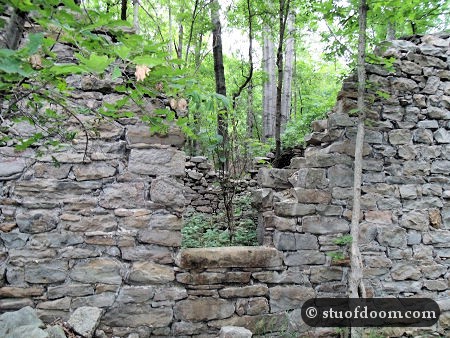 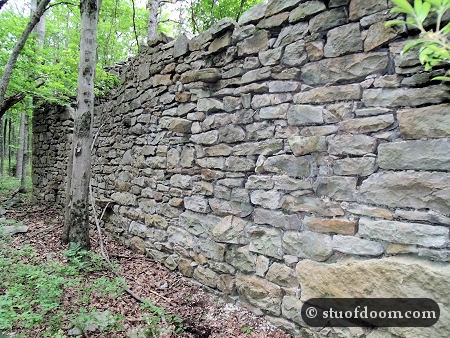 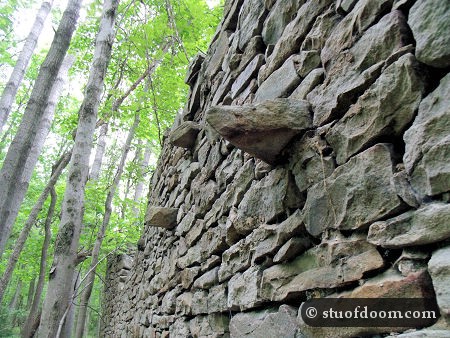 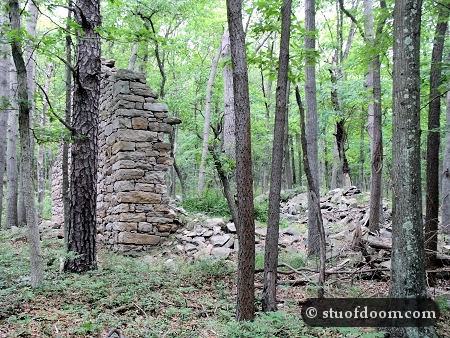 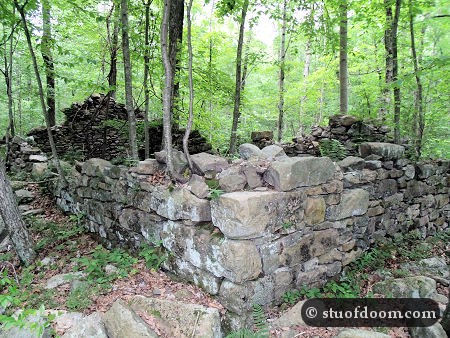 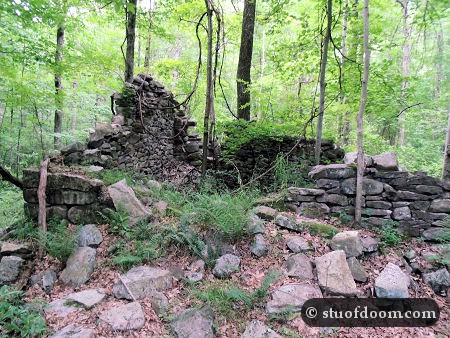 I roamed among the ruins of the homes/storage buildings for a little bit and then entered a second set of coordinates that would take me somewhat back the way I just came from, but past my starting point.  But first there was one more water crossing, this time over a type of bridge I had never seen before.  And this time it was the actual Lehigh River, not some piddle of a stream. 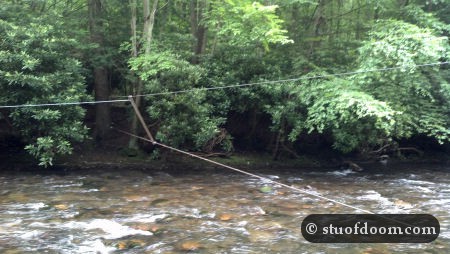 Yep, this “bridge” was just two cables going across the river.  I was about to cross when I noticed someone coming from the other side.  And then someone else.  And then another.  About a dozen people came across the bridge and looked rather confused with me being there. 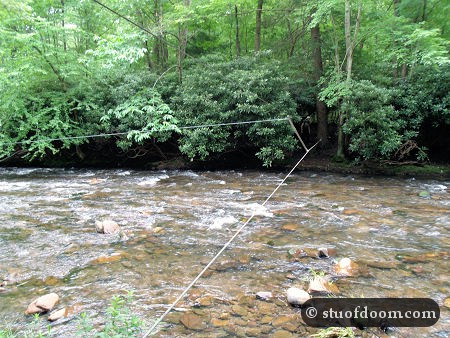 One talked to me and I explained I was ghost town hunting/geocaching.  They told me they were anthropologists from Temple University and had an excavation site not too far away.  I asked if they knew about Lausanne at all, and one said he did.  He was the one that said the houses I just came from may have instead been used for storage.  We talked a little longer, and then I decided it was time to make my way across the cable bridge and finish up my exploration of Lausanne.

I finally made it to the old town square; a hotel and post office once stood at the site. 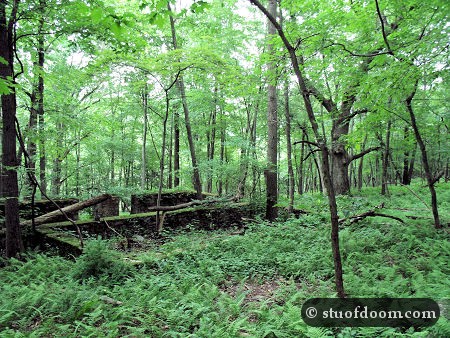 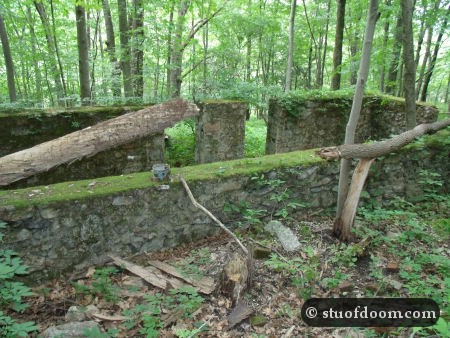 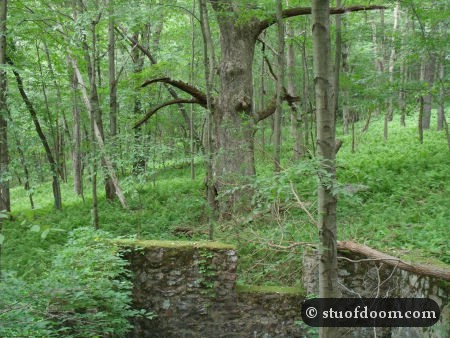 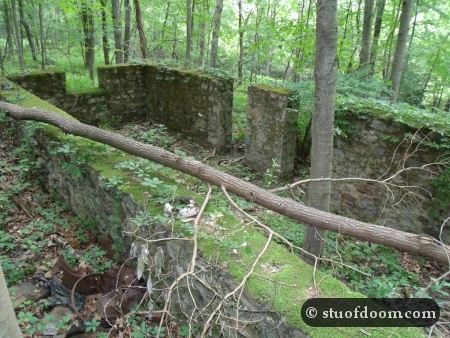 I roamed the area for a little bit; a lot of it was quite overgrown.  I then made my way back to the car, which was not that far away from the town square.  All in all, this was a fun little adventure.  Being guided to different areas by GPS coordinates and having to cross the cable bridge really made this outing stand out. 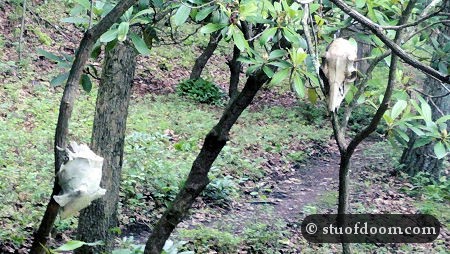