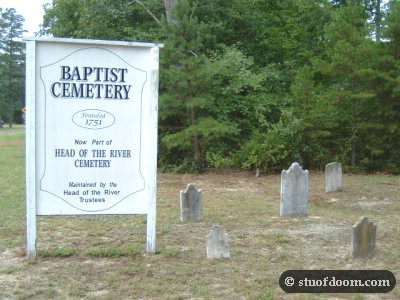 Thanks to NJ Pines & Down Jersey for helping with some of the info.

I’ve passed Head of the River Church many times going to other places, 2 being the Abandoned Cranberry Mill and Aetna Furnace. I never really thought much about the church until I read about it in Beck’s More Forgotten Towns of Southern New Jersey. It mentioned graves across the road that were apparently forgotten and overgrown. I read a few other articles that had also mentioned a tiny graveyard separate from the one around the church. A few forum members also said they knew about the “hidden cemetery”, so I decided to look for it next time I was down that way.

What I found were five graves, across the road from the church and cemetery (as the book had said). They’ve been rescued from the woods, so to speak, and appear to be maintained. We briefly looked around to see if any other stones were in the woods, but we couldn’t see any. Near the 5 graves were 2 stubs, which looked like they could have been foot stones. Since the cemetery here is 200+ years old, it’s possible there are other graves and the stones have since crumbled or otherwise vanished. 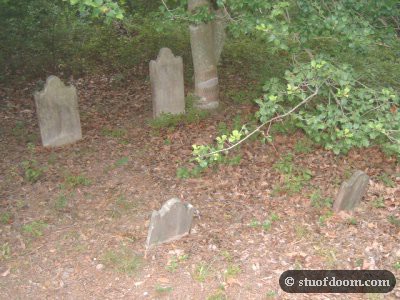 The graves are those of Baptists. Head of the River and its surrounding graveyard were for Methodists. These Baptists were buried across the way because they weren’t allowed to be buried in a Methodist cemetery. One of the buried Baptists is Reverend Grooms, who lost out because of his beliefs not once, but twice. First his fellow Baptists shunned him for wanting to preach at a Methodist church, and he became an outcast because of this decision. Then, despite trying to unite with the Methodists and even being allowed to preach at their church, he still wasn’t permitted to be buried among them. He wanted to join both groups but ultimately was never completely accepted by either. Poor guy.
Also buried here are Mrs. Grooms, the Grooms’ 2 children, and another Reverend, Isaac Bonnell. 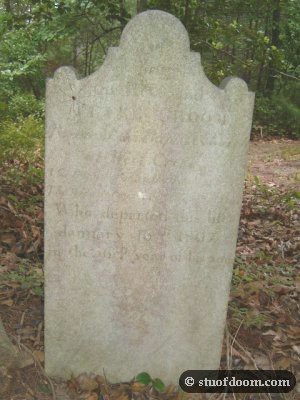 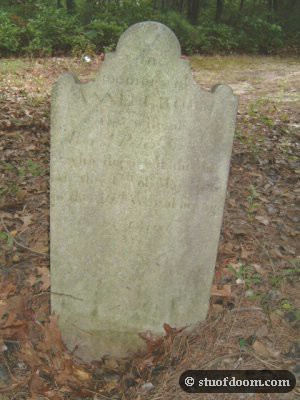 The stones are in surprisingly good shape. 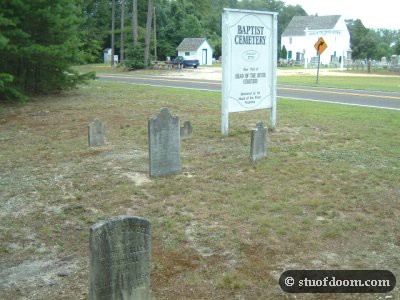 …oh yeah. Here’s a big ol’ spider we saw in the big cemetery: 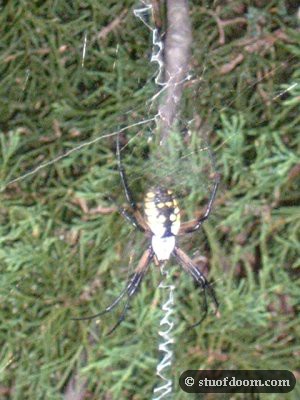